This mixtape was released on April 15th this year. I don’t really know shit about Lil Uzi Vert honestly. The only song I’ve ever heard with him is Drop by Tayyib Ali. All I know is that he makes Trap music. This tape got a lot of buzz when it dropped, so I’m assuming there’s at least one good song here. One of my white friends told me that this was a good mixtape, but he also told me that To Pimp A Butterfly was ass, so we don’t really have similar taste in music. It’s only 9 tracks tho, so if it ends up being wack it won’t last too long. Also, that mixtape cover is dope af. My sister said it was bad, but she’s trippin’. I fuck with that mixtape cover. I’m expecting this to be wack. Hopefully there’ll be at least one good song tho.

Hahaha. Damn. Nah. I’m not gonna like this tape. “Lil Uzi OOOH / I got hella groupies OOOOH / Smokin’ backwoods, I don’t fuck with doobies OOOOH.” This song is 100% struggle bars so far. What the fuck… Is this really as bad as I think it is? It can’t be… This is fucking awful. His voice is so annoying. Y’all like this shit? Maybe I’m just not in the mood to listen to Trap music right now… The beat’s dope. I really don’t like Uzi’s voice tho… I don’t remember his voice being this annoying in Drop. Lyrically, this is terrible. “Literally I’m cold as fuck.” I get way more angry than I should when people incorrectly use the word “literally.” What the fuck… I can’t believe how wack these verses are… What the fuck is he doing? This sounds like it was written by a 5 year old. As you could’ve guessed from the Scott Pilgrim inspired artwork, there are a lot of references to nerdy shit like Pokemon, but he’s not really doing it well… I guess there aren’t really any other Trap artists who’ll reference shit like that. I’m not feelin’ this shit. I did like the beat tho. Maaly Raw did his thing. Other than that, this shit is wack. 2/5

Okay, this beat is dope af. The hook was alright. The first verse is terrible. I don’t know why I’d ever wanna hear this shit again. The bars just aren’t there. That’s usually not a problem for Trap artists, but Uzi’s flow and delivery just aren’t entertaining enough. It’s just pissing me off. “Boy you hate cause you can’t live your life like this.” I’m pretty sure I’d still dislike this even if I was “driving my car and that bitch ain’t no lease.” I get that you’re not supposed to enjoy Lil Uzi Vert for his lyrics—’cause his lyrics are fucking God awful—but it’s not like he has a super interesting flow or delivery. I guess the hook is KINDA catchy, but other than that I don’t really see the appeal. Aside from Maaly Raw. Maaly Raw actually has talent. This beat is dope af. That’s it tho. I’m not feelin’ this shit. This is wack to me. 2/5 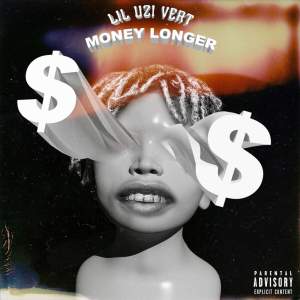 This beat is pretty underwhelming compared to the first two songs. The bass doesn’t hit hard enough, and the primary loop is a little too high pitched for my liking. This hook isn’t good. He’s completely off beat. I could see myself enjoying the first two tracks if I was high as shit, but I can’t tolerate this shit if he’s not even on the beat. Hahaha. Jesus Christ, Uzi. This is so fucking bad. “Money so old that it’s spoiled / My lil’ bitch so spoiled / I rub her down in oil / I got money now you know it.” This is so boring. The bars are just pathetic. The hook doesn’t even have a catchy melody. It lasts way too long too. Why does he even rap? You shouldn’t be struggling this much to write 16 bars. I can’t stand this song. This is easily the wackest shit on the tape so far. At least he was on beat for the previous two tracks. This is awful. 1/5

“That’s just coke up in her nose, that ain’t no booger.” That’s easily the most interesting thing Uzi has said on this whole tape, but for all the wrong reasons. Why am I listening to this shit? This was a terrible idea… This is what I would expect Young Thug’s 5 year old son to sound like. I can’t do this. This is so fucking bad. What can I say about this track that I haven’t already said. Lyrics? Awful. Flow? Basic as fuck. Hook? Boring as shit. Beat? Decent. I’m not feelin’ this shit. This is wack to me. 2/5

This beat is pretty underwhelming. Metro Boomin’ can do better. It’s not terrible. It’s decent. The hook is pretty boring. What is even the point of reviewing this shit? It doesn’t exactly require the most in-depth analysis. The hook lasts way too long, and the verse is trash. Choosing to listen to this mixtape has turned out to be the biggest mistake I’ve made all year. There’s a lot of Young Thug & Future influence. That’s not a good thing for me personally. Nothing on this tape has really caught my attention yet. Well, not for good reasons at least… This is another bad song. 2/5

Woah. This beat is actually dope af. HAHAHA. Holy fuck. This hook is fucking horrible. Jesus fucking Christ. Wow. I can’t believe this shit. Hahahaha. This is so bad. If you can listen to this repetitive ass hook without losing your goddamn mind, you’re a stronger man than me. This is probably the best beat on the tape so far, and Uzi completely ruined it. Hahahahaha. No. I can’t do this one. This shit is wack af. 1/5

HAHAHAHA. Oh my God. They put a fuckin’ accordion in this beat. HAHAHA. Good lord. I actually kinda like it tho. It’s sounds stupid as fuck, but I’d be lyin’ if the actual melody wasn’t catchy. That’s really the only positive I have for this one tho. The beat’s dope. Don Cannon did a great job with this beat. He should’ve given it to a decent Trap artist. Aside from the beat, everything I said about the other songs applies to this one. This is wack to me. It’s still probably my favorite song so far tho. 2/5

This beat is dope af. I actually don’t mind this hook that much. The melody isn’t too bad. I just wish someone else was singing it. I can’t stand this guy’s voice. The verses aren’t good. I just cannot get into this shit. He’s so bad. This is definitely one of the better songs on this tape, but it’s still wack. I’m not feelin’ this shit. 2/5

Thank God. Last song. Alright, it’s starting now. This beat is pretty dope. I was really enjoying this until Lil Uzi said “Yaaaaaaauuuuuuuuaaaaaagh.” So, I guess I stopped enjoying this as soon he opened his mouth. This is another terrible song. What the fuck is this shit? He was just moaning all over this dark ass warbled beat. I’m fuckin’ done with this mixtape, man. There’s nothing left to say. This was a waste of time. This song is wack. 2/5

This mixtape is fucking awful. I really don’t see the appeal. It started off terrible, but it just got worse and worse as it went on. Some of the beats were actually pretty fresh, but other than that this is a fucking disaster. I haven’t reviewed that many mixtapes this year, but this is easily the worst one I’ve done so far. It just sounds like he recorded himself barfing out a bunch of lean, and then threw some autotune over it. I can’t believe I just listened to this shit. I’m not reviewing another Uzi Vert project unless it gets requested because this bullshit right here is a fucking catastrophe. I don’t have time to be fuckin’ around with this wack shit. Seriously, fuck this mixtape. Y’all dickriders can chill the fuck out too. I don’t give a shit if I’m “stupid” or too “old” to listen to this shit even tho I’m only 17. You’d probably be right tho because it really sounds like this shit was made for children. I don’t see how a grown man could enjoy this shit. This is fucking wack. I honestly probably overrated this shit too…