This mixtape was released on May 30th last year. I don’t really know what to expect. The only thing that I know about Lucki Eck$ is that he recently dropped the “Eck$” from his name. That sucks. I think Lucki Eck$ was a cool name. It would’ve been better if it was just Lucki Ecks tho. Anyway, I’ve only heard one song from this tape, but I liked it a lot. I still don’t know whether or not I should be excited for this shit tho… I don’t think it’s gonna be bad, but I don’t know if I’ll like it. I guess I’m expecting it to be decent.

Track 1: What I Wanna (Prod. BoatHouse)

Alright, here we go… Goddamn… This beat is absolutely dope af. Uh oh… I don’t know if I’m gonna like Lucki as an MC… Damn. How fucking high was he when he recorded this shit? He sounds like he was barely conscious. His flow isn’t even that bad tho. It’s just his pronunciation, and his delivery. Oh no… I was kinda enjoying this song at first, but… This second verse is awful. His flow is unbelievably lazy, and his vocals are pitch shifted. The lyrics are pretty goddamn wack too. This kinda sounds like Lil Uzi Vert if he was overdosing on sleeping pills. I can’t fuck with this shit. This is wack to me. 2/5

Oh no… I just realized that I’ve made a grave mistake. I shouldn’t have decided to review this mixtape… I can already tell that I’m not gonna like this shit. I’m not even really feelin’ this beat. Y’all remember that guy Don Trip? Lucki’s flow & delivery kinda remind me of that guy. That’s not a good thing. I’m not feelin’ this hook. This first verse… What the fuck? Jesus Christ. This is really bad. That first verse was awful. Lucki literally sounds like he’s about to die. It sounds like he’s been stuck in a hotbox for like 2 years. Nah. I can’t fuck with this one. This is even worse than the first song. At least the first track had a dope beat. This is just awful. This shit is wack af. 1/5 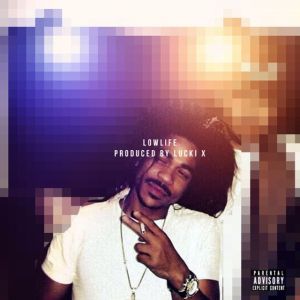 I’m not really feelin’ this beat. It’s not that bad, but it doesn’t really do anything for me. This is… This sounds like a struggle freestyle. I can’t believe how high this dude sounds right now. This song is boring as fuck. I don’t think that it’s nearly as bad as the previous track, but it’s definitely not good, or even decent. Pretty much everything about this song is below average. The beat is underwhelming. His flow is lazy as fuck. His delivery is coma inducing. The lyrics are really in one ear and out the other. “I know all about my plug; he is a lowlife / I know all about my bitch; she is a lowlife / I know all about myself; I’m one of them.” I don’t see the appeal. This is really fuckin’ bad. 2/5

I’m not feelin’ this beat. It’s just a slowed down version of Still Tippin’ by Mike Jones. It even has the same hook. I don’t even like the original song, so I’m definitely not fucking with this boring, slowed down version. Oh wow. I just found out that Lucki’s real first name is Lucki. That’s a cool name… Anyway, it seems like he kinda stepped his flow for this song. It’s still not that good, but it’s better. Lucki’s verse… What am I even supposed to say? It’s not any better than the other shit on this tape so far. I’m not feelin’ this shit. His flow was better, but his delivery and pronunciation just put me to sleep. Ransah’s verse was a little better, but nah. I don’t like this one. Lucki seems to have had a LITTLE more energy on this track, which is a good sign. I can’t fuck with this shit tho. This is wack to me. 2/5

Oh my fucking God. This is… Oh my God. What the fuck is this shit? Lmao. Jesus fucking Christ. This is so bad. This is awful. What the fuck is happening? No… THE WHOLE VERSE IS LIKE THIS??? Oh my gawd… Why did I decide to review this shit? This tape came out over a year ago; nobody wanted a review for this bullshit… Remember when I said that Still Steal had a little bit more energy? I thought this tape was about to go in the right direction. NOPE. I don’t even know how to describe this. He literally sounds like he’s dead. He sounds like a fucking zombie. There’s no way he was only smoking weed when he made this shit. That has to have been the most potent shit in history because this fool was absolutely gone. “Did half this tape sober / Other half damn near unconscious.” What the fuck made him think that was a good idea? This is fucking horrible. I can’t believe how fuckin’ wack this shit is… I was not expecting this tape to be this bad… Nah. I can’t listen to this shit. This is fucking dogshit. 0/5

This beat is dope. This… What the fuck is this shit? Seriously, what is this mixtape? It doesn’t even sound like he wanted to rap. It sounds like he was speaking in his sleep, so one of his homies decided to record it and then put it over a beat. He’s just rapping about nothing. There’s not even anything here for me to review. It’s just a good beat with some fuckin’ stoner mumbling over it. This shit is wack. 2/5

HAHAHA. This Bulletproof Dolphin guy’s production tag is a dolphin noise. That’s fucking hilarious. This beat is actually pretty dope. I’m… I’m actually kinda enjoying this song. I really like this beat. It works really well with Lucki’s style. His delivery actually sounds kinda good over it. His lyrics might as well be in another language ’cause I don’t care about anything he’s saying. Why am I enjoying this song? I guess it really is just because of the beat. Bulletproof Dolphin did a good ass job. It’s amazing what these producers are able to do for wack rappers. I like this tho. Lyrically, this song is generic as fuck, but I can enjoy this sonically. It’s dope. 4/5

This beat is boring as hell. This mixtape would probably work better than the sleeping pills I take. Honestly, if I wasn’t typing right now I’d probably be asleep. This is some of the most boring shit I’ve ever heard in my life. This is somehow even more boring than Curren$y. How is that even possible? I guess this mixtape was made for stoners. If you have to be high just to enjoy the song, is it really good? Nah. I can’t fuck with this shit. There’s not a single thing that I like about this song. This is wack af. 1/5

Track 9: None Other (Prod. Bulletproof Dolphin)

YES. Hopefully this beat from Bulletproof Dolphin is as good as the previous one. HAHAHA. I swear man, those dolphin sound effects are genius. But nah; I’m not feelin’ this beat. I don’t like the sample, or the pattern of the percussion. It’s at least better than a lot of the other beats on this project. I might as well be listening to a tape of instrumentals because Lucki Eck$ is doing absolutely nothing for me. I don’t really like this song that much, but it’s still better than most of the shit on this tape. It’s alright I guess. 3/5 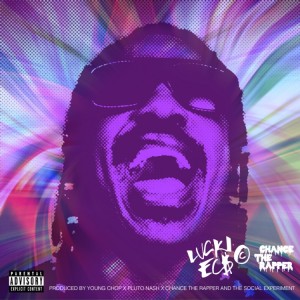 Alright here we go; this is the song that I heard that made me wanna check this mixtape out. The beat is dope af. It has that thin, druggy, claustrophobic aesthetic that all the other beats on this tape have, but Young Chop just did a better job than the other producers. I love that sound when it’s done really well like this. Chance is on the first verse, and he killed it. His verse was really eloquent & poetic. “I had a vision / And the vision was a tunnel with a door / Like a funnel for precision.” His rhyme scheme & flow were on point. “More of a hive than a hiding place / More of a hike than a walk or a stroll / It’s a stride through a hole / In the wall in a crawl space.” After the line I just quoted, his verse kinda devolves into random statements about how high he is, but I still enjoyed it. I love his hook too. “You ain’t been where I been / You sure ain’t seen what I seen.” I even liked Lucki’s verse. The shit he was saying wasn’t that interesting, but the way he came in right behind Chance sounded really good. His flow was dope. The content isn’t really for me, but I still really enjoy this song. I don’t really have any gripes with it. I think everyone involved did a good job. I definitely fuck with this song. This is dope af to me. 5/5 Oh my God. This dude’s delivery is just unbearable. He sounds like a less exaggerated version of Kodak Black. Did y’all see that fuckin’ God awful freshman freestyle? Shit looked like a fuckin’ minstrel show… Anyway, I’m not feelin’ this beat. The first verse is awful. This whole song is just… Eugh. No. This isn’t a good song. I can’t even believe this is… What the fuck is this shit? LISTEN to this fool. This is awful. I can’t fuck with this. This really sounds like a parody of today’s Hip Hop. This reminds me of Tyler The Creator’s Young Nigga persona. The only difference is that Lucki has absolutely no energy, and the production is a little cloudier. I can’t fuck with this shit. This is wack af. 1/5

This mixtape is pretty goddamn terrible. It wasn’t a complete waste of time tho. Yes, there are some fucking God awful songs on here, but there are a couple tracks on here that I actually like. I’ve seen a few of his fans saying that this is one of his worst projects as well, so if he drops something new I might give it a shot. This tape is the first strike tho. I can’t stand his absurdly lazy delivery. It seriously sounded like he got hit with a tranquilizer dart or something. This shit is boring as fuck. The production was kind of inconsistent, but I like the overall sound he was going for. It’s kinda like a blend of Trap music & Cloud Rap. I don’t really like Cloud Rap that much, and Trap music is pretty hit or miss with me, but I think that if this sound is done well it can be really great. Stevie Wonder is the perfect example. So yeah. Honestly, Lucki just needs to work on his delivery and his writing. He’s not impressing me with his lyrics. I’m not giving up on him yet tho. I like what he was going for. I just think it was horribly executed. This mixtape is wack.

Watch the video below for more thoughts on this mixtape