This mixtape was released on July 26th this year. Honestly, I know next to nothing about Noname. You probably know just as much about her as I do. I’ve never listened to a song by her, but I’ve heard her on features for Mick Jenkins & Chance The Rapper. I’ve always really liked her soft voice, but I wasn’t really that impressed with her verse on Mick Jenkins’ breakout mixtape. Her verse on Coloring Book was fantastic tho. I really like her work on that project. So yeah. Those features really helped jumpstart her career. It seems like there’s been a huge wave of new Chicago rappers recently, and Noname is definitely a big part of that. I still gotta check out that mixtape that Saba released in 2014. Anyway, I’ve been hearing REALLY good things about this tape. Although to be fair, I also heard really good things about Coloring Book, and that tape was a huge disappointment. This is Noname’s first mixtape, and she’s been working on it for 3 years apparently. I’m expecting to really enjoy this.

Alright, here we go. It’s starting now. Okay, this production is fucking incredible. Seriously, this beat is amazing. Hmmm… I don’t know how I feel about the first verse… It was fine lyrically, but her flow was pretty damn rough. She sounded severely off beat. The hook is awesome. Noname actually sounds pretty good singing, and the uncredited background vocals are great too. Hmm… The second verse was fine I guess. Again, her flow kinda rubbed me the wrong way, but it was decent. I still enjoyed the song as a whole. I love the soft production, and the hook sounded great too. This is dope to me. 4/5

This beat is dope af. Goddamn. The production on this tape is phenomenal so far. The hook from theMIND is pretty good. Noname’s flow is thankfully less shaky on this track. The subject matter isn’t super interesting to me, but this song is fantastic sonically. Noname sounds great over this beat, and theMIND did a great job on this shit too. I’m not that impressed with Noname lyrically, but she’s definitely not bad. She doesn’t sound like anyone else. Generic is the last word I’d use to describe her. I mean, I guess I could see Chance on here, but it doesn’t feel like she’s copying him at all. Both of the songs that I’ve heard so far are SUPER soft, but it just works. I fuck with this song. This is dope to me. 4/5

This beat is dope af. The first verse from Noname was dope. There weren’t any super quotable lines or anything, but there weren’t really any wack lines either. I don’t have any problems with this track so far. Cam O’Bi sounds fantastic on the hook. This is probably my favorite song on the tape so far. Raury is a perfect fit for this beat. I couldn’t have asked for a better feature. His verse was great. Honestly Noname was the least interesting part of this song for me. Raury & Cam O’Bi kinda stole the show. I liked Raury’s verse a lot more than Noname’s. She still did a good job tho. This song is REALLY fuckin’ good. I definitely fuck with this shit. This is dope af. 5/5

This beat is really dope. I don’t think it’s as amazing as the other beats I’ve heard on this tape so far, but it’s still far above average. I actually like Noname’s flow on this first verse. She sounds good. Again, I’m not that impressed lyrically, but I wouldn’t say it was bad. I enjoyed the first verse. The more I listen to this song, the more I love the production. It’s really fuckin’ smooth. It sounds like magic. This tape seriously has some of the best production I’ve heard all year. I love this hook from Xavier Omär. His vocals sound fantastic. This song is amazing sonically. The second verse wasn’t bad. I’m not that impressed with the lyrics on this song, but the production and the hook from Xavier Omär were immaculate. I fuck with this song. This is really fuckin’ dope. 4/5

Good fucking lord, man. The production on this tape is heavenly. The first verse from Noname was actually pretty fuckin’ dope. Eryn Allen Kane sounds really good on the hook. Noname is actually rapping really well on this track in my opinion. I actually like the lyrics. “Opportunity knockin’ / It’s finally time to answer / The doorbell was only broken ’cause auntie was fighting cancer / Cigarettes on my mantle keep callin’ me by my first name / Loving me when I’m lonely / Pretending they really know ‘Name.” Akenya’s outro was nice too. I don’t have any problems with this track. This is dope af to me. 5/5 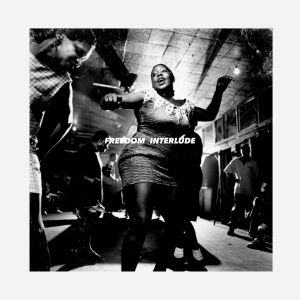 Oh my fucking God. This production is seriously insane. There’s only one verse on this song, and it’s actually dope. She’s definitely been getting overshadowed by the production on this whole mixtape tho. There’s not really much to say about this one. It’s just a good verse over an incredible beat. This is dope to me. 4/5

This beat is phenomenal. Noname is from Chicago, so of course she had to address the outrageous crime rate. The hook is nothing special. There’s only one verse. I’m not sure why the previous track was labeled as an interlude when this one is 2 minutes shorter. The verse on this song was really dope lyrically. I wasn’t in love with Noname’s delivery, but it was still a dope verse. The hook is nothing special. I fuck with this song. I think it could’ve used a second verse, but I still enjoyed it. This is dope to me. 4/5

This beat is dope af. The first verse from Noname was alright I guess… This Ravyn Lenae chick is singing her motherfucking ass off on this hook. She sounds fantastic. The second verse was cool. Joseph Chilliams’ verse was decent. I’m really only fuckin’ with this song because of the production and the hook. It’s really dope sonically. The lyrics weren’t bad, but they really didn’t do that much for me. It’s a nice song tho. I fuck with this. 4/5

This beat is great. The first verse is rapped from the perspective of a pregnant woman. She’s just rapping about her baby. It was a decent verse. I’m not really that impressed, but it’s definitely not below average. Hmm… Apparently she ended up having an abortion. The second verse is rapped from the perspective of the aborted fetus. It was dope. The concept of the song is really dope. I’m not too impressed with the execution tho. The actual lyrics weren’t really that impressive to me. The outro verse was dope. I fuck with this song. The production was great, and the subject matter is cool too. This is dope. 4/5

I was hoping that there’d be a feature from Saba. I really fuckin’ like that dude. I’ve heard of Smino, but I’ve never heard any of his music. Unless I’m forgetting something I’d never heard of Phoelix until I started this review. Alright, the song’s starting now. The vocals on the intro sound fantastic. This beat is great. The first verse from Noname was cool. Her flow seemed kinda unstable again… Saba’s verse was really dope. Smino’s verse was cool I guess. The vocals on the outro were great. I fuck with this song. The only verse that I thought was really good was Saba’s, but Noname & Smino weren’t wack on here. This is dope to me. 4/5

This mixtape was great. I’m not completely sold on Noname as a rapper tho… I was WAY more impressed with Cam O’Bi, Saba & Phoelix on this mixtape than I was with her. The production carried this project for me. That’s not to say that Noname is wack tho. She’s not wack at all. I just don’t really think she’s that far above average lyrically. Her flow is really hit or miss with me too. Sonically, this is one of the best projects that I’ve heard all year. Lyrically, it’s slightly above average. I appreciate the subject matter. There’s zero braggadocio on this tape. Noname mostly raps about her relationships. There are some occasional religious undertones, and she of course references the crime in her hometown. I have no problem with the content. I just wasn’t that impressed with the actual lyricism. There were rarely any standout lines. That’s fine tho. I still think she managed to put together a great mixtape. However, without the phenomenal production this’d probably be an incredibly boring project. There IS phenomenal production tho, so it ended up being a great tape. I’m really hoping that she significantly improves as an MC for her next project. Just to reiterate, Noname isn’t a bad MC at all. I just don’t think she’s that good. She’s slightly above average. The best thing about her for me is her soft voice. She just sounds really good whenever she’s rapping in my opinion. I enjoyed this mixtape. I REALLY enjoyed this mixtape actually. I think it’s great. “Amazing” isn’t a word I’d use personally unless I was only talking about the production. It’s a great tape tho. I fuck with it. This is dope.

If this review gets shared 3 times on Twitter, I’ll review Major Key by DJ Khaled