Mixtape Review | Iamsu! – Eyes On Me

This mixtape was released on February 23rd in 2015. I’ve never been a huge fan of Iamsu!, but I completely get his appeal. While I may not be his strongest supporter, I don’t think he’s bad at all, and I’m glad he’s making music and finding success in it. His 2014 album, Sincerely Yours, was one of the first projects I ever reviewed on this website. I remember thinking it was pretty goddamn boring, but I still go back to some of the songs that I liked from that project, like I Love My Squad & Aiight. That may seem strange to some of y’all since I usually don’t like music that’s specifically made for clubs and parties, but if it’s done well enough I can enjoy it. I think Iamsu!’s pretty good at it, so I think this’ll be a decent project. Honestly, I don’t think I’ll like it that much, but I’m sure I’ll find at least one dope song on here, and there are only 6 tracks, so it can’t hurt to give it a shot.

OH fuck… Lmao. This beat is HARD. He’s singing the whole first verse in autotune. Of course the lyrics are generic as fuck. “I can’t trust these bitches / I can’t trust these hoes / Focused on my digits / Gotta get my dough.” The first verse was nothing special. The hook is alright. Hmm… Yeah… Lmao. I don’t know. I kinda like this sonically, but at the same time I don’t know how often I’d come back to this. The repetitive melody is kinda annoying. I feel like I’d have to be in a very specific mood to listen to this shit. Like, I could play this if I was in the car with my friends, but I usually let them handle the music anyway. I pretty much know that we have very different tastes, so I just let them play whatever they want even if I don’t like it. That’s called being a good friend. Or being submissive. Idk. Anyway, this is a decent track, but, as I said before, it’s not the kinda thing I’d ever have the desire to return to. It’s alright. 3/5

This beat is actually pretty dope. No one should be surprised when they find out it’s produced by DJ Mustard, but it doesn’t sound as generic and uninspired as a lot of his beats usually do. I like the airy, lighthearted sound it has. The hook’s cool. Su’s flow is really nice on this first verse. Of course the lyrics were nothing special. I just listened to the whole song. I like it. It’s pretty generic lyrically, but it’s entertaining sonically. It’s a fun track. I fuck with this one. This is dope. 4/5

Wow. Smh. Alright lol, this track is starting now. This beat is alright I guess. The hook kinda sucks. Okay, I’m already starting to get tired of this Hyphy sound. Thank God this project is only 6 tracks. The first verse was okay. Oh boy. Here comes Tyga. Wow. His verse was actually kinda cool. I mean, the lyrics were generic as fuck, but his flow and rhyme scheme were kinda nice. Eh… This is just a really boring track. You know something’s wrong when Tyga is the highlight of your song. I’m not feelin’ this one. This is wack to me. 2/5

Lmao. Nah. This hook from Jay Ant is bad. It’s funny, but not in a good way. It’s just really fucking stupid. I would only listen to this shit ironically. The beat is pretty shitty. I can already tell this is gonna be my least favorite song on the whole mixtape. I’m not feelin’ this first verse. Man, this hook is so fucking stupid lmao. Well, at least it’s making me laugh. Jay Ant’s flow was kinda cool at first on this second verse, but once he started stretching out his words it just got annoying. His voice is super irritating. Also, anytime a rapper just repeats the word “twerk” over and over again, it makes me want to crucify myself. This shit is wack af. 1/5 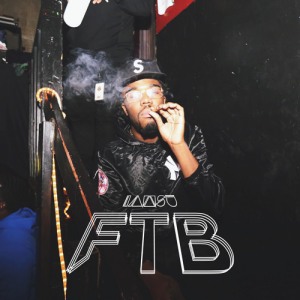 Okay, this tape is going downhill FAST. Hopefully he picks it back up soon. This beat is alright. The hook’s decent I guess. Okay, I already know I don’t like this song. That’s the thing with Hyphy music; you can pretty much predict what the entire track is gonna sound like after the first 15 seconds. There’s really nothing to say about this one. It’s no different from 90% of Iamsu!’s other songs. It’s just another generic song for the club. It’s not even bad. It’s just really, really, really not good. 3/5

I feel like I’ve heard this beat 500 times before already. Honestly… Why the fuck did I decide to review this shit? It’s like trying to review the same song 6 different times. I can’t think of anything new to say. I feel like literally everything I said about the previous track could be said about this one. This shit is just super generic. I’m getting pissed off by how similar this shit sounds to everything else Iamsu!’s ever done. I guess it’s just not for me. I’m not feelin’ this shit. This track is wack to me. 2/5

I don’t know why the fuck I was so optimistic going into this project. I must’ve forgotten how much I dislike Hyphy music. It just gets old so fucking fast to me. It’s not made for people like me. This music is made for people who go to parties and strip clubs. It’s not for nerdy backpackers like me who lay in bed listening to Hip Hop before falling asleep. I feel like this is the music that dumb stereotypical white girls who think they can say the N word because they date black guys would listen to. That’s no offense to anyone who enjoys this kinda music; that’s just what pops into my head when I hear shit like this. It’s just a really trendy sound in my opinion. This is music that you’re not really supposed to pay close attention to. The beats are bouncy & repetitive, the lyrics are generic & uninteresting, and the hooks are… Well… They’re generic & uninteresting… I don’t really think this is a terrible project tho. It’s just mediocre. Definitely not my cup of tea. I wouldn’t recommend listening to this shit, but I guess it couldn’t hurt since there are only 6 tracks, and I at least got one enjoyable song from it.