This album was released on November 12th in 1996. I’ve never been a fan of Em’s music. I think he’s one of the greatest rappers of all time, but his music suffers from a lot of the same problems as Hopsin to me. He can be really corny sometimes, and his singing is God awful. Hopefully my opinion will change by the time this marathon is over. I don’t know much about this album in particular. Nobody ever really seems to talk about it. It apparently only sold approximately 1000 copies. That’s terrible. I guess the white privilege hadn’t quite kicked in yet. Lmao. Anyway, I’ve heard snippets of some of the songs before, and it sounded pretty good to me, so I think I’m gonna like this album. Every song is produced by Mr. Porter.

The title track was released as a single on November 17th in 2016. The beat is actually pretty fuckin’ dope. I love the scratches on the hook, and Em’s rapping is top notch. 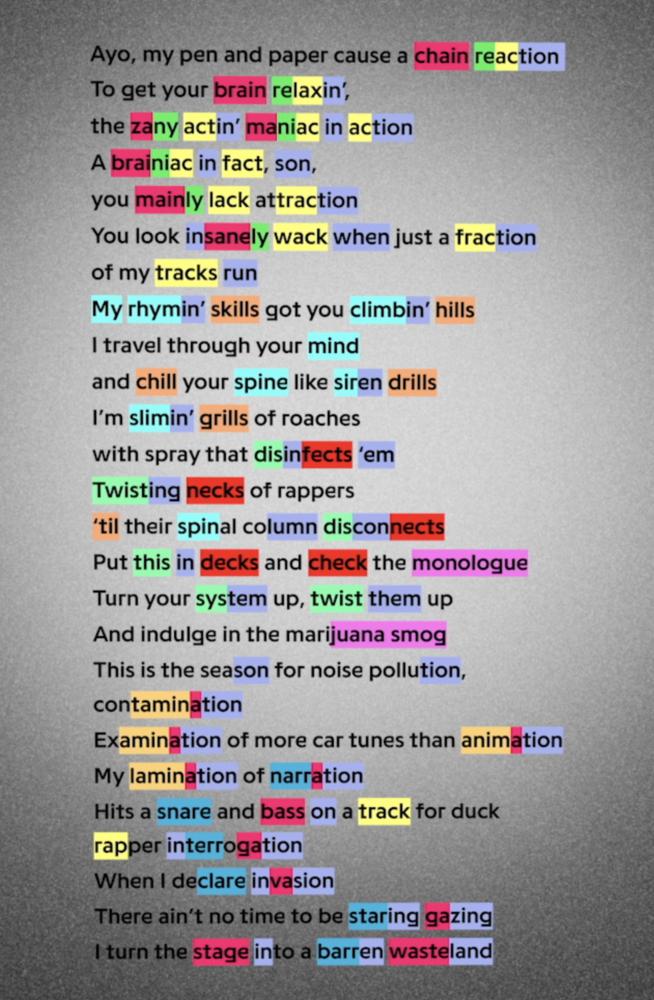 The jazzy production on It’s O.K. reminds me of A Tribe Called Quest. Em’s rhyme schemes are crazy on that track.

It may be early to be plannin’ this stuff
‘Cause I’m still strugglin’ hard to be the man, and it’s tough
‘Cause man, it’s been rough, but still I manage enough
I’ve been taken advantage of, damaged, and scuffed
My hands have been cuffed, but I don’t panic & huff
Frantic & puff, or plan to give up
The minute shit hits the fan, it erupts

The hook from Eye-Kyu is pretty good. Em clearly hadn’t found his own style on this album. It’s nothing like his more popular work as Slim Shady. Em’s rhyme schemes throughout this project are crazy. There are so many multisyllabic rhymes all over the album. The muffled production on Tonite is really nice.

I love the jazzy production on 313, and Eye-Kyu’s verse was really dope. His flow was great. Maxine is about a crack fiend who needs a vaccine. Three had the longest verse, and told a story about how she tried to have sex with him despite having AIDS. Basically, Maxine is just a dirty chick with a lot of problems. Yikes. Thyme did his thing on the hook for Open Mic. Em killed it. I love the competitive, battle rap style he used. The first verse is incredible.

I’ll have you taken back to Christ when you’re sacrificed
The way you’re hacked and sliced
When I fill your back with knives
Jackin’ lives of MC’s, now I’m set to launch a plan
For blowin’ up the stage with illegal contraband

LOOK AT THOSE RHYME SCHEMES. GODDAMN. The acting in the skit at the beginning of Never 2 Far was kinda rough. The production is fantastic tho, and Em’s flow is awesome. The beat on Searchin’ isn’t bad. I’m not crazy about the vocals from Angela Workman. Em’s flow is smoother than butter. Mr. Porter’s verse was okay. Backstabber is fucking awesome. He’s rapping about a “joker” with green hair who literally stabs people in the back after breaking out of a psychiatric ward. The hook is dope af.

Dealing with backstabbers, there was one thing I learned
They’re only powerful when you got your back turned
I yearned for the day that we finally met again
So I can give him a taste of his own medicine

This album is extremely good. The production is solid, and Em’s rhyming is incredible. Not every song is that well crafted, but Em’s skill as an MC is undeniable. This shit is dope.