This album was released on May 4th this year. For those of you who somehow don’t know by now, Rae Sremmurd is a Hip Hop duo consisting of Swae Lee & Slim Jxmmi. This is the third entry in their SremmLife album series. It’s a triple album; the first album is SremmLife 3, performed by Rae Sremmurd. It’s followed by Swaecation, performed by Swae Lee, and then Jxmtro, performed by Slim Jxmmi. I’ve enjoyed a handful of singles from Rae Sremmurd in the past—namely No Flex Zone & No Type—but I haven’t ever actually checked out any of their albums, so this is somewhat of an introduction for me. I’m expecting it to be decent. 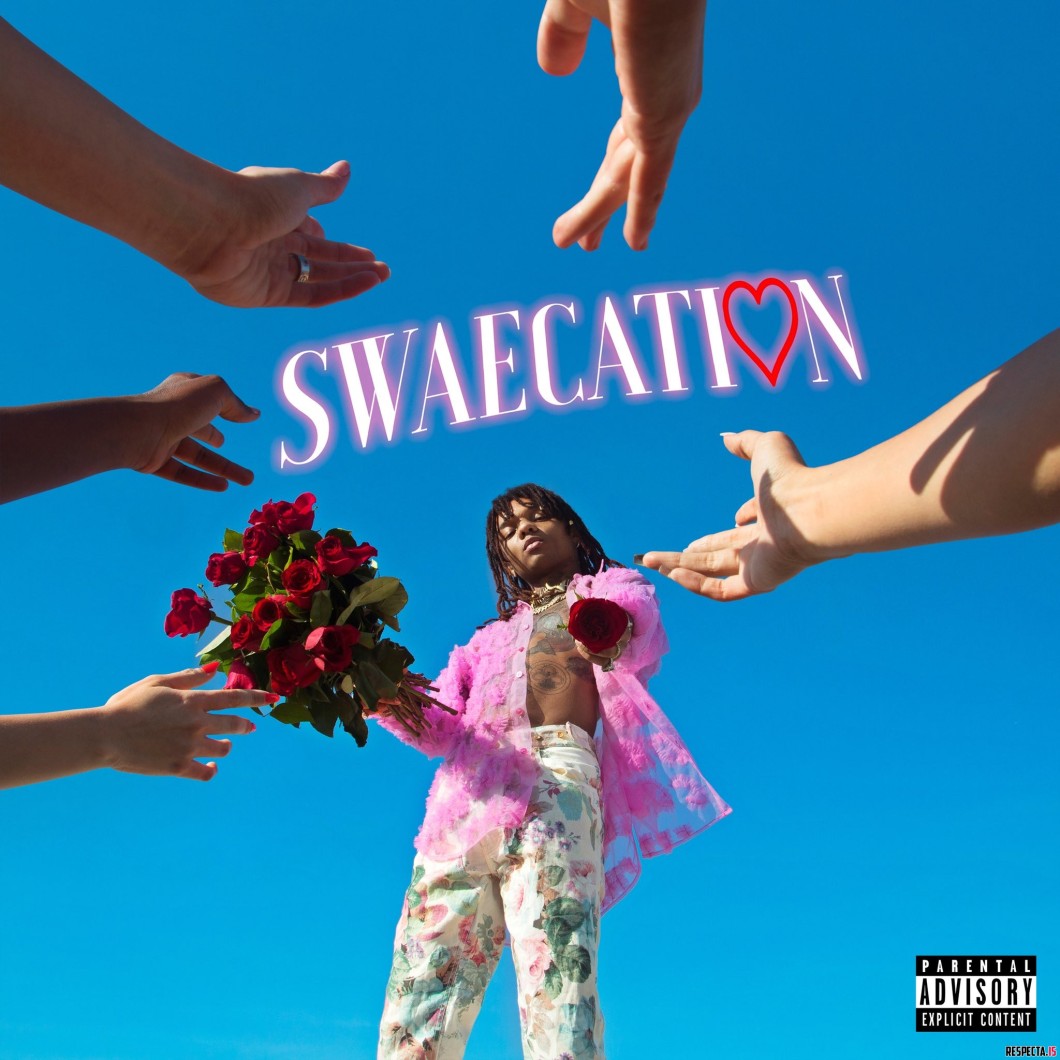 The production on the first track is alright. The first verse from Swae Lee is nothing special. I consider him to be more of a singer than a rapper. The hook is pretty terrible. This is actually a really rough way to start an album. I kinda wish Slim Jxmmi didn’t use the exact same flow as Swae Lee. It gets old really quickly. So yeah. I’m not feelin’ the first song at all. Shit is wack.

The production on CLOSE is dope af, but I’m not really feelin’ the first two verses from Travis Scott & Swae Lee. The hook kinda sucks too. Slim Jxmmi definitely had the best verse. It’s a decent track I guess. I won’t ever listen to it again though. I really liked the production on Bedtime Stories, and The Weeknd did a decent job with the hook. The first verse from Swae Lee was average as fuck. Slim Jxmmi did his thing. It’s another decent song that I won’t ever listen to again. 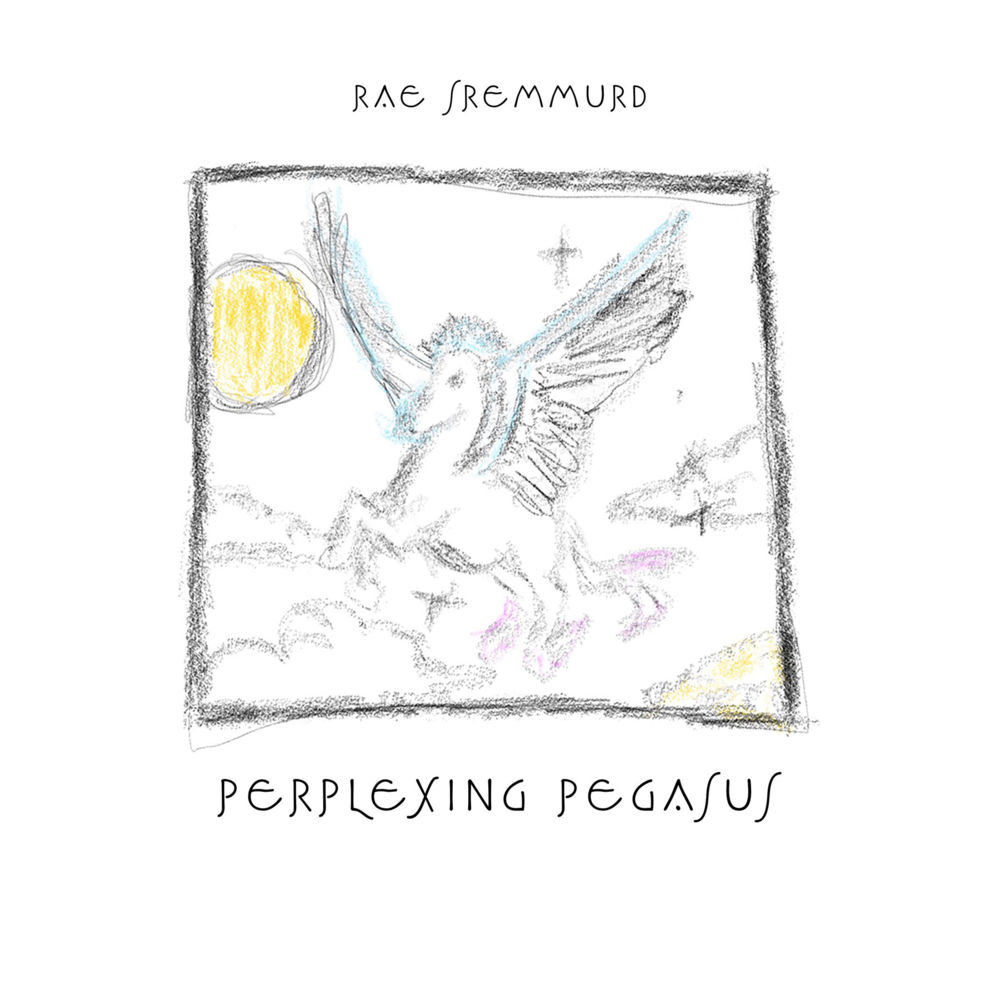 Perplexing Pegasus was the first single from SremmLife 3. It’s generic as hell. If you’ve heard any other Trap song before, you’ve already heard this one. It’s wack. The first song that I’d actually listen to again is Buckets with Future. That beat is hard as FUCK. Future’s verse was decent. The beat on “42” is nothing special. Same goes for the first verse from Swae Lee. Slim Jxmmi’s flow was kinda cool, but not good enough to warrant any repeat listens. 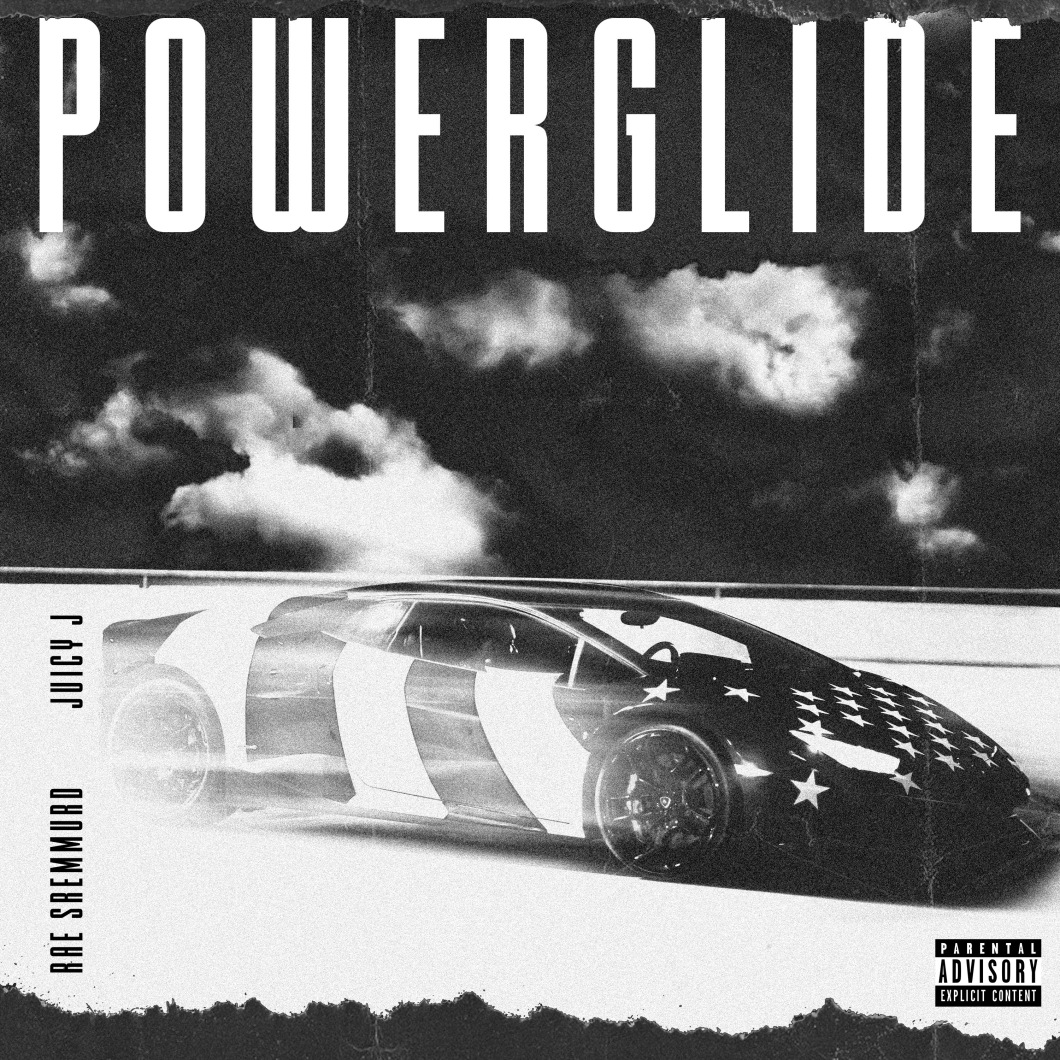 Powerglide was the third single released from SremmLife 3. The production from Mike WiLL is dope. I actually like the hook from Swae Lee a lot too. It’s pretty catchy. The song just sounds powerful. It’s really energetic. The first and second verses from Swae Lee are nothing special, but Slim Jxmmi did his thing on the third verse. His flow was cool. Juicy J’s verse was disgusting. The music video was generic. I kinda like the song. I don’t know how often I’ll be listening to it, but it’s definitely one of the better tracks on the album. Rock N Roll Hall of Fame is apparently a sequel to Black Beatles, which was on SremmLife 2. The hook isn’t bad. I love the production. They incorporated an electric guitar to go along with the whole Rock & Roll theme. Slim Jxmmi’s verse was nice.

That’s not really something I’d brag about, but I’m not a heartless asshole. I actually like the song though. It’s another one of the better songs on the album. It’s dope. 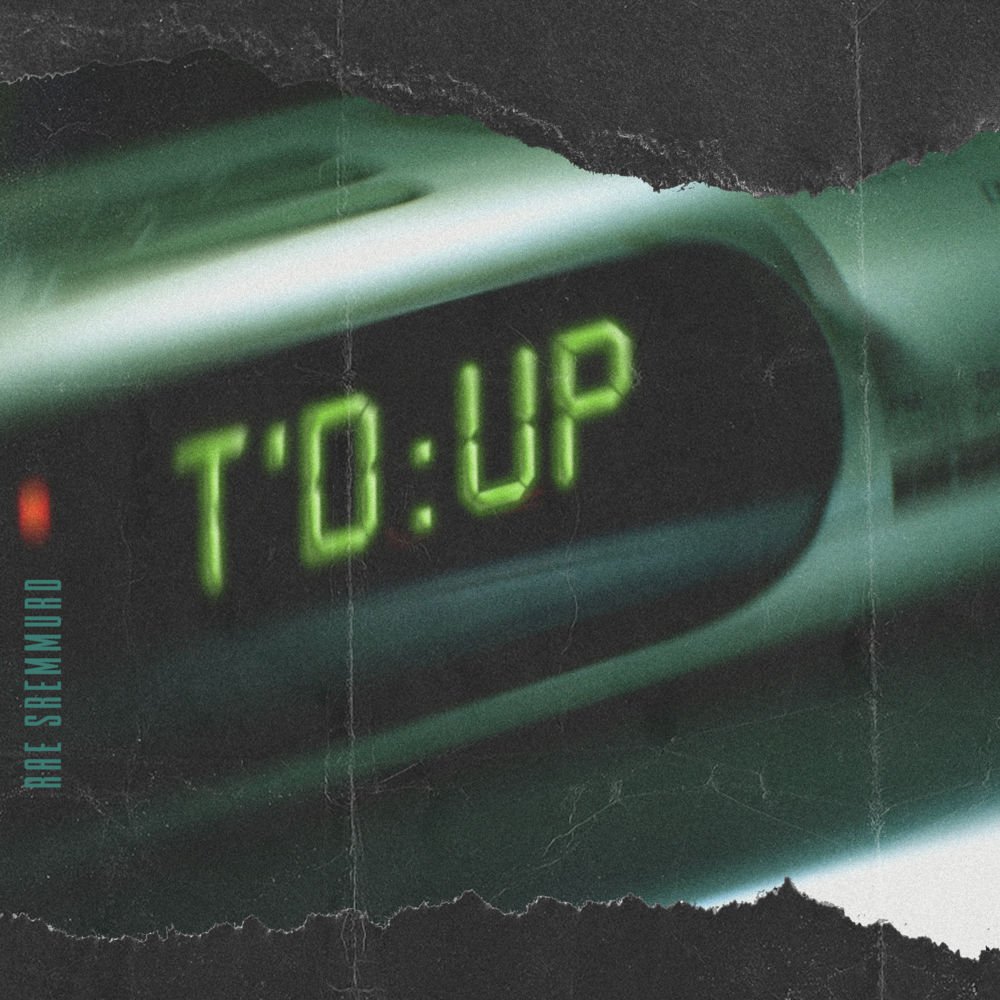 T’d Up is the final song from SremmLife 3. The production from Metro Boomin’ is honestly the only aspect of the song that stands out in a positive way. The hook and verses are generic. Slim Jxmmi at least had a better flow than Swae Lee, but that’s not really saying much. T’d Up is apparently slang for “turnt up,” so that should give you a better idea of what the song is about. It’s generic. The beat is fire though. The first song from Swaecation—Swae Lee’s solo album—is actually pretty good. He’s more of a singer than a rapper, which is probably why he’s more popular than Slim Jxmmi. The melody he sings on Touchscreen Navigation is really catchy, and the beat is dope af. The production on Heartbreak in Encino Hills is really nice too. I kinda feel like it was wasted though because Swae Lee’s delivery is repetitive as hell, and his flow is nothing special. That can all be said for Heat of the Moment as well. The vocals from Young Thug at the beginning of Offshore are fucking horrific. The beat’s pretty good though. One thing that always bothers me about Swae Lee is the reverb all over his voice. I don’t like the way it sounds. The verse from Young Thug is average. This isn’t really a Hip Hop album. 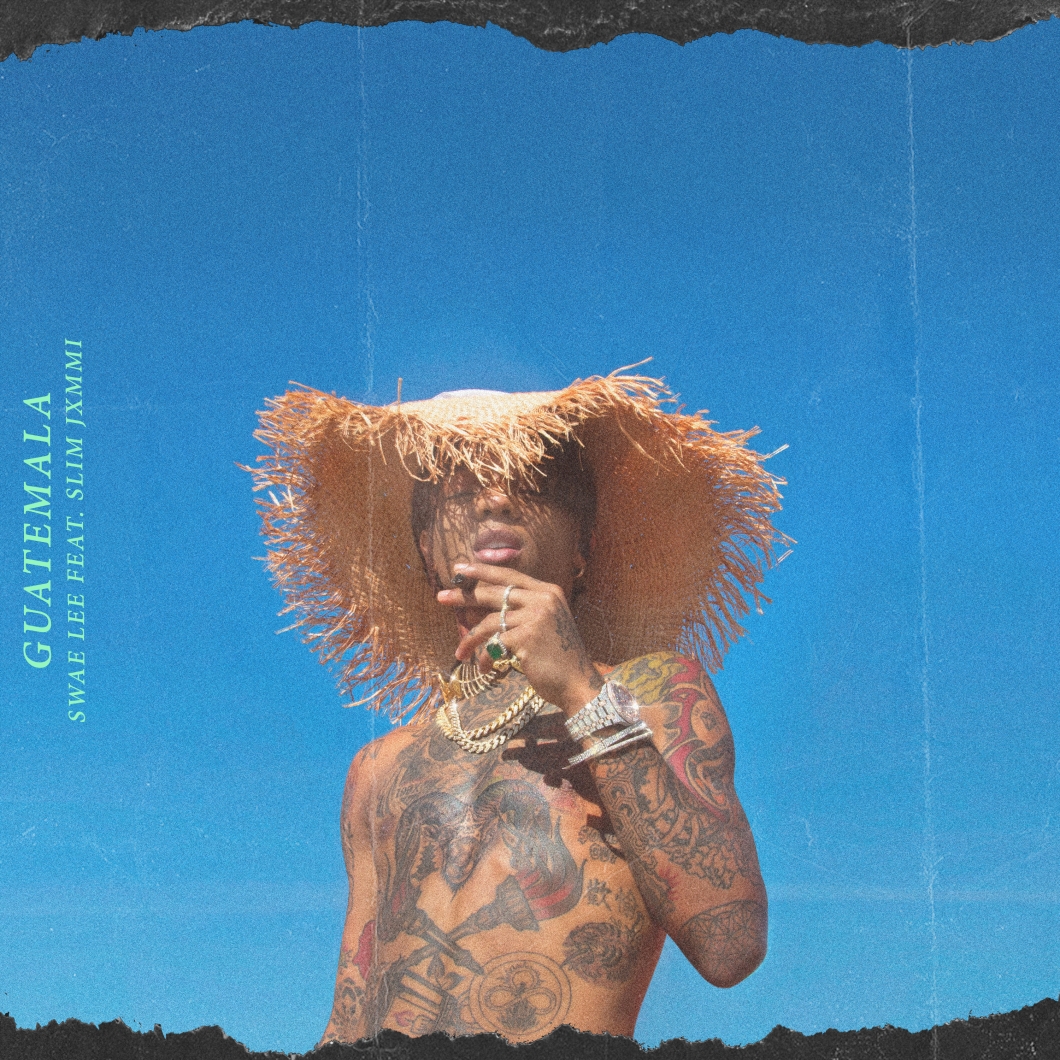 Guatemala has kind of a Dancehall vibe. The melody from Swae Lee is really repetitive. Slim Jxmmi actually sounded pretty good though. It’s another decent track that I’ll never listen to again. I really like the dark, electronic sounding production on Lost Angels. I’m really tired of Swae Lee’s high pitched, reverberating vocals though. I’m not feelin’ the song overall.

Hurt to Look was the first single from Swaecation. I like the production, but the hook isn’t really doing much for me.

It shouldn’t hurt to look your way

I feel like I knew what to expect from the entire song after hearing the first 30 seconds. It’s boring. Red Wine is definitely one of the better songs on the album, but it’s still not something I’d come back to. I’m glad they took the reverb off his voice though. I like the slower paced beat too. I actually enjoyed What’s in Your Heart? a little bit. The production was really nice, and the hook was catchy too.

The first song from JXMTRO is a welcome change of pace. The beat is hard, and Slim Jxmmi’s flow is kinda cool too. His energy on the second verse is contagious. I got up from my desk and started millyrocking when Player’s Club came on. It’s admittedly pretty generic as far as Trap goes though. The production on Anti-Social Smokers Club is decent. That verse from Zoë Kravitz was absolutely terrible though. Jesus Christ I hate verses like that. It reminds me of a song called All Day by a female rapper named Ashley All Day. God I fucking hate that song. So yeah, Anti-Social Smokers Club is wack. The beat on Chanel is great. I liked the hook at first, but the repetition got annoying after some time. I wasn’t feelin’ the feature from Pharrell at all. His high pitched delivery was annoying as hell. It’s almost as if he was trying to sound like a little kid. The verses from Slim Jxmmi & Swae Lee were both pretty average. Cap was generic as hell. The Trouble feature did nothing for me. I liked the instrumental on Changed Up, but that’s pretty much the only redeeming aspect of the song. Keep God First samples All Bad by J.I.D. I’d rather just go listen to that song. The hook is annoying as hell. Juggling Biddies did nothing for me. I’m not sure who that Riff 3X guy is, but his verse was generic as hell. The production on Growed Up is really nice. The autotuned hook is awful though. It’s a pretty bad way to end the album.

This album is about as mediocre as current day Hip Hop gets. 27 tracks is way too much Rae Sremmurd. The first disc is the most consistent, and it just goes farther and farther downhill as the album progresses. I think the two members have pretty good chemistry, but they’re generic as fuck when they’re on their own. Swaecation was painfully boring, and JXMTRO sounded like every other Trap project I’ve ever heard. SremmLife 3 was okay, but the two other albums included in this three disc project felt like an onslaught of bonus tracks. I’m not fuckin’ with this album at all.