This album was released on October 29th in 1996. I’m super excited to check this shit out. Ghostface is one of my favorite members of the Wu-Tang Clan. This was his first solo release, and it’s remembered by many as a classic album. I think this shit is gonna be dope af. Every track is produced by RZA, except where noted.

The album opens up with a movie sample, just like most of the other Wu-Tang releases. The beat on Iron Maiden is fast paced & chaotic. Raekwon rhymed his ass off on the first verse. Ghostface’s verse was really nice, and I really liked Raekwon’s hook too. The final verse from Cappadonna was a good way to finish the song. The production is really great. I like the lowkey beat on Wildflower too. Ghostface sounds salty as hell about some chick that did him wrong.

You sneaky fuck-bitch, your ways and actions told it all
I fucked you while you was bleeding, held you down in malls

It kinda reminds me of that one song on The Documentary 2 called Bitch, You Ain’t Shit. I definitely like Wildflower more though. It’s a dope song. The uncredited feature from Jamie Sommers was cool, even though she only spit like 2 bars. The production on The Faster Blade reminds me of Blind Threats by ScHoolboy Q. The song is performed solely by Raekwon, and he fucking snapped. It’s a really great track. The 260 beat is dope af. I love the muffled percussion, and the horns sound good too. I love the storytelling from Rae & Ghost. It’s cinematic. Their flows were great. The song is dope af. It transitions into Assassination Day really smoothly too. Deck’s verse was cool, and RZA killed it. I’ve always loved RZA’s off-kilter flow. I kinda wish the song was actually performed by Ghostface Killah, but the features all did a pretty great job. I liked Masta Killa’s smooth flow a lot. The beat on Poisonous Darts isn’t any better than any of the other beats on the album, but Ghostface rapped his motherfuckin’ ass off. Winter Warz is an obvious standout. It has one of the best Wu-Tang verses of all time from Cappadonna. He stole the spotlight from Ghostface and every other MC on the track. What makes it even more impressive is the fact that it was apparently a freestyle. Box in Hand has one of the best beats on the album. The uncredited vocals from The Force M.D.s on the intro were pretty nice. Method Man killed his verse, and the song segues really smoothly into Fish. The aforementioned track has a solid beat, and each MC did a good job with their verses. 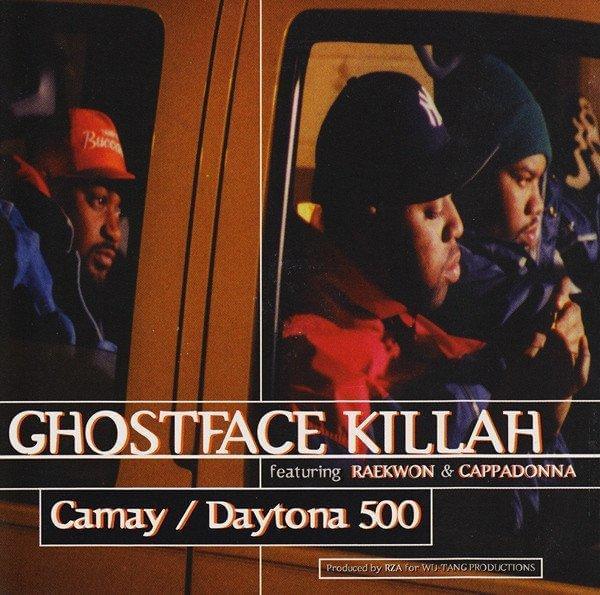 I love the piano driven production on Camay. The subject matter didn’t really interest me, but I see what they were trying to do. The song is obviously targeting female listeners. Cappadonna’s verse was awesome.

Whispered in my ear that she’s celibate
Whispered back to her ear we don’t have to go there
As I grab the hand, set her politely in the chair
As we stopped to stare at one another, black sister to brother
I’m thinking all the time how she could be my lover

It’s weird hearing someone rap about actually being a gentleman. Weird in a good way though. I love the fast paced, energetic production on Daytona 500. Raekwon slaughtered the first verse. The vocals from The Force M.D.s are good. Cappadonna has a notably less aggressive flow than Raekwon & Ghostface Killah, but his verse was still good. Ghostface killed it. It’s easily one of the best songs on the album.

Motherless Child was featured in the soundtrack for a movie called Sunset Park. The production is decent. Raekwon’s verse at the beginning was nothing special. Ghostface did his thing. His verse was long as hell. It’s a good track, but it doesn’t stand out from the other songs on the album. I liked the choir sample on Black Jesus. I don’t buy into any religion, but the shit Popa Wu was saying at the beginning of the track kinda makes sense I guess. Each MC did a good job. I really liked the vocals from the Delfonics on After the Smoke Is Clear. I love RZA’s verse too. It’s a great song.

The production on All That I Got Is You sounded emotional as hell, but I loved the minimal percussion. The vocals from Mary J. Blige are really good. She did her thing on the hook, and her verse was great too. It’s a good song about family. The beat on Marvel was pretty good. RZA killed his verse, and Ghostface did his thing too. I liked how they let the beat breathe a little bit before the song ended too. It was a good way to close the album.

This album is really great. If you’ve heard Only Built 4 Cuban Linx… you should kinda know what to expect. It’s just another fantastic entry in the Wu-Tang discography. It’s more of the same, but that’s definitely not a bad thing. This shit is dope.