This album was released on November 23rd in 1993. I don’t really have much experience with Snoop Dogg. I checked out that BUSH album that dropped in 2015, which had some really catchy songs, but I’ve never actually heard this classic album. I’ve heard some of the more popular tracks like Gin & Juice and Tha Shiznit, but I’m going into this review blind for the most part. Every song is produced by Dr. Dre. I’ll be reviewing the Apple Music edition of this album. The original release had a whopping 19 tracks. Nah. That’s too long. I’m stickin’ to the 13 track version.

Bathtub was a completely unnecessary introductory skit. The G Funk Intro has a fantastic beat. The narration from George Clinton was cool, and Rage absolutely murdered the first verse. She rapped her motherfuckin’ ass off. I wonder why people don’t bring her up more often when they’re discussing female rappers. She really stole the show on the first song. Snoop only spit four bars. It’s a really dope track though. The poem from George Clinton at the end of the song was kinda disturbing.

Lewd shit like that triggers me; I gotta remember not to take it too seriously. 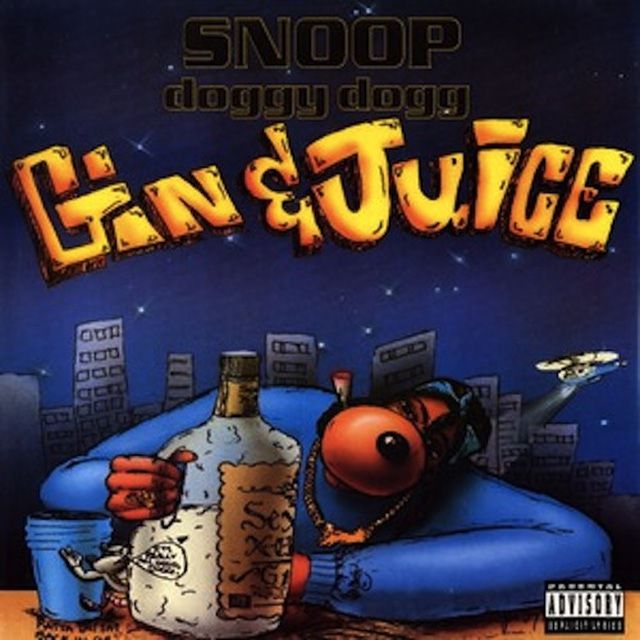 Gin & Juice is a legendary single. It has one of the catchiest hooks I’ve ever heard in a Hip Hop song. That David Ruffin’ Jr. guy did a fantastic job. It’s just a really lighthearted party track. I mean, the lyrics are misogynistic as fuck, but that’s to be expected from 90s West Coast Hip Hop. Tha Shiznit starts with an obnoxiously lascivious radio skit. “W Balls Radio?” Are you fucking shitting me? Juvenile shit like that just gets on my nerves. Again, I know it’s not meant to be taken seriously, but that doesn’t make it any less annoying to me. The production on The Shiznit is phenomenal, and the verses from Snoop are really good too. He didn’t really say anything that I wasn’t expecting to hear from him already, but it was still dope. It’s typical gangsta rap. The beat on Lodi Dodi is dope af. Snoop & Dre are a force to be reckoned with. The way Snoop raps reminds me of Katt Williams for some reason. It’s his smooth delivery I guess. I’m not in love with the vocals from Nanci Fletcher, nor was I impressed by Snoop’s flow. It’s still a good song though. Hearing about his morning grooming routine was actually entertaining to me for some reason. Murder Was the Case is one of the best songs on the album. The beat from Dr. Dre is fucking incredible, and the concept is actually really interesting. Snoop tells a story about a near death experience he had. The additional vocals from Daz Dillinger are a nice touch. Serial Killa is a good song, but I wasn’t really feelin’ the verse at the end from RBX. It would’ve been cool if The D.O.C. got an actual verse too. Kurupt definitely had my favorite verse even though it was short. Snoop & Daz did a good job too though.

I actually don’t like the song Who Am I? I just wasn’t really feelin’ the vocals from Jewell. Not that she’s a bad singer; I just didn’t particularly care for the melody she was singing. The production didn’t really impress me that much either. For All My Niggas & Bitches is hard as fuck. Kurupt tore his verses apart, and Daz did his thing too. It would’ve been cool if Rage had a longer verse, but I guess her short feature was good enough. Ain’t No Fun is misogynistic as hell. That “Jack Off Hour” intro was stupid as fuck too. Nate Dogg’s vocals are really damn smooth, but I can’t get down with the content of the song.

That shit didn’t age well… At least the production holds up. I’m not really fuckin’ with the song as a whole, but it’s not really wack. Just not for me.

The vocals from The Dramatics are really nice on Doggy Dogg World, and the production is really smooth too. Kurupt stole the show. He easily had the best verse. He’s the best rapper on the whole album honestly. Daz’s verse was fine. Snoop did his thing too. It’s a decent song. There just isn’t much replay value in it for me. I’m not gonna be coming back to it. The Class Room intro to GZ & Hustlas is the only skit on the whole album that didn’t have me rolling my eyes. The song itself is pretty good. The hook is nothing special, but the verses are entertaining enough, and the production is really good. According to Snoop, he freestyled the whole song, so that’s pretty impressive. Pump Pump is a good outro. The hook is pretty catchy, and I really liked the feature from Lil Malik. It’s not an amazing, mind blowing track or anything. It’s good though. I fuck with it.

This album is pretty good. I’m judging it from the perspective of a liberal 19 year old from North Carolina, so some of the content is a bit iffy for me, but I can’t deny the quality of the production from Dr. Dre. I’ve never considered Snoop to be that great of a lyricist, but it’s not like he’s a bad rapper. A lot of the bars are super disrespectful towards women. I’ve never understood why Dr. Dre and so many west coast artists used to be so misogynistic for no apparent reason. It’s definitely the main gripe I have with the project. It’s not bad enough to ruin the album though. Good music is undeniable. This shit is dope.