Album Review | Reason – There You Have It

This album was released on September 28th this year. Reason is the newest artist signed to one of the strongest labels in Hip Hop right now, Top Dawg Entertainment. I first heard him on the song Seasons, which was on the Black Panther soundtrack. That’s one of my favorite songs on the record, so I’m looking forward to hearing what he did on this album. I don’t think I’ve ever heard a bad album released by TDE, so this’ll probably be dope.

This is a pretty humorous skit in which an old ass nigga sings along with an Al Green song. Some girl named Keisha got into his record collection and left Reason’s album in it. I was mildly entertained by this skit I guess. I’m never gonna listen to it again though.

2. There You Have It produced by Swish

The beat on this track is pretty dope. It’s a muffled soul sample with some added bass. The entire song is just one verse. It’s pretty good. I don’t really have much to say about the song. It’s just a solid verse over a good beat. It’s not gonna amaze anyone, but I enjoyed it. This is a pretty good first song. I fuck with it. It’s dope.

This beat is really dope. The first verse from Reason on this track is actually pretty awesome. The hook is nothing special, but I like the way the second verse begins. He killed it. This is definitely the best song I’ve heard from Reason so far. I still don’t think it’s amazing or anything, but it’s a really good song in my opinion. I don’t really have any complaints. This is dope to me.

The beat on this song is dope. The hook is nothing special, but it works. The first verse was fine. I feel like this track has a much more mainstream sound than the previous couple of tracks. This probably could’ve been a single. The second verse was alright. I don’t know… I feel like this is a decent song, but it honestly didn’t really do anything for me. It’s average to be honest. I won’t be coming back to it.

This song sounds like it has some Trap influence. The beat’s pretty cool. The first verse from Reason’s not bad. The hook’s alright. I’m enjoying this song to a certain extent, but once again, I don’t know if it’s good enough for me to return to it. Xian Bell had a pretty nice flow on the second verse. It’s another decent track, but there’s just not any replay value in it for me. It’s average to me.

The first half of this track samples Drive Slow by Kanye West. It sounds pretty good. The first verse was pretty solid. The hook is fine. The second verse was nice. I like the way the beat switches up for Taste Like Heaven. Xian Bell’s vocals sound pretty good. The final verse wasn’t bad. Uhh… This is a good song I guess. I can actually see myself returning to this, but I don’t know how often. It’s not my favorite song on the album so far, but it’s pretty good. I fuck with this. It’s dope.

The beat on this track is really dope. I love the way the percussion comes in during the second verse. It sounds really good. I just listened to the entire song. This is definitely the hardest track on the album so far. It ended with a few gunshot sound effects. I don’t know, man… I definitely like the song, but it’s far from great in my opinion. It’s just good. I don’t know how often I’m gonna return to this. I think I will though. It’s kinda dope. I fuck with this.

This track has a pretty good piano driven beat. It’s a really emotional song. Reason’s rapping from the perspective of a remorseful murderer in prison. This is definitely the best song on the album so far. It’s got a great concept, and I think it’s pretty well executed. Oh mannn… Woooow. He hung himself in the jail cell at the end of the song. Damn. Yeah, this song is fuckin’ awesome. I definitely fuck with this shit. It’s dope af. I don’t really know why there’s a slash in the title since it doesn’t ever really switch up, but I’m not gonna pretend to give a shit. This shit is fantastic.

Better Dayz was the first single released from this album if I’m not mistaken. It’s got a pretty nice piano driven beat. Honestly, this is another average song to me. It just doesn’t really stand out to me in any way. I feel like the verses are well written, but Reason’s flow is pretty generic. The production is really simplistic, and the hook is boring. The verses are cool, but aside from that nothing about the song really pulls me in. It’s a decent track, but I won’t be returning to it.

This track samples U Don’t Have to Call by Childish Gambino, and it sounds glorious. Reason’s rapping to some girl. It’s a song about a complicated relationship. I actually really like the way the second verse ends. He goes in about how he’s cheating on his girl.

You don’t deserve it, and I know what I’m doing, but I just can’t leave her alone

It’s pretty fucked up, but in a cool way. This is another good song to me. I wouldn’t call it great, but I definitely enjoyed it. This track is dope.

The beat on this track is decent. I’ve listened to about half the song already, and I have absolutely nothing to say about it. The first verse was cool, but I just don’t really have any interest in what Reason’s saying. I’m not really feelin’ the hook. The two features just provide background vocals. The second verse was fine I guess. I don’t know. This song just didn’t really do anything for me. It’s not bad at all though. I just don’t think I’m ever gonna wanna listen to it again. It’s average to me.

12. Summer Up produced by Marquelle O’Conor 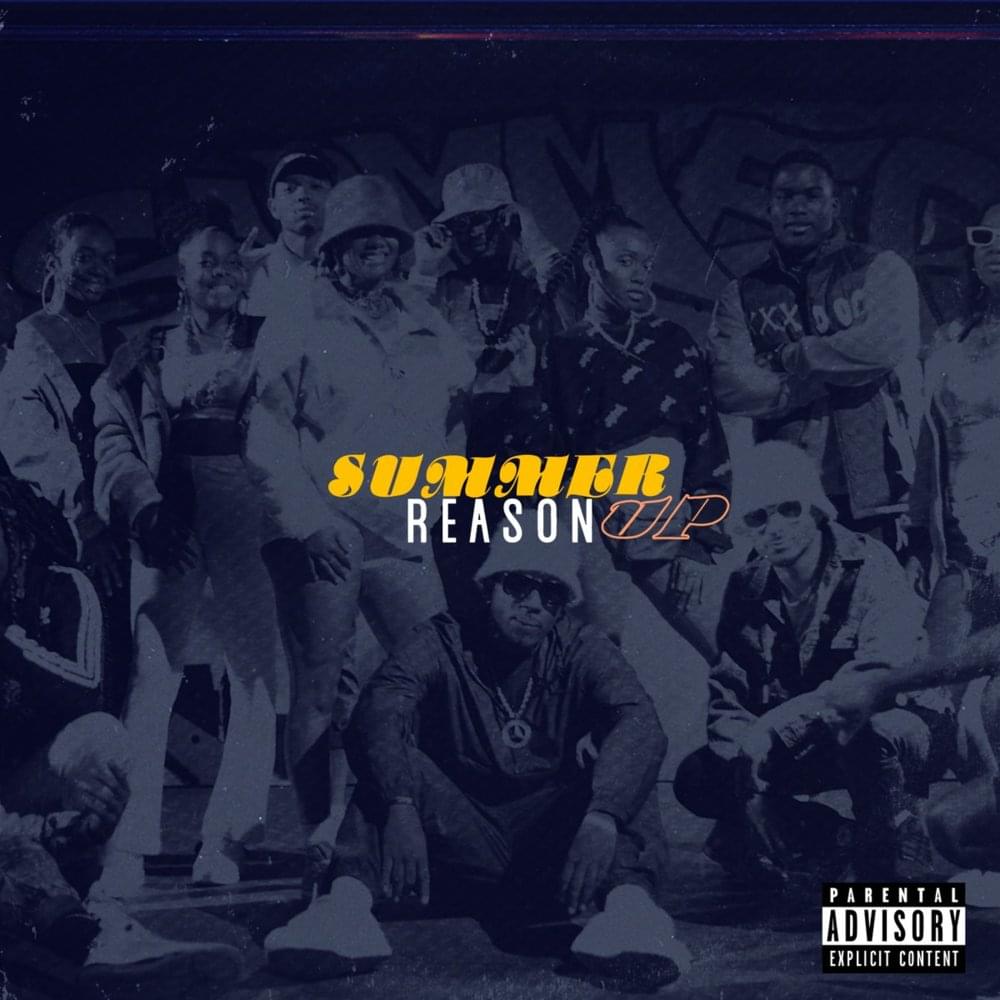 This was the second single released from this album. I think this is another decent track. I like it more than the previous song, but it still just doesn’t have much replay value for me. None of the verses are bad, but none of them really stand out that much either. I didn’t even really care for the production on this track. Everything about this song is just super average to me. It’s a decent track though. I don’t think it’s a bad song. I just won’t ever listen to it again.

This is an okay album. I think Reason is a decent MC. He’s definitely not wack. I just don’t think many of the songs on this project stand out that much. The production was pretty average for the most part. Same goes for Reason’s flow. Honestly, this is one of the most average albums I’ve heard in a long time. It’s not bad at all though. There’s really not a single song on this album that I thought was wack. It’s just not that good. Most of the beats are bland, and there aren’t really any hooks that stand out. None of them are particularly bad though. Like I said, it’s an okay record. Just don’t expect to be blown away. I don’t feel like I wasted my time because I liked about half of the songs on this project. It’s an alright album.