This album was released on September 21st this year. I’ve been putting off this review for a while simply due to the fact that the album is over an hour and a half long. I was actually thinking about saving this one for a Lupe Fiasco marathon, but I already reviewed Tetsuo & Youth back in 2015, so fuck it. I didn’t check out the first DROGAS album, but that project got a lot of mixed reactions, so I don’t know if I actually missed out on anything. Anyway, I’ve seen a lot of praise for this project, so I’m actually expecting greatness. Lupe Fiasco is one of my favorite rappers, so this’ll probably end up being one of my favorite releases of the year.

The album starts with a 19 second track containing a poem spoken by a woman about a sinking slave ship. It’s introducing the concept behind the album; basically, the project is about how the slaves on the ship survived and lived underwater, and spent the rest of their lives sinking other slave ships. The first actual song, Drogas, is actually performed entirely in Spanish. The Latin inspired production was kinda cool, but I can’t really say I enjoyed the song. I couldn’t understand anything that was being said, so I didn’t really get anything out of it. It’s not bad at all though. I won’t be returning to it, but it’s not like it stood out as being wack in any way. I just can’t really get anything from it. The production on Manilla is dope af. All three of the verses are really good. The hook’s not great, but it gets the job done.

You can accomplish anything if you survive blackness

That’s such a great line. It occurs during the beginning of the second verse. Manilla is a good song. I think the hook could be a little better, but aside from that it’s really dope. The production on Gold Vs. The Right Thing to Do is pretty good. Lupe’s rapping with a Jamaican accent about his enslaved ancestors. I like the laser sound effects that come in during the hook. It sounds really cool. Lupe snaps out of the Jamaican accent towards the end of the second verse, in which the story about how the slaves breathe underwater is told. It’s another really dope song. I even like the sung hook. I have no problems with it. The Slave Ship interlude is a long violin solo performed by Rosy Timms, who did the interludes on Tetsuo & Youth. It’s a really dramatic sounding violin solo. I enjoyed it, but it’s not something I’ll be returning to. Hmm… For some reason I’m craving quiche right now. Anyway, the next track has a phenomenal beat, and a really great hook. The first two verses are dope. The third verse was just Lupe listing different slave ships. It didn’t even really rhyme. It sounded fine though. Jesus. Whatever my mama’s cooking downstairs right now smells so fucking good. Anyway, the final verse on WAV Files is awesome. It’s definitely the best song on the album so far. I have no problems with it. It’s dope af. I love the heavy production on Down. The hook is kinda hard to take seriously though. Him & Nikki Jean are singing about how all the different marine animals are friends of the slaves.

Fish is my friends, and the whales is my homies
Octopuses my people; the shrimp, they all know me
The sharks is my niggas, the dolphins is with us
The crabs is my comrades, the seahorse be holdin’ us down

It’s cool sonically though. All the verses from Lupe were fine. I really like the way the production switches up for the outro. Honestly, I don’t know how I feel about the song… I kinda enjoyed it on the first listen, but I don’t think I’d come back to it. It’s a decent track though. 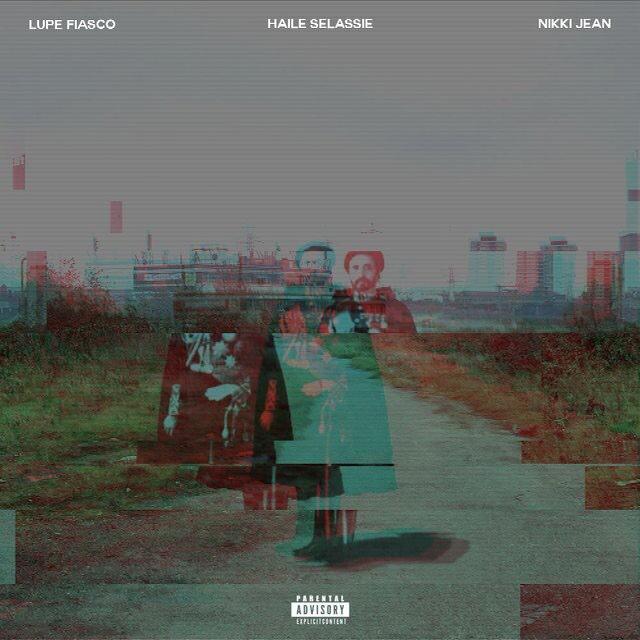 Haile Selassie has been in my iTunes library since 2014. It was originally released as part of the Lost in the Atlantic series of songs that came out that year. I think it fits in pretty well with this album though. I like the production a lot, and the hook from Nikki Jean is fantastic. The verses are all dope. It’s a good song. It’s hard for me to get excited about this track when I’ve been listening to it for the past 4 years though. Alan Forever is a really beautiful song. It’s dedicated to Alan Kurdi. He’s that kid whose dead body washed onto the shore of a beach. The picture of his corpse went viral. You’ve probably seen it. The song follows the same formula as Jonylah Forever, which is another song about a child who lost her life at an early age. Much like Haile Selassie, Jonylah Forever was released back in 2014. Actually, I think it came out even earlier than that… Yeah, according to Genius it was released in early 2013. Both of the songs are emotional as hell. Well, Alan Forever actually sounds kind of celebratory. The concept behind the songs is that the children grew up to become successful olympic swimmers and doctors. They then go onto to rescue themselves. Alan prevents himself from drowning, and Jonylah does doctor stuff on herself. They’re two of the best songs on the album in my opinion, even though I’ve been listening to Jonylah Forever for the past five years. After Alan Forever, the concept about the underwater slaves kinda just disappears. I absolutely adore the dark, heavy production on Stronger. The hook from Nikki Jean is pretty good, and the three verses from Lupe are all great. It’s a really dope song. Sun God Sam & the California Drug Deals is another really well produced song. I love how the percussion fades out and the beat gets softer for the hook. Lupe slaughtered that third verse too. The vocals from Troi on XO are nice, and I really fuck with Lupe’s more fast paced flow on this track. Troi sang her ass off on that hook. I’m glad she contributed to this album because I really loved her work on Tetsuo & Youth. XO is definitely one of the best songs on the album so far. Lupe killed every verse & the production was great. It’s dope af. The hook on Kingdom is pretty catchy. I don’t really care for the vocals from what sounds like a children’s choir though. It’s not bad enough to ruin the song, but I would’ve preferred a traditional vocal performance from one person. I really like the second verse from Damian Marley, and y’all already know Lupe rapped well on this track. It’s not one of my favorites from the album, but I really fuck with it. The hook from Simon Sayz on Imagine is nothing special, but it works. Lupe did his thing on all the verses. The song’s basically about how Lupe wouldn’t change anything if he could go back in time to the beginning of his career. There’s not really anything I dislike about the song, but at the same time it doesn’t really blow me away. It’s still a pretty good track though. I fuck with it. Same goes for Stack That Cheese. I like the beat, and the hook from Nikki Jean is pretty catchy. The song’s basically a sequel to Hip Hop Saved My Life. I like the way the song got screwed up at the end of the track. It sounded pretty good. It’s another dope song. I love the jazzy production on Cripple. I could’ve done without the F bomb in the second verse, but he killed it. The flute solo from Elena Pinderhughes during the outro was pretty awesome too. It’s another dope song. The second verse on King Nas is fucking fantastic. The song has nothing to do with the rapper Nas. It’s a song dedicated to his two nephews named King & Nas. It’s a solid track. I’m still not blown away, but I definitely enjoyed it. It’s a pretty long song. It’s about six minutes long. Lupe has never been afraid to make super long songs though. The following track is seven minutes long. I really love the hook from Nikki Jean on Quotations from Chairman Fred. It’s a pretty good song, but it really did not need to be seven minutes long. I could’ve done without that long ass speech from Bishop Edgar Jackson at the end of the song. I couldn’t focus on what he was saying. I have a low attention span, so it was hard for me to sit through everything he was saying. The song is good though. Happy Timbuck2 Day is another great song. I love Lupe’s flow on this track, and the production is dope. The hook is pretty simplistic, but I actually really like it. Lupe killed every verse on the song, especially the final one. Honestly, it’s another one of the best songs on the album in my opinion. The way Lupe’s rapping on this track is really captivating. It’s dope af. Mural Jr. is fucking incredible. I knew it was gonna be one of the best songs on the album as soon as I saw the title. It’s a spiritual successor to one of the most lyrical Hip Hop songs I’ve ever heard. The entire song is just one long verse, and Lupe absolutely demolished it. I love the epic production too. It’s a great way to close the album. It’s dope af.

This album is great. I was kind of worried about this project considering it’s long length. Lupe really came through though. I think it would’ve been nice if he kept the slave concept going throughout the entire album, but I wasn’t really bothered that much when it disappeared after the first few songs. I’m not completely blown away by this project like I was with Tetsuo & Youth, but I still think Lupe put together a really great piece of work. There’s not a single bad song on this project. I’m having a lot of difficulty choosing a favorite song. There’s a lot of material here, and almost all of it is really dope. This project is long as fuck, but none of the songs felt like filler, which is kind of miraculous. I really fuck with this project. It’s dope.