This album was released on February 16th this year. The last Nipsey Hussle project I checked out was 2014’s Mailbox Money. I’m pretty sure he’d been teasing this project since 2011. It’s supposed to be the third installment in his “Marathon” series. I’m not really sure why it took so long to come out. This is technically his debut album, which is kinda crazy. He’s been around for a long ass time. I’m not really sure why he’d only ever released mixtapes up to this point. I’m not gonna act like I really care though. I used to like Nipsey Hussle when I was younger, but nowadays most of his music is just average to me. I rarely have the desire to go back to anything he makes. I don’t think I’m gonna love this project, but I’m expecting it to be decent. I’ll be shocked if I end up thinking it’s wack. Every song is produced by Mike & Keys, except where noted.

I really like the production on this song. It sounds a lot more polished than most of what appears on Nipsey’s mixtapes. It’s dope af. The first verse from Nipsey isn’t that good to me. He doesn’t really have anything that interesting to say. It’s not bad, but I definitely wasn’t impressed by it. The hook from Stacy Barthe sounds pretty dope. The second verse from Nipsey was decent I guess. The rapping on this song didn’t really do much for me, but it wasn’t bad. This is still a pretty dope song sonically. The production is definitely the best aspect of the song. It’s dope. 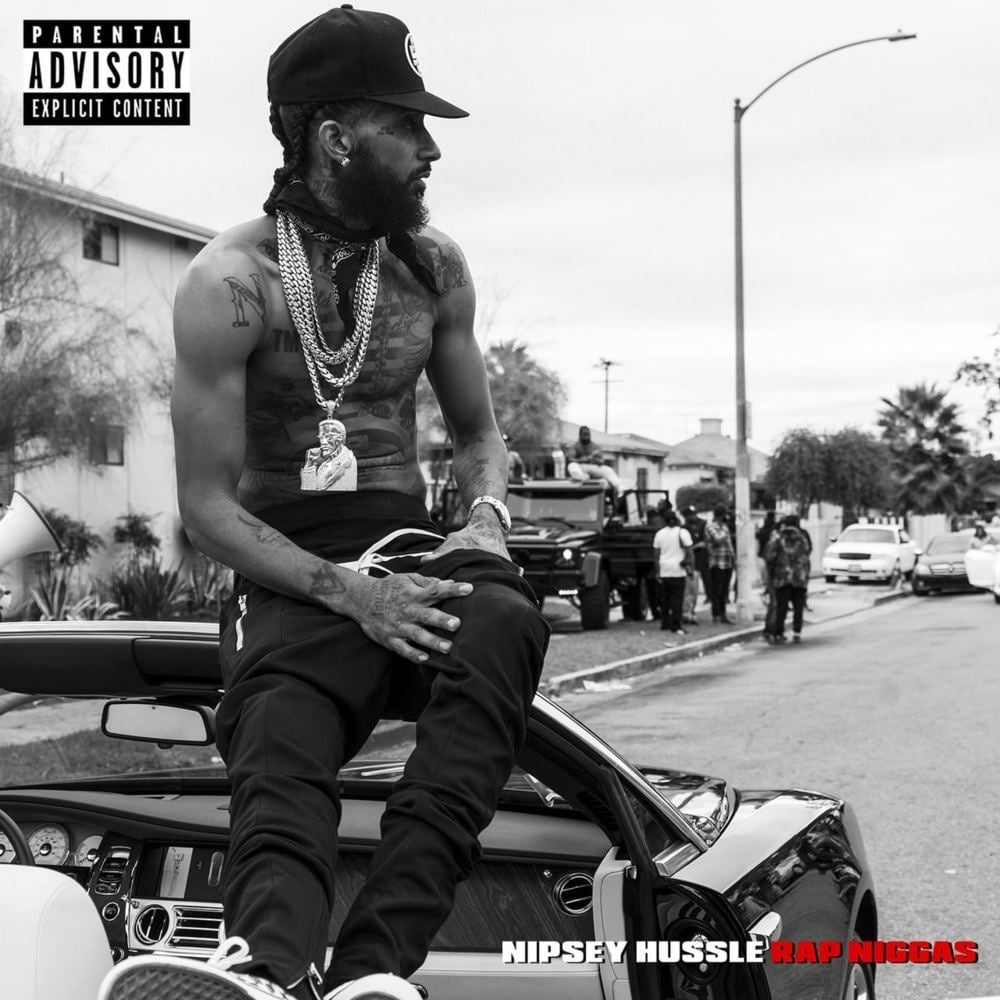 The beat on this track is really dope too. The hook is decent. Literally every single line of this song ends with the N word. It’s pretty annoying. The two verses weren’t that good to me. His flow was boring & predictable. The only aspect of this song that I really like is the production. It sounds like modern day G Funk. I’m disappointed in Nipsey’s performance over this dope beat. It’s an alright song I guess. I certainly won’t be listening to it again though. 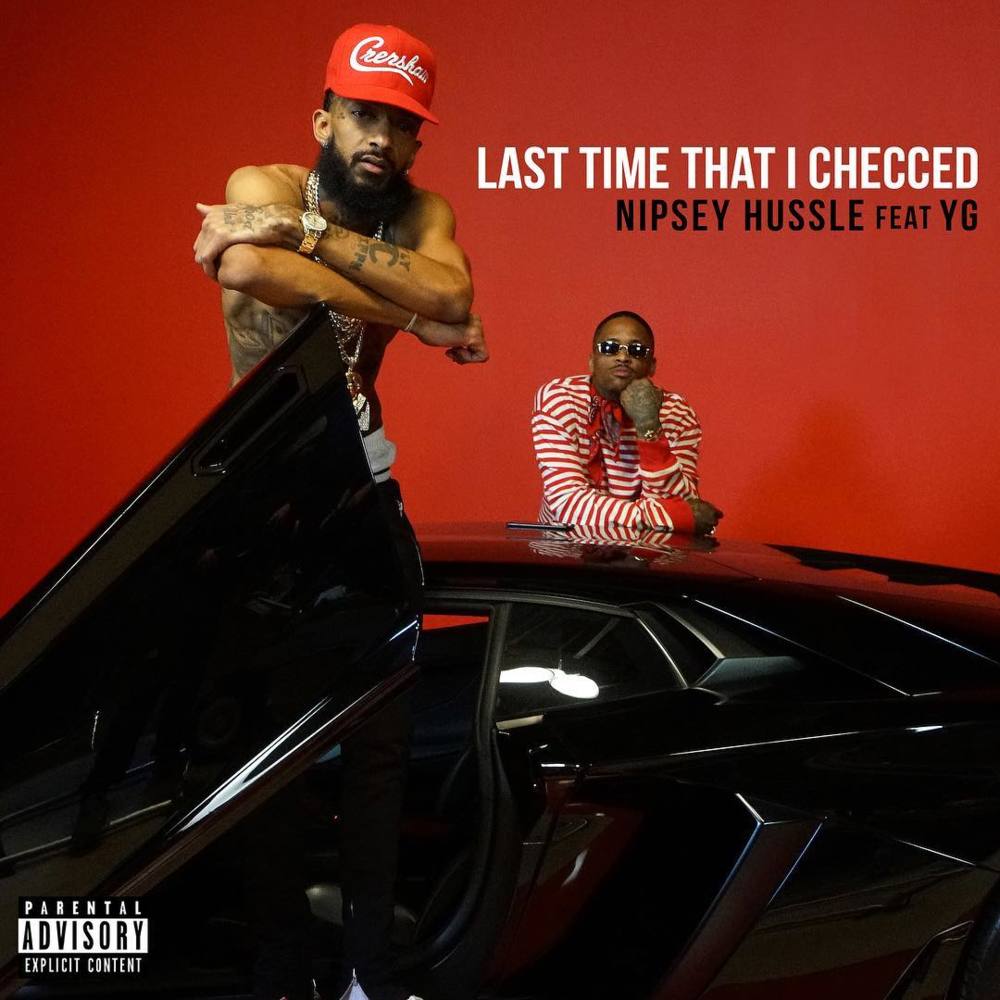 This beat is alright. It kinda sounds like a DJ Mustard beat. It’s a little more polished than the average Mustard beat though. The first verse from Nipsey was cool. The hook is nothing special. Nipsey’s second verse was fine. The third verse from YG was decent. Meh. This is kind of a boring song to me. Nothing about it really stands out. I feel like if a better rapper was featured on this song it could possibly be worth returning to. It’s not that interesting of a song. It’s not bad though. I just don’t think it’s good.

This beat is kinda cool. This entire track is just one long verse from Nipsey. Puff Daddy just does the ad-libs and the outro. I like the simplistic structure of this song, but as a whole I can’t really say I enjoyed it that much. I definitely don’t think it’s a bad song, but once again, nothing about it really stands out. It’s just an average verse over a solid beat. Puff Daddy’s feature was pretty unnecessary. This is another decent song that I’ll never listen to again. It’s not bad, but I don’t think it’s that good either.

This ain’t entertainment, it’s for niggas on the slave ship
These songs just the spirituals I swam against them waves with

The melodic hook is decent. I don’t know, man… This isn’t a bad song at all. I just don’t really think it’s good enough to keep me coming back. I’m not gonna return to this. It’s a decent song though.

This beat is a lot smoother than most of the other beats so far. It’s dope. The first verse from Nipsey did nothing for me. There’s not really a hook. There’s just a break between each verse. Nipsey’s flow is pretty boring to me. The second and third verses didn’t really impress me that much. This is another average song. Damn. This album is super average to me so far. I think all of the beats have been pretty good, but Nipsey just doesn’t hold my attention as an MC. This isn’t a bad song, but just like with almost every other song on the album so far, I won’t be returning to it.

This track samples Jay-Z’s Hard Knock Life. It’s a pretty good beat. The first verse from Nipsey was alright I guess. I’m not really feelin’ the sung hook. I don’t know who that vocalist is. It doesn’t sound like Nipsey Hussle trying to sing. The second verse is definitely better than the first verse. I don’t think this is a bad song. It was cool on the first listen. I just don’t think I need to hear this more than once. I’m good with just one listen. It’s not something I wanna come back to. It’s a decent song though. I guess.

The original Status Symbol was my favorite track on Mailbox Money. I didn’t really like its sequel that much, but it wasn’t bad. I’m not really feelin’ the hook from Buddy on this track, which is disappointing since the hook was the best aspect of the original song. It’s not particularly bad on this song, but it’s not good to me. The beat is nothing special. The two verses from Nipsey didn’t really do anything for me either. His flow was boring to me. This is a super average song. There’s really not a single aspect of this track that I liked. This is the most underwhelming song on the album so far. It’s not bad, but I don’t think it’s good.

This song also has a really underwhelming beat. The hook kinda sucks. The two verses from Nipsey Hussle were super average. He had a really lackluster flow. I’m not feelin’ the bridge from Konshens & J-Black either. This is definitely the wackest song so far. It’s just a super stale track. The production, hook, flows, and features are all kinda shitty. I’m not feelin’ this song. It’s wack to me.

The beat on this song is decent. TeeFlii sounds kinda good on the first verse. The hook from Nipsey is decent, and he did an alright job with his verse. The way the beat switches up after the second recital of the hook is actually really fuckin’ nice. The final verse is alright. I don’t like how the song ends with static though. That was pretty annoying. This is a decent track. I’m never gonna listen to it again, but I’m not mad at it. Nothing stood out as being particularly bad. It’s just not good enough to warrant any repeat listens.

11. Grinding All My Life co-produced by Murda Beatz

This song has an average beat. I just finished listening to the entire song. I have absolutely nothing to say about it. This is a pretty generic track. Nothing about it stands out in any way. It’s not even a bad song. It’s just painfully average. I’m never gonna have the desire to replay this shit because I feel like I’ve already heard it a thousand times before. This is decent at best.

12. Million While You Young featuring The Dream

This song has a decent beat. Nipsey said something about “raping Rap music” at the beginning of the first verse. I’m not really sure what he meant by that… The more I listen to this beat the less I like it. It’s super average. Nipsey has a really boring flow. Neither of his verses on this song did anything for me. The outro from the Dream was decent though. This song did nothing for me. It has zero replay value. I’m so fucking bored right now.

I kinda like the celebratory beat on this song. I don’t really like Nipsey singing that hook though. Nipsey’s flow on the first verse is lazy as hell. His flow on the second verse was just as boring. This is another super underwhelming song. The bridge from Marsha Ambrosius was the best part of the song to me. This track is mediocre. The production was decent, and the feature was solid. I wasn’t feelin’ Nipsey on this track at all though.

I really like the heavy production on this song. The hook from Belly & Nipsey is nothing special, but it works I guess. The first verse from Nipsey did nothing for me. This is a really slow paced song. It’s actually pretty goddamn boring. The two verses from Nipsey and Dom Kennedy are average as hell. I feel like this would be a good song to listen to if I was high as hell just because the beat is so heavy and chill. The sober version of myself could never fuck with this. It’s mediocre to me.

The beat on this track is dope. I just listened to the whole song. It’s not bad, but I’m never gonna listen to it again. Nipsey’s performance on this track did absolutely nothing for me. I like the production a lot, but that’s pretty much the only aspect of the song I can get behind. I think this is a decent closer to the album. It’s not really that good to me, but it’s better than the previous handful of tracks. I’m not coming back to this shit though.

I didn’t like this album. I liked the first song, but every single song after that was painfully average at best. I think I’m gonna steer clear of Nipsey Hussle’s music in the future. He just really bores me as an MC. I think his flow is lazy, and his subject matter is usually pretty generic too. From what I’ve heard, this project really isn’t any different from any of his other mixtapes. The production might be a little more polished than usual, but for the most part this just seems like another mixtape. The production’s pretty much the only aspect of this project that I liked. This isn’t a bad album, but I definitely wouldn’t call it good. It’s mediocre to me.