This album was released on October 19th this year. This will be the first time I’ve ever checked out a full project from deM atlaS. I’m pretty sure this is the first album he’s ever released. I’m really not that familiar with him as an artist. I’m honestly just checking this out due to the fact that it was released by Rhymesayers, which is one of the best Hip Hop labels around. I don’t think I’m gonna be blown away by this project, but I’m expecting it to be above average. Every song is produced by Ant & G Koop. 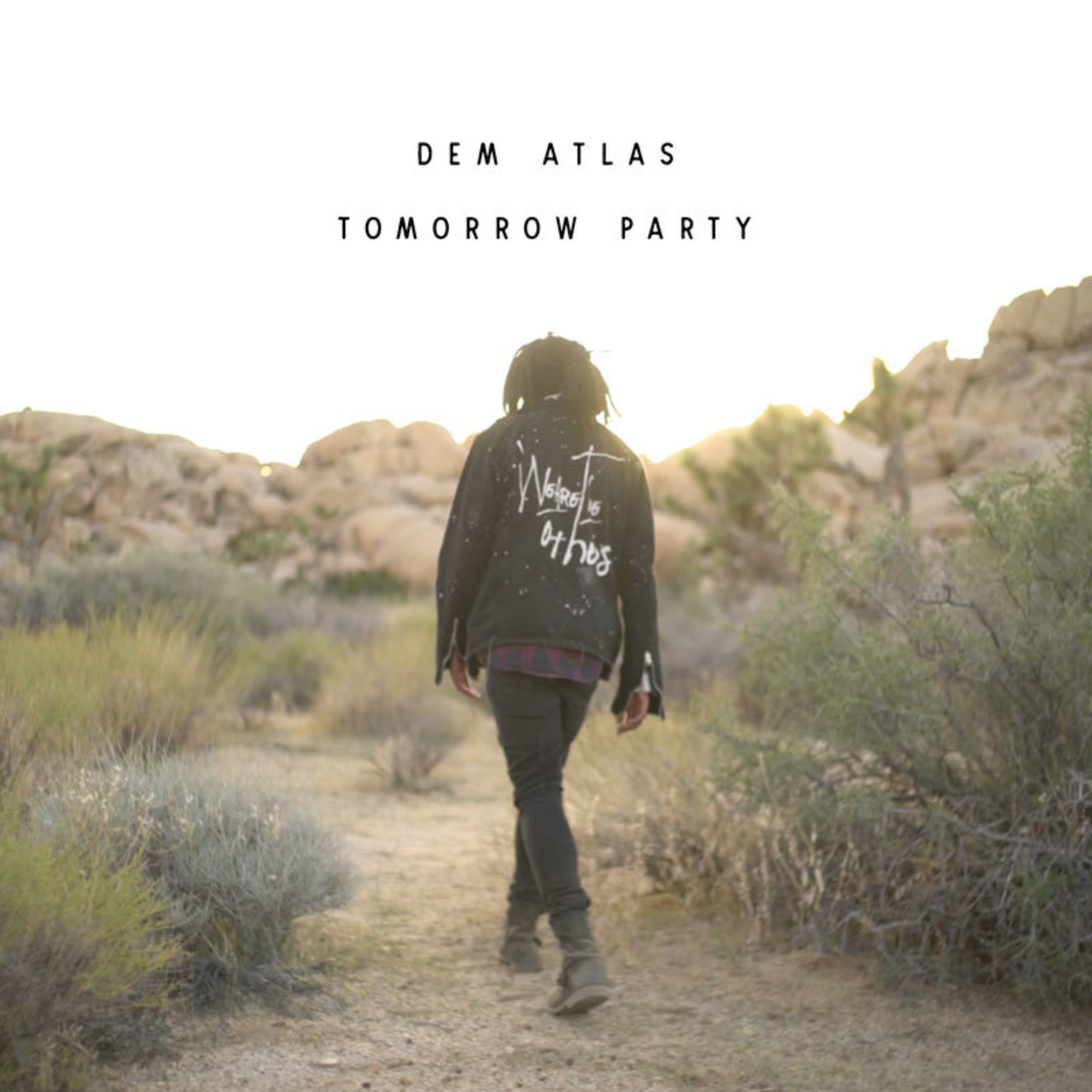 The acoustic guitar driven production on this track is cool. The sung hook is nothing special, but it works I guess. There’s only one verse from deM atlaS on this song. It’s pretty good. It takes a while for this song to get going, but it’s a pretty solid track. I’m not in love with the hook, but it’s not really bad. This is a pretty good opening track. I enjoyed it. It’s dope.

I really like deM atlaS’ vocals on the intro of this song. I can tell from everything I’ve heard so far that this project has a pretty strong Rock influence. It actually sounds really good. I think people who are more into Rock music will be able to get into this song. This is a lot better than the previous track. The hook is really catchy, and the verses are solid. I actually really fuck with the production from Ant too. This song is dope af to me. I have no problems with it.

The hook on this track is pretty great. I really like deM atlaS’ singing voice. This is a really relatable song for me. There are lines about how he doesn’t wanna deal with other people, but is lonely at the same time, which is definitely something I can relate to. This song is just as good as the previous track to me. There’s really not anything I dislike about it. I really fuck with this one. It’s dope af. 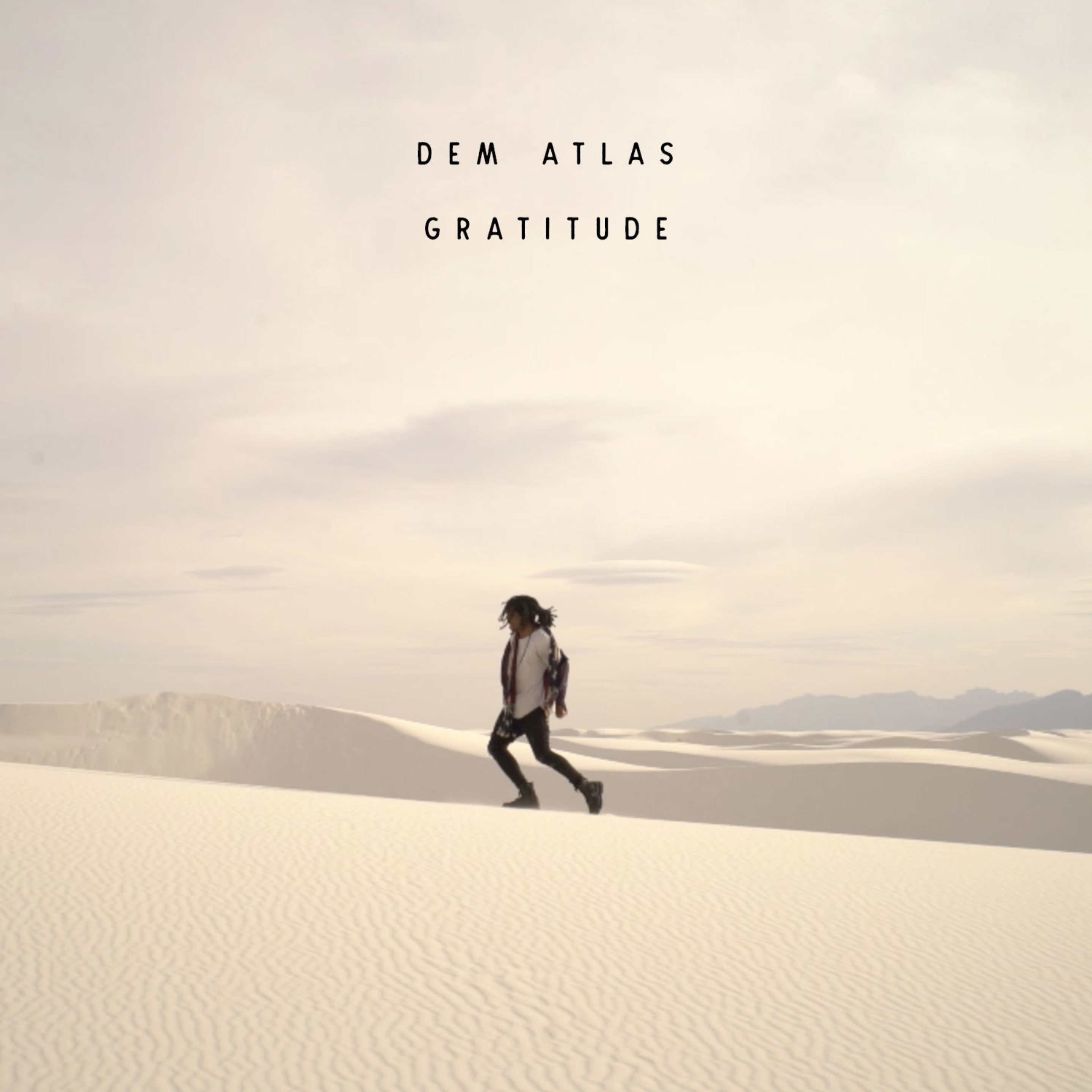 This is pretty much a Rock song. deM atlaS’ vocals on the hook sound super powerful. It’s really great. He doesn’t really rap on this track. He’s singing the whole time, and it sounds really good. I can already tell that it’s gonna be hard for me to choose a favorite song from this album. This doesn’t really sound like something I’d typically be into since there isn’t even any rapping, but I think it’s really fantastic. This shit is dope af. 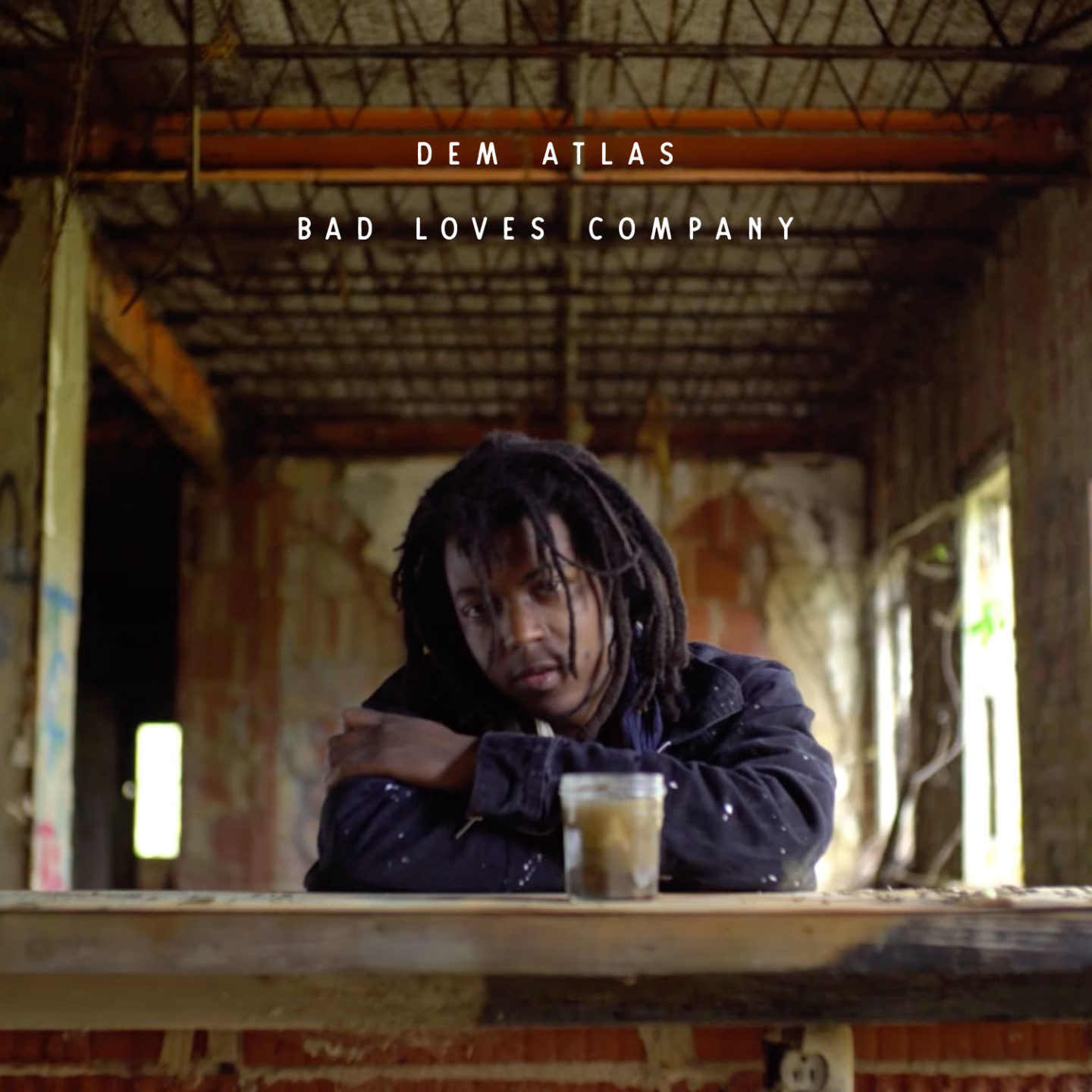 This track has a more relaxed vibe than the previous track. The hook sounds pretty good, and the beat is dope too. He’s actually rapping on this track. The first verse is pretty nice. He did his thing on the second verse too. This track isn’t blowing me away like the previous handful of songs, but I definitely enjoyed it to a certain extent. I fuck with this song. It’s dope.

This song has one of the best beats on the album so far. I really love deM atlaS’ singing voice. He sounds really good on the first verse. This is another song that features pretty much zero rapping. I guess he’s kinda rapping on the bridge.

He’s singing about wanting to be with someone in a romantic sense. I can definitely relate to it. This is honestly one of my favorite songs on the album so far even though there’s not really any rapping. This is dope af to me.

The previous track transitions really well into this one. I wasn’t really that crazy for the production on the recent Atmosphere album. Ant really did a great job with the beats on this album though. This song has a really great beat, and yet another really catchy hook. He’s actually rapping on this track. The verses are dope. I don’t really have any gripes with it at all. This is another good song. It’s dope. 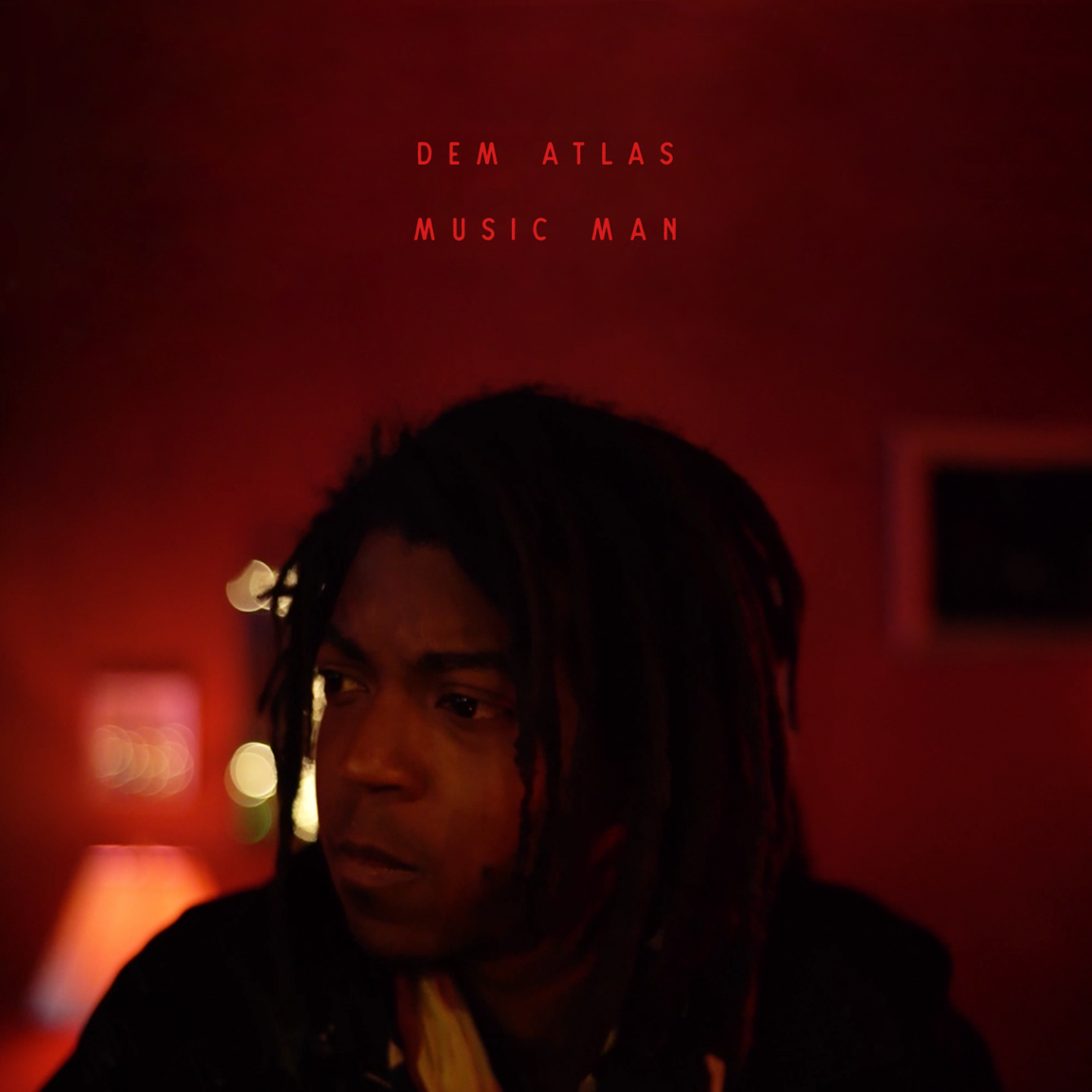 This song has a softer sound than a lot of the other tracks. The hook’s pretty nice. There’s no rapping on this track. He sings both of the verses. I like the lyrics about loneliness in the second verse a lot. This is a pretty entertaining song sonically. I don’t really have much to say about it. I wasn’t really that impressed by it when I heard it as a loose single, but it sounds good in the context of the album. This is a dope track. I fuck with it.

Awwww man… This song is really slow paced & sad. I can really relate to these lyrics about unreciprocated love. Damn… This might actually be my favorite song so far. This sounds like a modern day emo Rap song, except good. It doesn’t sound like the typical Trap inspired, autotuned croonfest about heartbreak. This sounds like a more mature, grown up attempt at making that kinda music. The production is really great, and I love how sad this song sounds. It’s dope af. I even like the guitar solo towards the end of the song. This shit is great.

This is another pretty sad song. The hook is dope af, and the first verse was awesome. Goddamn. I just listened to the entire song. THIS is fucking awesome. He’s rapping about how his parents used to always fight and how he hated his father. The way he ended the final verse was so fucking cool. I love when people use writing and rapping as a metaphor for fighting and killing people. It just works so well to me. Anyway, this is yet another phenomenal song. I’m gonna have a lot of difficulty choosing a favorite song. I love this shit. This is dope af.

I really like the beat on this track. I just listened to the whole song. It’s pretty good. I don’t really have anything to say about it though. It doesn’t have any rapping. It’s just deM atlaS singing over a mid-paced beat. It’s definitely not one of my favorite tracks. I enjoyed it to a certain extent, but it’s one of the least interesting songs on the album. I still like it though. It’s dope.

The beat on this track is pretty good. I like the hook on this song too. He’s actually rapping on this song. The first verse is dope. It sounds like he’s singing about being in an abusive relationship. This is a good song. I think it’s better than the track it follows, but I’m still not blown away by it like I was with some of the other songs. It’s a good track though. I fuck with it. It’s dope.

The beat on this track is fucking awesome. This might actually be the best beat on the album so far. deM atlaS starts rapping pretty much as soon as the beat drops. This song probably has the most straightforward structure on the entire project. The verses are all pretty good. The hook is nothing special, but it works. I don’t really have any problems with this track. The best aspect of it is definitely the production, but the verses are solid, and the hook isn’t bad. I fuck with this song. It’s dope. 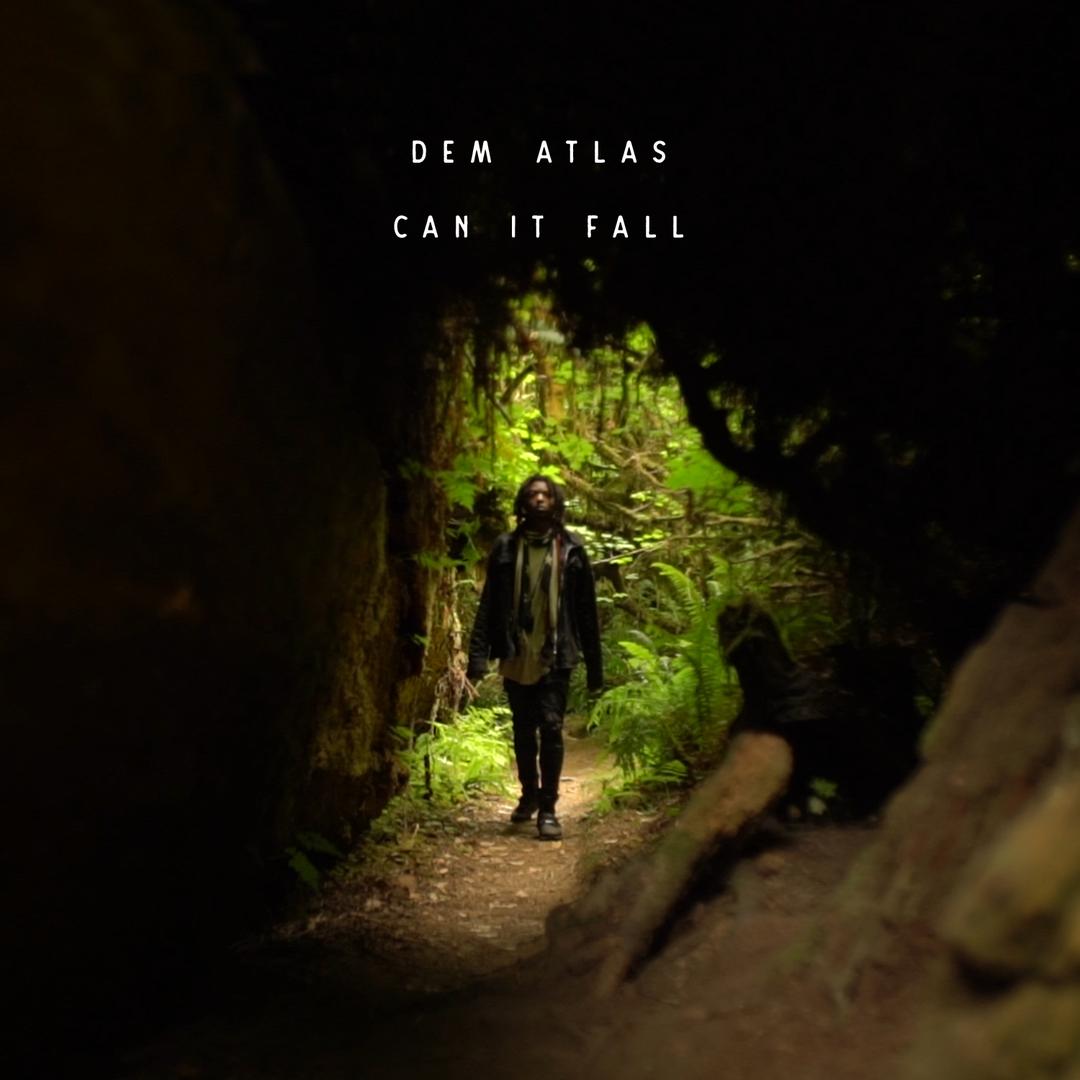 This is definitely the smoothest song on the album. The vocals on the hook are great, and the first verse sounds pretty good too. He sang his ass off. The second verse was really good as well. I don’t really have much to say about this song. I think it’s good. I really love the somber sound it has. I don’t have any gripes with this song. I fuck with it. This shit is dope af to me.

I love the lighthearted, celebratory sound this beat has. It’s dope af. The hook is fantastic, and he sounded pretty great singing the first verse too. This is another really stellar song. I love the lyrics of the hook. They’re super relatable for anyone who’s recovering from heartbreak, so this is perfect for me. This is one of the best songs on the album in my opinion. It’s a great closer. This shit is dope af.

This album is really great. There’s not a single song on this project that I didn’t really like. I really didn’t expect to love this album as much as I do. I think the production from Ant is significantly better on this album than it was on Mi Vida Local. It may have something to do with the additional instrumentation from G Koop. The content of this album is really relatable for me. I guess this could be considered “emo Rap.” As someone who suffers from three different mental illnesses, I always appreciate emotional music like this. This project is kinda long, but every song on it is dope, so I’m not really bothered that much by the length. deM atlaS’ singing is really fantastic to me. I love his voice. He’s a pretty good rapper too. I don’t really have any consistent problems with this album. It’s really dope to me. I love it.