This album was released on November 2nd this year. I’m pretty sure this is Metro Boomin’s first full length album. He dropped a mixtape in 2014 called 19 & Boomin’, which is when he first caught my attention as a producer. He has a song on there with Trinidad James called Serious, and that beat is fucking awesome. Anyway, I think this is gonna be a decent album. I’m definitely not expecting it to be bad. I can’t really call myself a fan of any of the featured artists, so I don’t really think I’m gonna like this project that much. I’m sure there’ll be a decent handful of songs that I like though.

The beat on this track is really great to be honest. It sounds really pristine. You can tell Metro put a lot of effort into it. It’s dope af. I’m not really crazy about the hook. Gucci’s melodic delivery sounds pretty bad. Man… The two verses from Gucci are really bad on this track. He kinda ruined this beat for me. I wasn’t feelin’ his laid back delivery, and his flow sounded lazy as hell. That’s really disappointing. In terms of production, this song is really fantastic. The way the beat kept evolving throughout the entire song was awesome. Metro really should’ve gotten a more capable MC to spit over it though. Gucci ruined this track for me. It’s not bad enough for me to call it wack, but it’s definitely not a good song overall. This shit is just okay to me.

The beat on this track is pretty dope. Travis’ flow on the two verses of this song are incredibly boring. Nothing about his performance on this track is impressive to me. Metro Boomin’ did a really great job with the production though. There are some ad-libs from 21 Savage on the outro. I don’t really have anything to say about this song. I don’t think it’s good. It’s not really that bad though. It’s just not something I’ll ever have the desire to hear again. Like I said, the beat is really good. I just didn’t really care for Travis Scott’s performance. It’s an okay song though.

3. Don’t Come Out the House performed by 21 Savage co-produced by Tay Keith

The transition from the previous track into this one is really fuckin’ nice. The repetitive hook is really simplistic, but it works I guess. I’m really not sure how I feel about the way 21 Savage whispers throughout the first half of the first verse. That line about BlackPeopleMeet.com was kinda funny. This track definitely has my least favorite beat on the project so far. It’s not that good to me. It’s decent though I guess. This track didn’t really do anything for me. I didn’t like the way 21 Savage was whispering on this song, and the repetitive hook didn’t do anything for me. This is an okay track though. I just won’t be listening to it again.

The beat on this song is kinda cool. The first verse from Swae Lee really didn’t do anything for me. The hook is decent I guess. Travis Scott’s verse was definitely more entertaining to me than Swae Lee’s verse. This is a really melodic song. It sounds pretty accessible. I’m sure casual listeners will enjoy this, but it didn’t really do anything for me. I kind of enjoyed this on the first listen, but there’s zero replay value in it for me. I won’t be returning to this song.

The beat on this song is dope af to be honest. It’s really great. I actually really like the hook from Gunna too. He sounds really great on this track. I kinda wish he didn’t use the same exact melody for the actual verses. It gets kind of old by the time the song ends. That’s my only gripe though. I think Gunna sounds really good on this track, and the production is really good. This is easily the best song on the album so far. I fuck with this shit. It’s dope.

This song samples that Patty LeBelle song, If Only You Knew. It sounds pretty good. The horns that come in during the hook sound glorious to be honest. The production on this track is fantastic. Neither of the two verses from 21 Savage were that entertaining to me, but his performance on this track was definitely more enjoyable than what he did on the third track. The hook’s nothing special. Really, the only aspect of this song that really makes the song worth coming back to is the stellar production. Metro put his ass into this beat. I fuck with the song. It’s dope.

7. Up to Something performed by Young Thug & Travis Scott co-produced by Allen Ritter & Southside

8. Only 1 (Interlude) performed by Travis Scott

This track sounds like Travis Scott trying to make a bootleg 808s & Heartbreak song. The piano driven production is cool, and Travis Scott’s autotuned singing actually sounds pretty goddamn good. The song’s only a minute and twenty seconds long, but I honestly enjoyed it. I don’t really have any issues with this song. It’s dope to me.

The way the previous track segues into this one is super smooth. The beat on this track is really dope. The hook from Gunna sounds pretty good. All of his lyrics go in one ear and out the other. He sounds good though. His verse was fine. The production is really great, and Young Thug sounded pretty good on the second verse too. Again, the lyrics don’t really affect my enjoyment of the song. Neither of them said anything worth quoting. This is a really dope track sonically though. I fuck with this one.

This song flips the same sample as Tearz by the Wu-Tang Clan. The beat sounds like it has some Caribbean influence. I’m not really crazy about this hook from Swae Lee. It’s not bad, but it’s not that good to me. Wizkid’s verse was kinda cool. Nothing about this song really stands out in a good way though. The repetitive melody from Swae Lee isn’t that good to me, and I wasn’t really impressed by the production. I won’t be returning to this track. It’s not really that bad, but it doesn’t have any replay value for me personally. It’s decent though.

11. Only You performed by Wizkid, J. Balvin & Offset co-produced by Allen Ritter

I really hate this trend of mainstream artists trying to make Dancehall songs. This is definitely my least favorite song on the entire album so far. I don’t even think it’s a bad song. It’s just not my type of music. Wizkid’s hook is kinda catchy, and Offset’s flow was cool. I’m not feelin’ anything else about this song though. I didn’t care for J. Balvin’s verse. It doesn’t even have anything to do with his verse being in Spanish. I seriously doubt he’s saying anything interesting. This song isn’t complete trash, but it’s not for me. I’m never gonna listen to this again.

The beat on this track is pretty dope. The hook from Travis Scott is nothing special. The first verse from Kodak Black isn’t good. The second verse from 21 Savage was solid though. The only aspect of this song I can really get behind is the production. Metro Boomin’ did a great job with the beat. The sample on the outro sounded pretty great. I don’t think this is a bad song. It’s just not good enough for me to return to it. I won’t be listening to this again. It’s okay though.

13. No Complaints performed by Offset & Drake 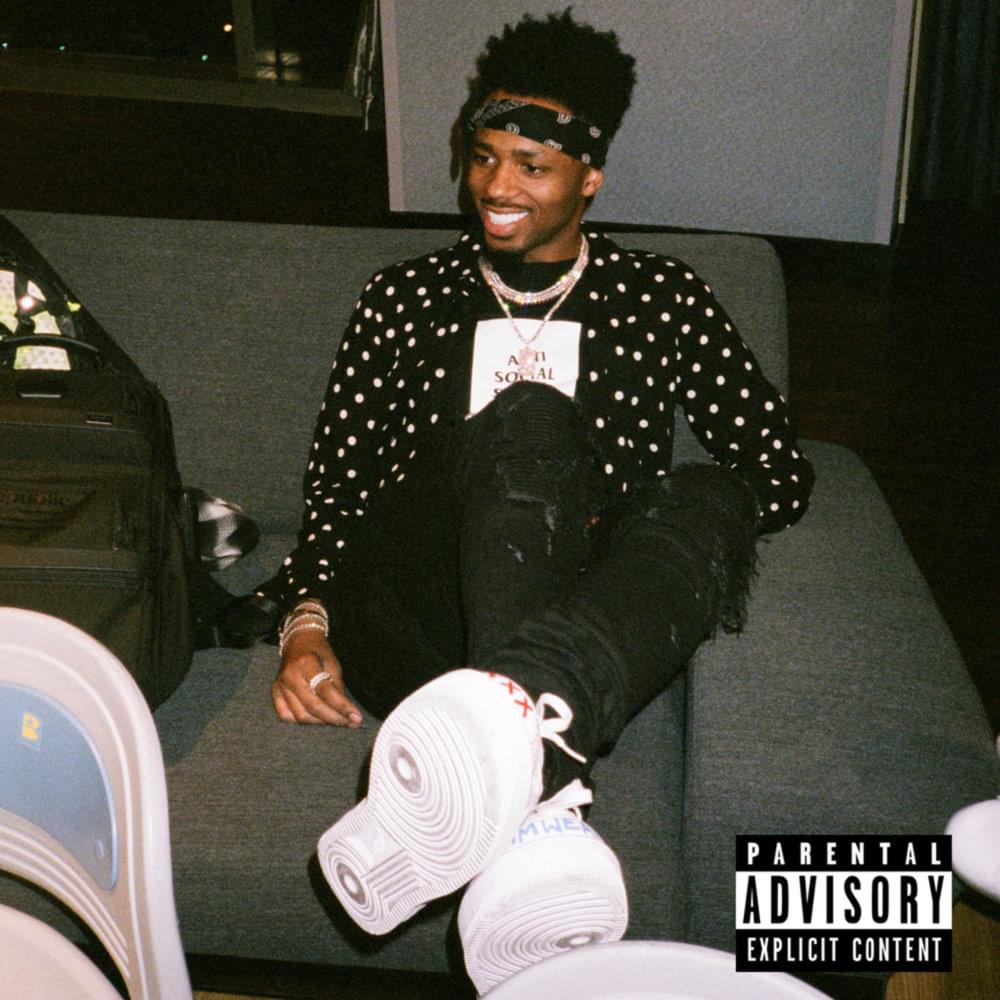 The beat on this track is pretty cool. It’s definitely not one of the best on the album, but it’s good. The hook from Offset is nothing special. The first verse from him wasn’t that good either. It was fine though I guess. Drake’s flow was lazy as hell on the second verse. This is actually a pretty boring song. It’s labeled as a bonus track. He probably shouldn’t have put this on the album. This is my least favorite track to be honest. It’s super boring compared to everything else. I don’t think I can call this bad, but it’s definitely not even close to being good. This shit is mediocre to me.

This is an okay album. There aren’t any songs on here that stood out as being bad, but none of them really blew me away either. This project definitely has some of the best Trap production I’ve heard all year. Metro Boomin’ definitely deserves all they hype he gets. I just wish his beats weren’t wasted on such wack rappers. Fans of traditional Hip Hop probably won’t like this album at all. There really aren’t any great verses on this project. Nobody killed any of these beats. There’s a decent handful of songs that I actually like though. This is a bit better than I was expecting. I don’t think it’s that good overall though. I wouldn’t spend money on this. However, if you’re a fan of all these featured artists you’ll probably enjoy this project because they don’t really do anything different from what they usually do. I think this is a decent album.