This EP was released on November 9th this year. IDK released his debut album last October, and I didn’t review it at the time. I have listened to it though, and it’s really great. That project made me a fan of the guy. He’s a dope rapper. I don’t really have much to say about this project before listening to it. It’s not gonna have a concept like IWASVERYBAD had. It’s just a collection of collaborative songs. I think I’m gonna like it.

Apparently Thirty Rack is the name DJ Carnage goes by when he raps. The beat on this track is kinda cool. I’m not really that impressed by the hook from IDK though, and his verse wasn’t that great to me either. It wasn’t bad though. It just didn’t really stand out to me that much. I’m not really feelin’ Carnage’s verse. The song is pretty short. It’s just over two minutes long. It’s not really that good to me, but I don’t think it’s bad. Nothing about it really stands out in a good way though. It’s just okay to me.

The Trap inspired production on this track is pretty boring to me. It sounds really generic. The hook on this song is boring too. The first verse from IDK is okay I guess. There aren’t really any lines that stand out in a good way, and his flow is nothing special. It’s not really a bad verse though. It’s just not that good. Maxo’s verse was a lot better, but I still wasn’t really that impressed by it. This is a really underwhelming song to me. Absolutely nothing about it stands out in a positive way. The production, hook, and verses are all really boring to me. It’s not actually bad though. It’s just painfully average. I won’t be listening to this again, but it’s decent.

3. ONCE UPON A TIME (FREESTYLE) featuring Denzel Curry produced by Finatik N Zac 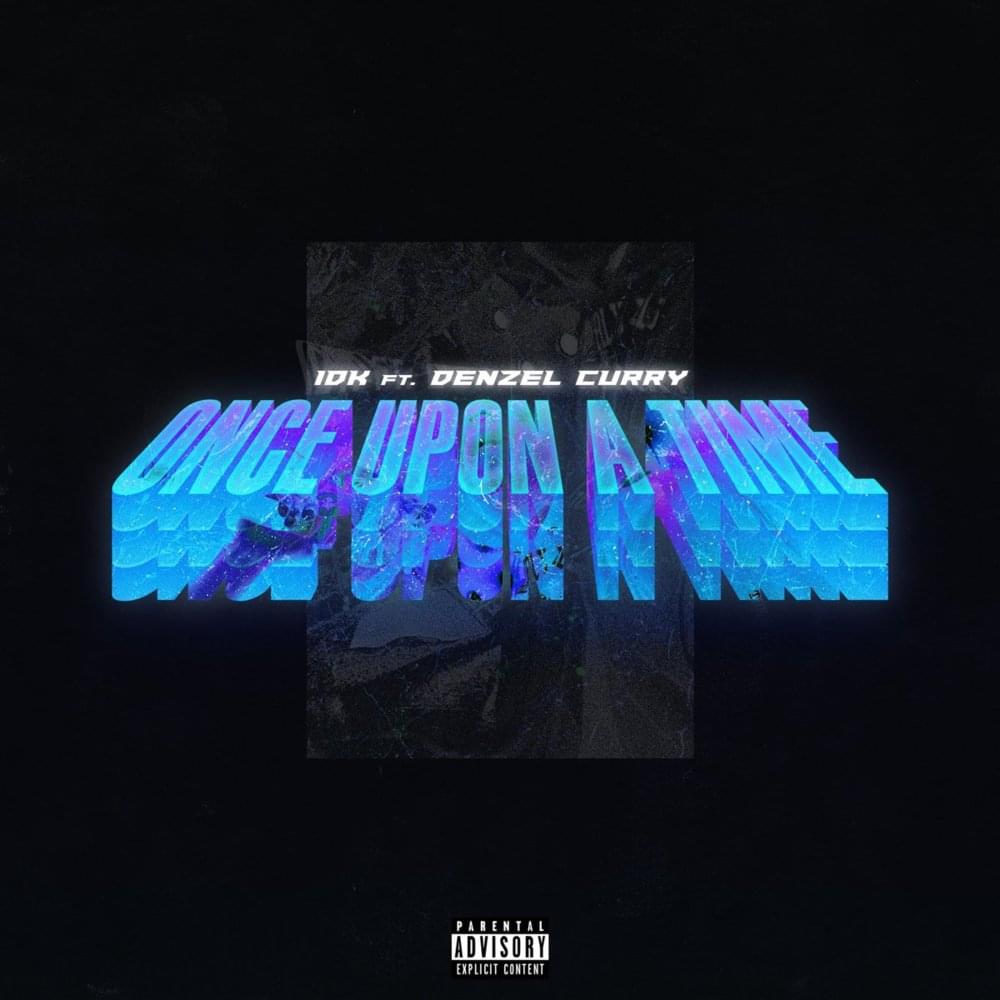 This is the first song on the project that I can see myself returning to. It’s Denzel Curry & IDK trading verses over a dope beat. There’s no hook or anything like that. This is easily the best track so far. I like the simplistic structure it has. None of the verses really blew me away, but they’re definitely above average. I honestly liked IDK’s verses more than Denzel’s. Huh… All of a sudden I have a craving for hot wings. That’s neither here nor there. Anyway, I think this is a pretty dope song. All of the verses are good, and so is the production. I fuck with this track.

The beat on this track is fire to be honest. It’s a really bass-heavy Trap beat. The hook is really repetitive, but I kinda like it. The first verse from IDK is solid. It starts off kinda slow, but when his delivery switches up and his voice gets deeper it sounds pretty good. Rico Nasty’s verse was super underwhelming. Absolutely nothing about her verse stands out in a good way. Her flow was boring, and the lyrics go in one ear and out the other. The song gets kind of old after a while, but I still kind of enjoyed it. This is a dope track. I mean, it’s not that great. I like it though. It’s kinda good.

I’m not familiar with this Q da Fool guy, but he’s apparently signed to Roc Nation. That’s not really a sign of quality though because so is Big Sean. Anyway, the beat on this track is actually kinda nice. The hook is nothing special, but it’s not bad. It’s just tolerable. The first verse from Q da Fool was about as average as it gets. Absolutely nothing about that verse stands out in any way. It’s not even bad. It’s just super okay. The second verse from IDK was definitely better, but it’s still not good enough to make me want to return to this song. I feel the same way about this track as I did the first couple of songs on this EP. It’s not good, but it’s not really bad either. It’s average as hell.

Kenny Beats did a pretty great job with this beat. The hook from IDK is really flat though. Same goes for his verse. It’s painfully average. This song has the best beat on the entire project so far though. I really wish IDK went harder on it. Wale had the better verse, but it felt really short. Both of them had really short verses. They didn’t really get a chance to go as hard as I would’ve liked. This is another super average song. I feel like if they put in a little more effort this could’ve been worth coming back to, but it’s another decent track that I’m never gonna listen to again.

The beat on this track is cool. I just listened to the entire song. It’s pretty good. It’s definitely one of the best songs on the project. That’s not really saying much I guess. I enjoyed the song. It’s got a super simplistic structure. The entire song is just them rapping with no hook or anything. Domo’s verse was decent. He’s never really been that impressive as a rapper to me. He did his thing though. IDK wasn’t really that much better to be honest, but I think he did pretty well. This is probably the second best song on the project. I’m not in love with it, but I enjoyed it to a certain extent. It’s dope.

This EP is okay I guess. I gotta say, I’m actually kind of disappointed. IWASVERYBAD was a great album, and in comparison this project just feels really bland. Nothing about it really stands out at all. It’s just a short collection of mostly average songs with little to no replay value. He doesn’t really do anything creative on any of these tracks. Some of the beats are kinda hot, but for the most part this is a stale listen. I think fans of IDK will appreciate this project to some extent as long as they don’t expect the same quality they received on his debut album. This project isn’t good, but I think it’s a tad bit above average. It’s not like every single song was a throwaway. There are some songs I liked. Most of this shit is really underwhelming though. It’s an okay project.