This album was released on November 26th this year. As far as I can tell, there’s a lot of hype surrounding this project. J.I.D is easily the best artist on this year’s XXL freshman list. The two singles he dropped from this project have been really great too. I loved his debut album, The Never Story. However… I’m gonna be honest… I think I kind of overrated that project. I gave it a really high score, but I’ve barely gone back to it at all since reviewing it. I still think it’s a really great project though. I just wouldn’t call it “amazing” like I originally did. Anyway, I think this project is gonna be great. I’ve never heard a bad song from J.I.D, so I’m pretty excited for this shit.

This was a pretty unnecessary introductory skit. It’s just the sound of someone channel surfing. This track really isn’t worth discussing at all. I didn’t get any enjoyment out of it. I’m not gonna pretend to have a problem with it being here though. I’m sure most people will never listen to this track more than once.

This beat from Kenny Beats is hard as hell. J.I.D’s flow on the first verse is pretty great too. The way the beat switches up after the first 16 bars is kinda abrupt. It kinda fucks up the momentum of the song, but once the second beat comes on things get back to how they were. The second beat’s dope af to be honest. I love how J.I.D’s rapping about how nobody can rap better than him. He namedropped Travis Porter at one point in the second verse. I thought everybody forgot about those guys. The final verse was definitely the best part of the song. The sung hook actually sounds pretty good too. I actually really like this song. The way the beat switches up was kind of bizarre at first, but the second beat is awesome. This shit is dope af to me.

The beat on this track is dope af. The hook from A$AP Ferg is nothing special, but it works I guess. J.I.D’s flow on the first verse was awesome. The same thing can be said about the second verse. He rapped his ass off. A$AP Ferg is definitely the most underwhelming aspect of this song. The verses are great, and so is the production. I like this song, but I’m not as impressed by it as I was with the first song. It’s dope though. I don’t really think anything about it is wack. The hook’s not that great, but it’s not bad. This shit is dope to me. 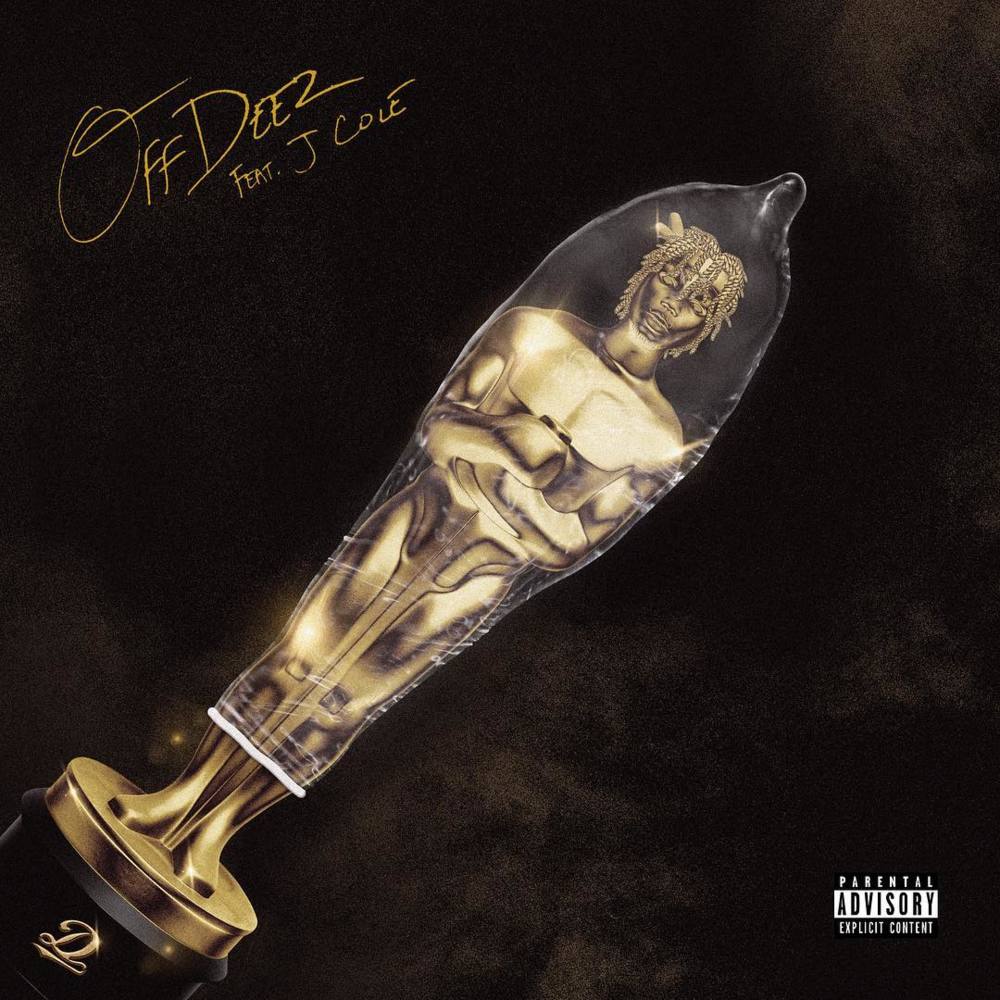 This was the second single released from this album, and it’s really good. This is probably my favorite song on the album so far to be honest. I love the production from ChaseTheMoney, and the fast paced hook from J.I.D is pretty dope too. J.I.D’s flow on the first verse was awesome. He did a great job. J. Cole actually snapped on this track though. It was kinda weird to hear him rap with a double time flow just like J.I.D did. I’ve never heard him rap like that before, but he sounded pretty good here. Honestly, I think I like his verse even more than J.I.D’s verse. According to Genius, apparently Kendrick Lamar & Ski Mask the Slump God were originally supposed to be on the song. I honestly think that would’ve been better than what we got. The dream is for a remix with Kendrick, Ski Mask & Cole all on it. That’d be awesome. Anyway, this is a really great song. It’s dope af to me. 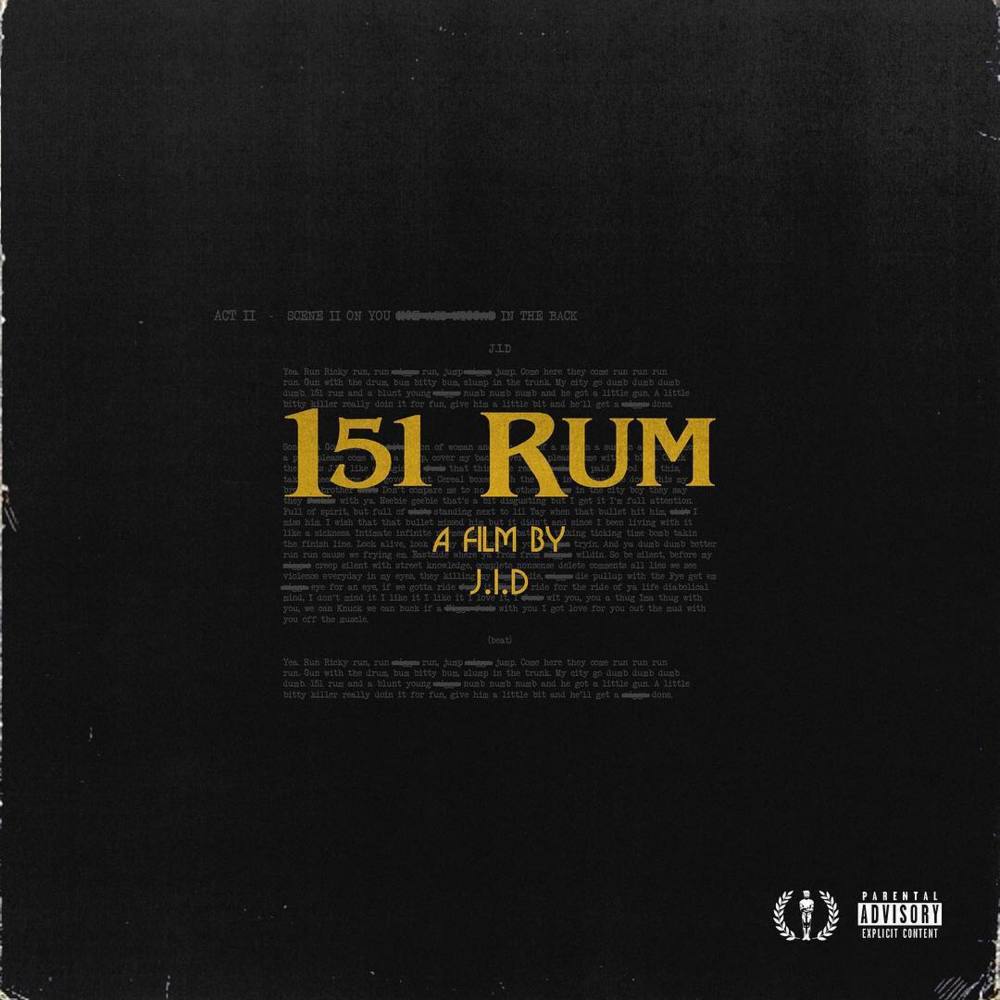 This was the first single released from this album. It came out in September, and it’s pretty fucking awesome. The beat isn’t amazing or anything, but it’s pretty good. The hook is fine. The verse is incredible to be honest. His flow is phenomenal. I kinda wish the song was longer. It’s less than three minutes long. There’s only one verse, which is stellar. I don’t really have any issues with this track at all to be honest. I’m not blown away by the production, but the rapping is top notch. This shit is dope af to me.

6. Off da Zoinkys produced by Christo

This is probably my favorite song on the entire album so far to be honest. The entire song is just one long verse from J.I.D about how he doesn’t like drugs. It kinda reminds me of J. Cole’s album, but not in a bad way. That diss to Ronald Reagan was nice. The beat is pretty soulful. I like the way this track is structured. I don’t really have much to say about it. Forget what I said about this being my favorite song. I still think it’s really good, but the more I listen to it the less impressed I am. It’s really good though. I like it a lot. It’s dope.

7. Workin’ Out produced by 2thirty5

Okay, THIS is probably my favorite song actually. It has the smoothest, most laidback beat on the whole album so far. The production is great. The first verse is pretty nice. I really love the hook. His singing sounds really good. The second verse was way better than the first one. I don’t really have anything to say about this song other than I really liked it. There’s not a single aspect of it that I dislike. The production’s great, and so are the verses. The hook sounds really good too. This is a great track. It’s dope af.

The hook from J.I.D on this song is alright. I’m not in love with it, but it’s not bad. The production from Elite & Ron Gilmore is pretty great. The first verse from J.I.D was cool. 6LACK sounded really fuckin’ good on his verse. Ella Mai sounded pretty good on the final verse too. I like this song, but I’m not as impressed by it as I was with some of the other songs on this project. The best aspect of this track is definitely the production. I love the beat. It’s a pretty dope song. It’s not one of my favorites, but I fuck with it.

The beat from Cole on this track is pretty solid. The first verse from J.I.D was cool. He killed that second verse though. The content of this song isn’t really that interesting to me. He’s just rapping about his girlfriend. The hook from BJ the Chicago Kid is nice. This is a pretty good song. I don’t really have much to say about it though. It’s got a very straightforward structure. There are just two verses and a hook. This defiinitely isn’t one of my favorite songs on the album, but I enjoyed it. This track is dope.

This was my most anticipated track from this album for obvious reasons. It definitely didn’t disappoint me. I love the laidback production. J.I.D did his thing on the first verse, and Method Man killed the second verse. He definitely had my favorite verse on the song. Joey did his thing on the last verse too. One thing I haven’t mentioned yet is the fact that this album is hosted by DJ Drama. He doesn’t contribute to every single song, but he has a pretty noticeable presence on this track. Anyway, I have no issues with this track at all. I think it’s perfect. It’s dope af.

This is definitely the worst beat on the album so far. It’s not that good. It sounds like something I’ve already heard before. It’s pretty energetic though, which I appreciate. The sung hook sounds pretty good. The first verse was really dope. He fucking spazzed on that second verse though. That’s definitely one of his best verses on the entire album. This is easily one of the best songs on the project. He fucking killed this shit. I wasn’t that impressed by the production, but J.I.D spit his motherfuckin’ ass off. This shit is dope af.

This song has one of the better beats on the album in my opinion. I’m not in love with the hook, but it’s not bad. It works. The first verse was dope. Just like with the previous track, he went the fuck off on that second verse. This is another one of the best songs on the album in my opinion. I love the production, and J.I.D rapped his ass off. I don’t really have much to say about this song. I think it’s one of the highlights from this album so far. I don’t really have any issues with it at all. This shit is dope af to me. Honestly, this might actually be my favorite song on the album. He murdered this shit.

13. Despacito Too produced by Frankie P.

I really like the hard hitting percussion on this track. Man… This song is fucking awesome. I love the way it’s structured. There’s no hook or anything. He’s just spittin’ the entire time. There are three verses. I love the way the beat kinda evolves during the interludes between each verse. The first couple of verses were good, but he absolutely snapped on that final verse. The way his flow took off was fucking awesome. Man… It’s gonna be really hard to choose a favorite song because this is another phenomenal track. This shit is dope af.

This track was actually released last year in June. This is my first time hearing it though. I really like the production, and J.I.D fucking murdered the first verse. Damn. I can already tell that this is gonna be another one of my favorite songs on the album. I actually really like the hook too. The second verse was great. I think the first verse is a little better though. This is still a really great song. I’m glad it made it onto this album because otherwise I probably never would’ve heard it. This shit is dope af.

This album is really great. It’s honestly one of the better albums I’ve heard this year. Honestly, I didn’t really expect this project to live up to the hype, but I think J.I.D really came through. There’s not a single song on this project that I dislike. The majority of these songs are fantastic. I don’t really think there are any consistent flaws with this project. There’s not a single skippable track. J.I.D rapped his ass off on every single song. The production isn’t amazing or anything, but it gets the job done. J.I.D’s stellar rapping is what makes this project so good. The features aren’t bad though. Method Man is definitely the best feature in my opinion, but none of them are bad. A$AP Ferg was definitely the most underwhelming one, but it was still pretty decent. Anyway, this shit is really dope. I fuck with this album.