This album was released on November 30th this year. Earl Sweatshirt is one of my favorite rappers ever. I Don’t Like Shit, I Don’t Go Outside was one of my top five albums from 2015, and I still listen to it all the time. However… I’m gonna be honest… I really don’t think I’m gonna like this album. I listened to the two singles he released recently, and I don’t like them at all honestly. I think this is probably gonna be the most disappointing album I’ve heard all year. Hopefully I’m wrong. Every song is self produced, except where noted.

The beat on this track is pretty solid. The hook on this song is alright. The verse was fine. Huh… I uh… I don’t know. This just isn’t really that entertaining to me. I kinda like the production, but I wasn’t really crazy about Earl’s languid delivery and flow. There’s just one verse. This is a pretty underwhelming song to be honest. I wouldn’t call it wack, but I definitely can’t really say that I like it. It’s mediocre to me.

Woooow. I just listened to this entire track. Umm… What the fuck is this shit? This might actually be the worst song I’ve ever heard from Earl. That’s not really saying much though because even Earl’s more underwhelming tracks aren’t complete trash. This song really just isn’t enjoyable for me at all though. The glitchy beat is just what sounds like a bunch of obscure soul samples spliced together, and Earl repeats the same 8 lines four times, and then it ends. I gotta give props to Earl for the experimentation. Earl’s a pretty well known artist, so for someone of his stature to release such an inaccessible track is brave. I can’t fuck with this shit at all though. I get absolutely nothing out of this song. This shit is wack to me.

This is definitely the best song so far. I kinda like the light production, and that line about “home run-ins” was pretty good. This still isn’t really something I can see myself coming back to though. It’s a super barebones track. It’s just one verse over a decent lo-fi beat. I don’t really have much to say about this. This sounds like a snippet of a longer song. It sounds incomplete. This is giving me flashbacks to XXXTENTACION’s first album. I won’t be listening to this ever again.

This was the first single released from this album, and I already know that I don’t like it. In fact, this is my least favorite song on the entire album so far. I think it’s terrible. I hate the glitchy production, and the way Earl’s rapping sounds like he was freestyling. I’m not feelin’ Earl’s flow on this track at all. His voice is buried in the mix. I can barely hear him over this loud ass beat. He doesn’t really say anything worth quoting on this song. This shit is honestly trash to me. I’m not feelin’ it at all. It’s wack.

It’s cool to see Denmark Vessey still working with Earl. I didn’t really care for Denmark’s production on the second part of his Sun Go Nova EP. This beat is actually pretty fresh though. Do people still call things fresh? I don’t usually talk like that. I don’t know why that’s the word I chose to go with. Anyway, this is easily the best song on the whole album so far. For once Earl’s voice isn’t buried in the mix, and his flow doesn’t sound lazy. It sounds like he actually put some effort into this verse. I legitimately enjoyed this song. I mean, it’s not amazing or anything. It still kinda feels incomplete since there’s only one verse, but it’s easily the best song on the album so far. This shit is dope.

6. Ontheway! featuring Standing on the Corner

I actually like the beat on this song. It’s pretty good. Earl’s flow seems a little shaky on this verse though. It’s not like he’s completely off beat though. It’s alright I guess. The verse on this song is fine. It’s not amazing or anything, but it’s sufficient. This is definitely one of the better songs on the album, but I don’t know if it’s something I wanna come back to in the future. It’s not that good to me. It’s not a bad song though. It just has zero replay value for me personally. It’s an okay song I guess. 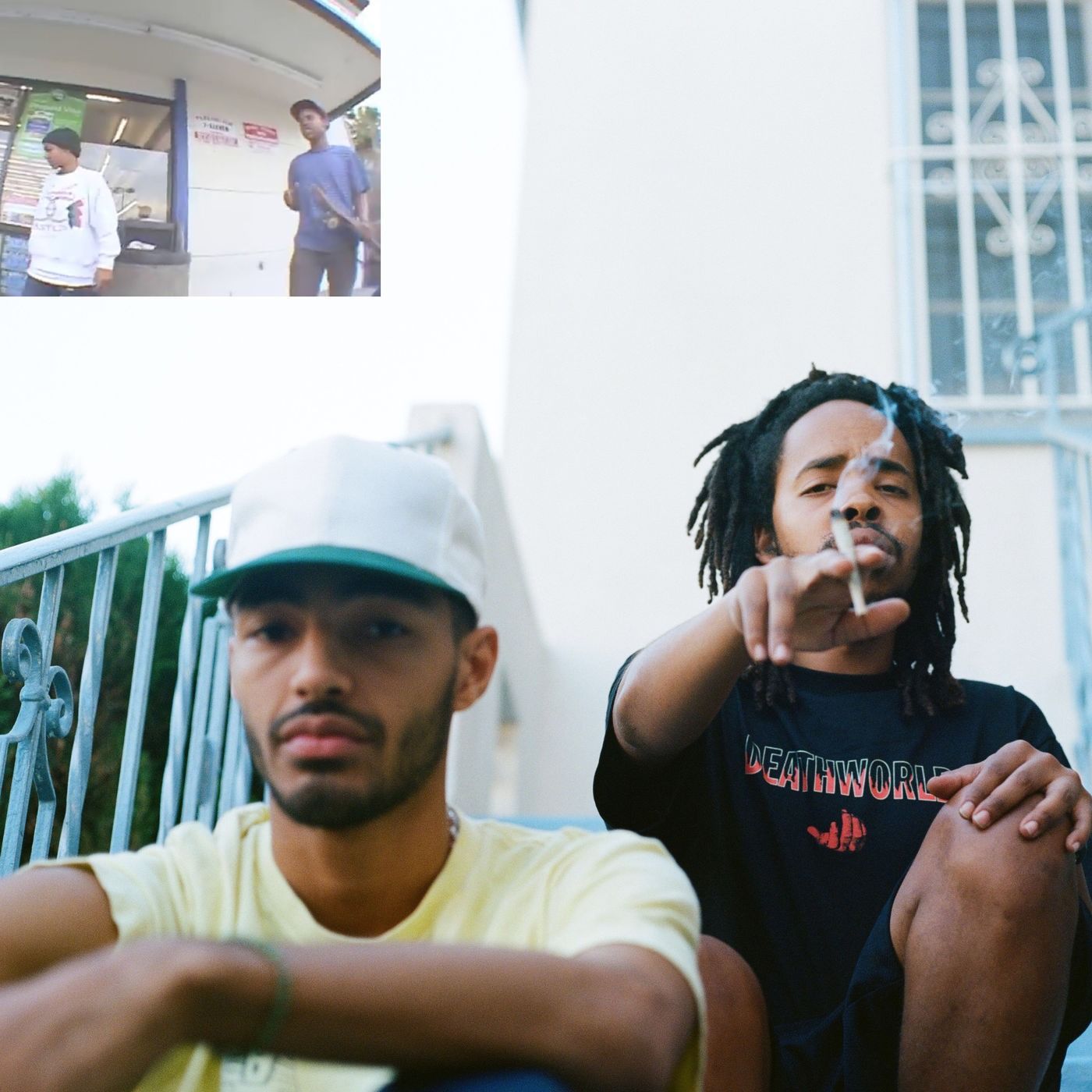 8. The Bends produced by Navy Blue

The beat on this track is alright I guess. The previous track transitions into this one really smoothly. Just like with almost every other track, this song is just one verse. It’s decent. Nothing about this track rubbed me the wrong way. I just feel indifferent to it. I can’t say I’m gonna wanna listen to this again in the future. This is average to me. The verse from Earl did nothing for me. Nothing he said stood out at all, and his flow wasn’t impressive. This is an okay song I guess.

This song easily has the worst beat on the entire album so far. This beat is a mess. This is thankfully the shortest song on the album. It’s less than a minute long. One thing I haven’t mentioned during this review is the fact that every single song is less than three minutes long. There are only two tracks that make it past two minutes in length. That’s why almost every track sounds incomplete. This track in particular is literally just 16 bars over a super rough beat. It’s actually pretty cool lyrically, but I can’t fuck with this shit sonically. It just isn’t enjoyable to listen to at all for me. I’m not feelin’ this shit. It’s wack to me.

Jesus fucking Christ. I’m sorry y’all, but this shit is fucking terrible to me. I can’t stand this beat, and Earl’s voice is still buried in the mix. This sounds fucking awful. This is the worst beat on the whole album. Even if it didn’t sound as muddy as it does, it would still be a super grating beat. The lyrics from Earl were kinda cool, but the shitty mixing on this song makes it impossible for me to enjoy his verse. This is definitely the wackest song on the album so far. This shit is wack af to me.

This is more of an interlude than an actual song. Earl doesn’t rap on this song at all. He only contributes a beat, which I can’t say I enjoyed at all. The song is just a sample of a speech delivered by Cheryl Harris—Earl’s mother—mixed with a sample of a spoken poem by Keorapetse Kgositsile—Earl’s deceased father. I really didn’t get any enjoyment out of this track at all. I don’t know if I should judge it as a normal song. I can tell you right now that I’m never gonna listen to this track again. I assume that’s the case for most people.

The beat on this track is horrible. Earl’s flow and delivery are really spaced out on this track. It sounds like he was blurting out words in his sleep and someone decided to record it. I have a hard time believing he was fully conscious while recording this song. The lyrics are about the death of his father. He sounds pretty goddamn depressed. I usually like sad music, but nothing about this is even slightly enjoyable for me. At one point in the song he says “lick the nutsack.” I’m not sure where that came from. Anyway, this song is pretty fuckin’ bad to me. I’m not feelin’ it at all. This shit is wack.

This is just an instrumental outro to the album. I actually think it’s a pretty good beat. I like it. This is one of the more tolerable tracks on the album. I probably won’t be listening to this again in the future, but I don’t think it’s bad at all. It’s easily one of the best songs on the project.

Well, just as I predicted, this is the most disappointing album I’ve heard all year. I disliked this album a lot. I’ve seen some people say that this project reminds them of MF DOOM, and I don’t really get the comparison. I guess some of the production is a little DOOM-ish, but the way Earl’s rapping is completely different to me. This project sounds like a collection of unfinished lo-fi demos. This project sounds super amateurish to me. I genuinely feel like people only care about this because it’s by Earl, but if this was by some random SoundCloud rapper they’d be calling it trash. That’s what it sounds like to me: a random SoundCloud rapper. This shit is wack to me.