This album was released on May 31st this year. I pretty much knew I wasn’t gonna like this project as soon as I saw the tracklist. Everything I had seen indicated that this wasn’t really worth taking too seriously. To be fair, I actually did like the two singles he released before the project came out, although they certainly weren’t on par with the TA1300 singles. Since this album was coming out so quickly after the release of his previous record, he obviously didn’t spend nearly as much time crafting it. It’s not a super ambitious, thematic endeavor with multiple acts. It’s just a super short tribute to Miami. It really seemed like more of a mixtape than anything. He was marketing it as a full album though. I guess that doesn’t really matter. It’s all semantics at this point. It’s a full length project. I knew I wasn’t gonna like it, but I still thought it’d be okay. I expected it to be on par with Nostalgic 64 or 32 Zel. My expectations were low, yet he somehow ended up falling short of them regardless. This is easily the worst project I’ve ever heard from Denzel Curry. I wouldn’t say it’s actually bad, but it’s a severe drop in quality from his previous work in my opinion. I did not like this album. There are a few tracks that I did enjoy quite a bit though. As I mentioned before, I did like the singles.

RICKY was the first track that he dropped, and I think it’s one of the better songs on the project for sure. The beat is really hard, and the hook is pretty catchy too. The first verse also contains one of the best flows from Denzel Curry on the whole album. I guess that’s not really saying much though because his flow was very unremarkable on almost every other track. Lyrically, the song really doesn’t interest me at all personally, and Denzel kinda loses my attention towards the end of the track. The second verse didn’t do much for me. I still think the song is very good overall though. It’s dope. I actually think SPEEDBOAT was the better of the two singles though.

I really love the melodic hook from Denzel on this track. I think it’s probably my favorite hook on the whole album. The actual beat from Rugah Rahj wasn’t really anything special, but Denzel did his thing over it. The first verse was legitimately dope. The way the dial-up internet access sound effect was incorporated was really cool. The second verse didn’t really impress me much, but it was still solid. The only aspect of this track that I don’t really care for is the transitions between the verses and the hook. That little refrain that he spits is just kind of a boring section of the song to me. I was hoping that it was just a bridge that he would only perform once, but he does it before the second and third recitals of the hook. It’s fine though. It’s definitely not enough to ruin the song for me. The track is dope. The album begins with the title track, which is another track that I actually did enjoy to some extent. 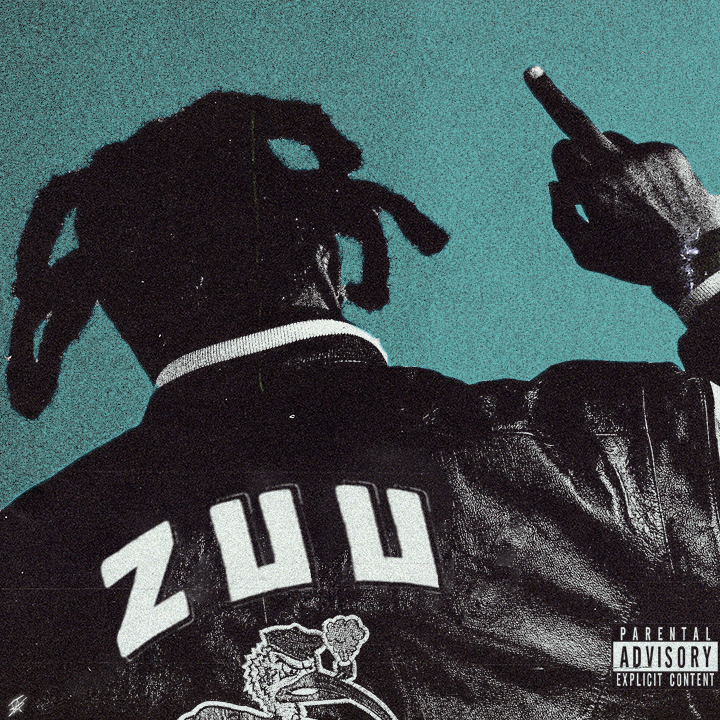 The vocals on the hook of this track really caught me off guard on my first listen. I was not expecting to hear Denzel singing like that on the hook. It sounds pretty solid though. I enjoyed it. I like the hook a lot. The beat is also really great as well. There’s only one verse on this track, and it’s really not very impressive at all, so it makes this song kind of an unfulfilling listen. His flow was boring, and none of the lines stood out for good reasons. His odd pronunciation of the name “Einstein” was kind of awkward to me. I still do like the song though. His rapping isn’t that good, but his energetic delivery over the great instrumental along with the dope hook keeps the track entertaining. It’s pretty good to me. My favorite song on the album is easily the closing track, P.A.T. The title stands for “Project & Turmoil,” and it’s apparently a tribute to Project Pat. I’ve always known of Project Pat, but I’ve never really looked into his music that deeply. I’ve only heard him on features. I’ve also of course heard the original version of International Players Anthem, which was by him. He seems like a decent rapper, but I don’t think he makes the kind of music that appeals to me. However, this track is dope af. It’s mainly because of the production from Ronny J & Finatik n’ Zac. That beat is fucking monstrous. I really loved Denzel’s bloodthirsty delivery over it as well. This is really the only track on the project that comes close to anything from TA1300 for me. I think it easily has Denzel’s best performance on the whole project. I of course have to give him credit for including an ATHF reference in the first verse. That’s always appreciated. I wasn’t crazy about the featured artist, PlayThatBoiZay. He was fine though. I could tolerate him. His verse reminded me a lot of something XXXTENTACION would have done for one of his more edgelord-friendly songs on SoundCloud, e.g. #ImSippinTeaInYoHood. It was cool though. The song is still dope af. Aside from every track I just mentioned, the only other song I enjoyed was CAROLMART. The beat on that track is actually really great, and I enjoyed the simplistic hook from Ice Billion Berg. The two verses from Denzel Curry really didn’t impress me at all personally. It’s the production that keeps me coming back to the song. The way the percussion progresses throughout the song is really cool to me. It’s a dope track. So yeah, now I guess I’ll talk about everything I didn’t like. Let me be clear, I don’t actually think these songs are bad. The only track I really hated was SHAKE 88, which probably won’t surprise anyone who’s familiar with my taste. That song is terrible. It really just doesn’t appeal to me though. Maybe if you’re the type of person who likes to shake your stankin’ ass at the club every weekend you’ll like it. That’s not me though. I hated the beat, the hook, the content… There’s not a single aspect of the song that I enjoyed. It just does not appeal to me at all. It sounds like it was specifically made to be played at strip clubs. So yeah, it’s not my style at all. That shit is wack. However, aside from that one, I don’t think any of the songs are flat out bad. Most of them have at least some positive characteristics. WISH was very mediocre to me. I really disliked the beat because it sounded like one of those outdated Pop Rap songs that 2Pac would’ve made “for the ladies” in the early 90s. The sung hook also kinda sucked to me, and I found Denzel’s writing to be incredibly lazy.

Put her on the team ’cause we both makin’ dollars
Hit her with the stroke, get her wet like aqua

If “get her wet like aqua” isn’t a lazy simile, then I don’t know what lazy is. I also wasn’t too pleased to hear those “#LongLiveJah” bars from Denzel, but I guess it makes sense since they’re both from Florida. Kiddo Marv‘s verse did pretty much nothing for me, but it wasn’t particularly bad. It just didn’t stand out to me at all. I actually think that the production gets a little better once the bass comes in during the first verse by the way. BIRDZ had kind of a cool beat I guess. It reminded me of a more accessible Trap-oriented version of Kanye West’s Send It Up. Maybe I’d like the beat more outside of the context of this album. However, there’s pretty much zero variation in terms of the production style on this project, so I was starting to get bored of all this heavy bass by the time I got to this track. I kinda liked the hook, but Denzel’s verse was super unimpressive to me. Rick Ross somehow had a better verse than Denzel Curry, which is crazy to think about. I mean, the verse wasn’t that good, but still. I did appreciate that EPMD reference. That was tight. It’s an okay song, but it has zero replay value for me. Same goes for AUTOMATIC. The production from Tay Keith was kinda cool I guess, but the song just got old very quickly. Denzel did nothing to maintain my attention, and I was legitimately bored listening to that song. It’s just another generic modern day Trap song. It’s not a trash song. It’s just super uninteresting. The “BUSHY B INTERLUDE” is just a very short track in which Denzel Curry basically tries to do what Bryson Tiller & Post Malone do. I hate both of those artists’ music, so listening to Denzel Curry do a poor job of copying that style wasn’t particularly thrilling. The beat itself was decent. The song is just generic as hell to me. YOO is an incredibly pointless and unfunny skit in which some dude named Plus Pierre records a phone call with some other guy, and… Well… It doesn’t matter. It’s a completely pointless track, and I got absolutely no enjoyment out of it. It was a waste of time. I guess it was a failed attempt at humor. The only other track that I haven’t mentioned is yet another pointless skit called BLACKLAND 66.6. I feel like that skit’s existence is a bit more justified though. It was about as unenjoyable as the aforementioned skit, but at least it fit in with the rest of the album thematically. I would’ve preferred if it wasn’t on the album, but I get why it was included, and I’m not gonna pretend that it completely ruined my experience with the project.

Overall, I thought this was an incredibly underwhelming and mediocre project. It really just ended up being exactly what I was expecting it to be, but somewhat worse. I thought I would enjoy it a lot more than I actually did. I knew I wasn’t gonna like this though. It’s really just one of those projects that’s not for me. You know what this reminds me of? This is gonna piss his fans off, but I really feel like this is Denzel Curry’s version of Logic’s Bobby Tarantino mixtape. It’s just a collection of generic Trap songs with zero substance. A few people have told me that I should “like it for what it is,” which is really fucking stupid to me. I don’t like what it is. Did he do a good job at making generic Trap songs? Sure. I don’t like generic Trap songs though, so this isn’t for me. It’s not a complete dud though. I don’t think it’s bad. Again, I like a decent handful of the tracks on here. I just didn’t love them as much as I hoped I would. This thing is mediocre to me.