Album Review | Kirk Knight – It Is What It Is

This album was released on November 16th last year. I don’t really have anything to say about this album before listening to it. I’m not really sure how I’m gonna feel about it. I liked his debut album a lot, so hopefully this is just as good. That instrumental album he dropped in 2017 was pretty nice too. Kirk Knight is a good artist, but he doesn’t really stand out that much from the rest of the Pro Era members. I’m not expecting to be blown away by anything on this album. This album really came and went as far as I can tell. I haven’t seen anybody talking about it. Hopefully it’s an improvement over Late Knight Special. Every song is self produced, except where noted.

1. Intro co-produced by Erick the Architect

Okay, the instrumental on this track sounds REALLY fuckin’ good. The entire track is just a bunch of people saying “it is what it is.” This isn’t really something I’d ever listen to again, but the production sounds really great.

The beat on this track is cool. It has a slight Trap influence. Kirk has kind of a melodic delivery on the first verse. I’m not really sure how I feel about it to be honest. I don’t think I’d call it a bad verse, but I definitely don’t really think that it’s that good. The hook is pretty underwhelming too. The second verse was definitely better than the first one. I still don’t think it’s good enough to make this song worth returning to though. This is an alright track. The production’s pretty nice, but that’s pretty much it as far as positives go. It’s not a bad song. I just don’t think it’s that good.

Hmm… It seems like Kirk Knight’s trying to go for a more Trap inspired sound with this album. I mean, Late Knight Special didn’t really have that vintage sound that a lot of other Pro Era music has, but it didn’t sound as trendy as this. The hook on this track is really simplistic. I don’t really like it. The production on this track isn’t bad though. Man… This song kinda sucks. There are two short verses, and they’re REALLY weak. This is not what I expect from Pro Era artists. This shit sounds like a really poor attempt at emulating the mainstream sound. I like the production, but everything else about this song sucks to me. I’m not feelin’ it.

I actually kinda like this song. The first verse isn’t anything special, but he sounded pretty good delivering it. The production is dope, and I don’t mind the melodic hook. It still sounds like him trying to make mainstream sounding music, but I actually think he kinda pulled it off with this track. His flow on the second verse was nice. The hook gets old pretty quickly, and I could’ve done without the long spoken intro from Lil Wayne. This is easily the best song on the whole album so far though. This shit is dope.

I really like the production on this track. The hook on this track kinda sucks though. It’s really repetitive. The beat gets pretty old after a while too. Meh… Neither of the verses really did anything for me. I just didn’t really care about anything he had to say. This is honestly just a really boring song. I kinda liked the beat at first, but it’s way too repetitive to hold my interest. I’m never gonna listen to this track again. I didn’t really like any aspect of it to be honest. The hook sucks, and the verses are underwhelming. This shit is wack to me.

The production on this track is kinda cool. This song is really weird though. Kirk Knight’s singing throughout the entire track, and it doesn’t sound very good. There’s not really a verse. He doesn’t rap on this song at all. This might actually be my least favorite song on the whole album so far. It just feels like a huge waste of time. It thankfully ends before reaching two minutes in length. I’m not really sure what the deal is with the lyrics. There are a couple of lines about needles and withdrawals, but they don’t seem to have anything to do with the rest of the song. This track is a mess. I’m not feelin’ it at all. This shit is wack.

The production on this song is really fuckin’ dope. The beats on this album have been nice, but Kirk Knight just isn’t really performing that well over them. He’s not bad on this track though. I don’t mind the sung hook, and I actually really like his delivery on the first verse. It’s nothing special lyrically, but it sounds pretty good. The second verse was a lot better. It’s much longer, and his flow is more impressive. It’s still not that great lyrically, but it’s not bad at all. I actually like this song. The production’s great, and the verses were actually enjoyable for me. This is dope.

I’ve listened to the first minute of this song, and I don’t really have much to say about it. It sounds really messy, much like that Tom Clancy song. The production’s kinda cool, but other than that this shit isn’t doin’ anything for me. The melodic hook isn’t that good. Lucille Gotti just provides some background vocals. The sung verse from Kirk Knight didn’t do anything for me. I guess this is a decent song sonically. It’s just kind of boring to be honest. Nothing about it really stands out in a good way. The production was kinda cool, but other than that it’s not that good. It’s not one of the worst songs on the album though. It’s decent.

I really like the production on this track. The hook isn’t that good to me though. I really could’ve done without the autotuned background vocals. His flow on the first verse was actually pretty nice. I liked his aggressive delivery. Oh… There’s no second verse. He just has a short bridge and then repeats a few lines for the outro. I think this could’ve been one of the better songs on the album. I liked the beat a lot, and the first verse was nice. The repetitive hook didn’t really do it for me though, and I’m not really feelin’ the way the song ends. This definitely isn’t one of the worst songs on the album, but I don’t see myself returning to it. It’s a decent track though I guess. 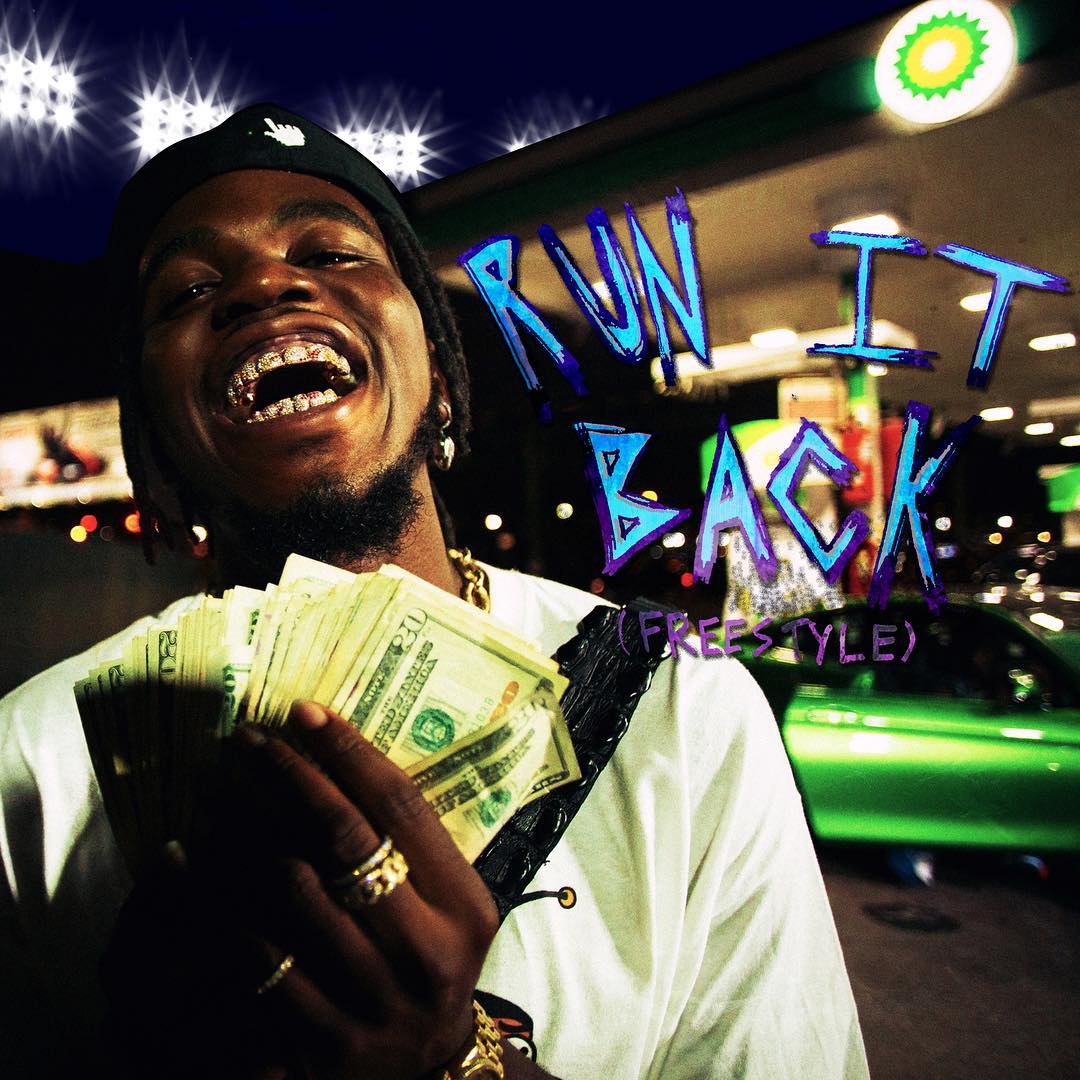 The production on this track is kinda cool. Kirk’s flow on the first verse is fucking great. This song definitely features the best rapping on the entire album so far. Nothing he’s saying is that great, but it’s not particularly bad lyrically. That Tekken reference in the second verse was pretty cool.

I’m fighting this gin off, you thought it was Tekken.

I don’t mind the repetitive hook on this track. This is definitely the best song on the album so far honestly. It’s got a pretty simplistic structure, but I think it’s really well executed. He sounds great on this track. His flow is really good. This shit is dope.

The slow paced, heavy production on this song is pretty nice. Kirk’s melodic verse at the beginning of the song is decent. This song kind of reminds me of One Knight from his first album. It’s got a similar sound. I kinda like the sung hook. It sounds pretty good. The verses aren’t really that good to me though… There’s one point in the second verse where he talks about how he has nothing on but socks. That’s definitely my favorite part. Hmmm… I don’t know, man… I like the hook, and the production’s pretty good. I just don’t know how often I’ll be coming back to this. I definitely think it’s one of the better songs on the album. It just doesn’t have much replay value for me personally. It’s an okay track though. Definitely not bad.

12. Not for Nothing co-produced by Krinny

The beat on this track is alright. It’s definitely one of the most underwhelming beats on the album. It’s not bad though. I just finished listening to the song. This is a super underwhelming way to end the album to be honest. Absolutely nothing about this song stands out in any way. I barely remember what this song sounds like, and I JUST finished listening to it. I’m never gonna listen to this song again. It’s not wack, but it’s far from good. This shit is mediocre to me.

This album is mediocre. It’s a concerning drop in quality compared to his previous album. There are only three songs on this entire project that I enjoyed. The second half of the album is definitely far more tolerable than the first half, but it’s still not that great. The production’s pretty solid for the most part. I don’t really have an issue with the beats. I just didn’t really care for a lot of the songs on this project. A lot of the hooks are pretty crappy, and I wasn’t really that impressed by Kirk’s rapping on most of these songs. The album isn’t complete trash. I don’t regret checking it out. I see why nobody’s really talking about it though. It’s not good.