This album was released on May 15th in 2012. This is widely accepted as Killer Mike’s best album, and the closest thing he has to a classic solo record. Every single track is produced by El-P. Just one week after this album came out, El-P released his amazing Cancer 4 Cure album, so if that’s anything to go off of, this’ll probably be another stellar project. I’ll be shocked if I don’t love this record honestly. I don’t think there’s anyone who doesn’t think it’s his best album, and I’ve liked a few of his other projects, so this is gonna be great.

Okay, this is quite possibly the best possible manner in which Killer Mike could’ve started this album. The production from El-P is super hard hitting, and Mike’s delivery on the first verse is aggressive as hell. I never thought I’d hear Trouble over a beat from El-P, but alas he’s rapping on the hook. The hook itself is slightly melodic. It’s dope though. Bun B’s verse was nice, although he definitely had my least favorite contribution to the song. T.I. killed that third verse. I love how Mike came back at the end and went the fuck in on the final verse. The music video for this track was kinda stupid, but in a funny way. This song is fantastic. I have no problems with it. It’s dope af.

The production on this track is really good, and the first verse from Mike is great. He actually had something interesting to say. The hook from Scar is really fantastic. I’ve always thought she was a pretty good vocalist. I loved her work on Morris Brown even though that song didn’t actually end up being that great. Mike murdered that last verse. That’s probably my favorite verse on the whole album so far.

This is not a fiction that is sold by conglomerates
This is Soul of Black Folks mixed with Donald Goines shit
Better said, Robert Beck, esoteric I could get
This is John Gotti painting pictures like Dali
This is Basquiat with a passion like Pac
In a body like Biggie, telling stories like Ricky
If a rapper was to spar, please tell him better kick it

I like how Mike kinda let the beat breathe for a while before spitting the outro, which was also really good. I think this is another fantastic track. It’s dope af.

This is definitely one of my favorite tracks on the project. It’s the shortest song on the album, but it’s really fast paced; it doesn’t even feel like a short track to me honestly. Mike’s flow on this track is absolutely stellar, and I love the beat. The scratches between the first and second verse are fucking awesome. He killed both of the verses too. I don’t have any issues with this song at all. I think it’s amazing. The production, verses, and scratches are all top notch. This shit is dope af.

This song probably has the catchiest beat on the album so far. It’s more melodic than any of the other instrumentals up to this point. Mike’s flow on the first verse is exceptional. This might actually be my favorite song on the album so far. He’s singing the hook, but it doesn’t even sound like him. It sounds smooth as hell. He sounds like a damn pimp singing that shit. It reminds me of Outkast. The second verse was nice. The final verse was great too. This is another amazing song. I’m surprised by how good this ended up being. I wouldn’t have expected Killer Mike to be a half decent singer, but I like the way he sounded on the hook. This shit is dope af.

God fucking damn. This beat is amazing. This is my favorite beat on the album so far. This is also one of the more interesting songs lyrically. It’s a story about some dumb guy named JoJo who’s trying to escape Atlanta so the feds don’t get him. From the moment Mike started rapping the story had me hooked. I love how the hook is virtually nonexistent. It’s just Mike saying “JoJo’s chillin’.” The story itself honestly didn’t end up being that interesting by the time the song was over. It didn’t go where I thought it was gonna go. It’s still a really entertaining song. I love the production, and Mike did a great job telling the story. This is yet another fantastic song. It’s dope. 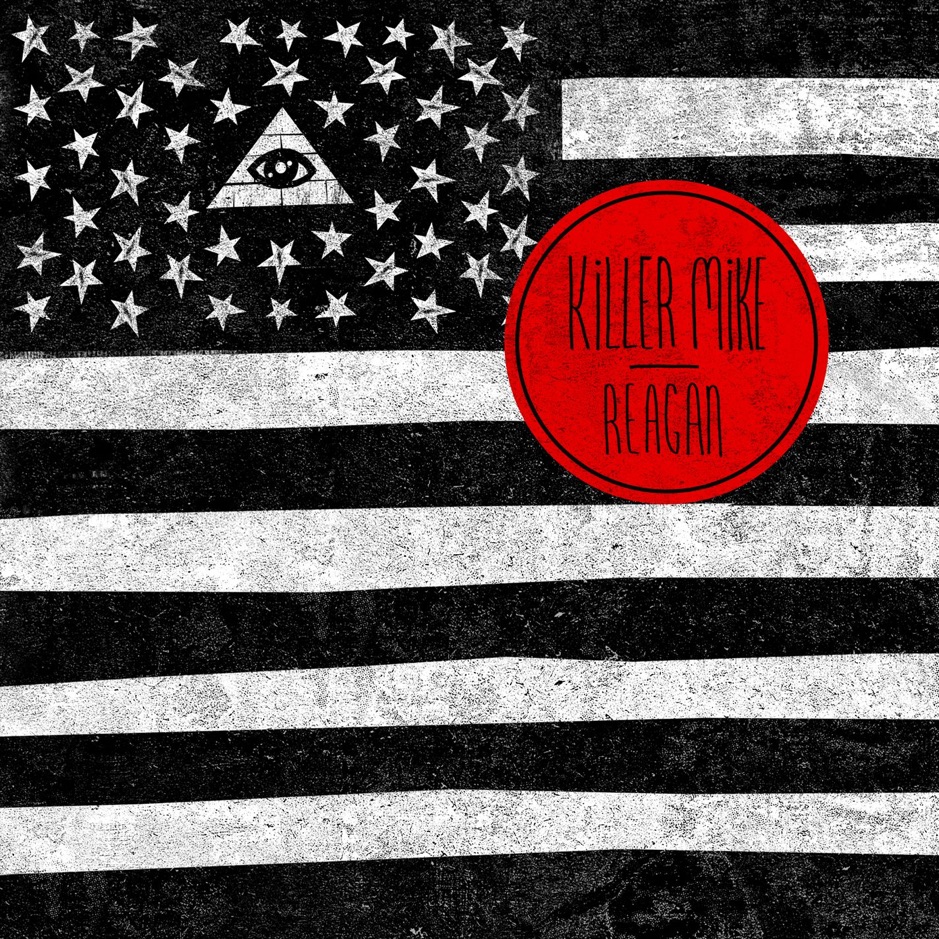 I’m pretty sure this is the most popular song from the album, and it’s one of, if not THE most popular song Mike has ever done. I love how smoothly the previous track transitions into this one. The dark production on this track is absolutely amazing. The first verse from Mike is all about the oppression that popular black figures are committing against the communities they came from. That verse is pretty good, but shit really gets going on the second verse.

The end of the Reagan Era, I’m like ‘leven, twelve, or
Old enough to understand the shit’ll change forever
They declared the war on drugs like a war on terror
But what it really did was let the police terrorize whoever
But mostly black boys, but they would call us “niggers”
And lay us on our belly, while they fingers on they triggers

That verse was fucking amazing. I love how the production evolves during this part of the song. The way he ended the verse was so fucking awesome too. This is easily the best song so far, and it honestly might be the best song Killer Mike has ever recorded. I have no issues with this track at all. I fucking love this shit. It’s amazing. Same goes for the music video.

This song has another amazing beat. Honestly, THIS is my favorite instrumental on the project so far. It’s incredible. The first verse from Mike about being harassed by crooked police is exceptional. The inclusion of that Dick Gregory audio clip at the beginning of the song was a nice touch too. This is definitely a modern day N.W.A. song. In the second verse the altercation escalated to the point where he ended up shooting a police officer. He killed that final verse. Goddamn. It’s gonna be hard as hell to choose a favorite song.

This is another phenomenal track that I have no issues with. I adore the beat from El-P, and I love the subject matter. This song is amazing.

The production on this track is dope. The first verse is pretty great. This song definitely has one of the weakest hooks on the album so far, but it’s not bad. I mean… I guess it does kinda suck if I’m being honest. It’s not bad enough to ruin the song though. The second verse is dope. The final verse was cool too. This is definitely the most underwhelming song on the album, especially when you compare it to the other material on the project. The song itself is still really good though. I think the hook could’ve been better, but I enjoyed this track. It’s dope.

I love the beat on this track. The first verse from Killer Mike is great. The hook is nothing special, but it works. Mike fucking murdered that second verse. The way he ended it was so fucking awesome. That shit he said about nobody being as ill as him unless Eazy-E came back and rapped a verse that was ghostwritten by Killer Mike, T.I. & Ice Cube over an El-P beat was fucking crazy. El-P went the fuck off on that final verse too. This shit is fire. The hook maybe could’ve been better, but it’s not bad at all. I love this track. It’s dope af.

The production on this track is really great. The first verse from Mike is dope. I’m not crazy about the hook from Emily Panic, but it’s not that bad. The two verses on this song are about how black people are oppressed in the cities of New York & Atlanta respectively. I enjoyed this track, but it’s definitely not one of my favorites on the album. I don’t think anything about it is particularly bad. It just didn’t blow me away like almost every other track on this album so far. I fuck with it though. It’s dope.

This song definitely has one of the best beats on the album. It’s fantastic. This is the most autobiographical song on the album so far. Actually, now that I think about it, this is probably the most autobiographical song I’ve ever heard from Killer Mike. He doesn’t usually go into his personal history like this. I loved the Lord of the Flies references in the first verse. The hook is actually really good too. The lines dedicated to his grandfather, who the song is named after were really nice. It’s kind of an emotional track. It’s really good. This is another phenomenal song. It’s dope af.

I love the electronic production on this track. The first verse was great. Man… This is REALLY fuckin’ good. It’s gonna be super difficult to choose a favorite song. The production on this track is immaculate. I actually really like the hook too. It kinda reminds me of Why I Love You by The Throne, mainly due to the background vocals. The second verse was dope, even though he wasn’t really saying anything that important. The song itself is exactly what the title implies. It’s a song about Hip Hop & Killer Mike’s relationship with the genre. The final verse was great. This is pretty much the perfect way to end the album. I love this shit. It’s dope af.

This album is incredible. There’s not a single track on this album that I didn’t like. I thought almost every track was amazing. The production from El-P is absolutely spectacular, and this is the most focused Killer Mike album that’s ever been released. This project is all killer and no filler. It’s the perfect length. I don’t think there’s a single consistent flaw with this project. In most of the songs themselves I struggled to find a flaw. I loved the political themes and aggressive verses from Mike. I don’t think he could’ve chosen a better title for this album. This is a great representation of the genre. This album is without question dope af.