This EP was released on February 22nd this year. The only project I’ve ever listened to from Alex Wiley is Village Party II, which came out in 2015. I didn’t love that record, but it has a few songs that I really like. My biggest criticism of that record was the fact that Alex Wiley seemed to do the bare minimum on a lot of the tracks. Most of the songs only had one verse from him. In fact, some of them didn’t even have ANY verses from him. Part of me wants to believe that this project will be different since there aren’t that many features, but at the same time most of these songs are under three minutes long, so I might have similar issues with it. According to Genius, the entire project is produced by someone named CRSN. From what I’ve heard Alex Wiley has a pretty good ear for beats, so this should be good sonically.

There’s not really much to say about this track. It’s just a simplistic instrumental with some light vocals in the background. It transitions really smoothly into the following song. I’m not sure why it was separated as its own track though. I would’ve preferred if he left it as the beginning of the next song.

Oh lord. The production on this track is REALLY fuckin’ good. The melodic hook sounds pretty great. There’s only one verse on this track, but I like it a lot. It’s not anything special lyrically, but his flow and delivery sound really good. I never heard the first Quest song that appeared on the original Tangerine Dream project, but I like this one a lot. The production is great, and the hook is catchy. This song is really great sonically. It’s really smooth. I fuck with this track. It’s dope.

3. Back to the Coast

The previous track segues into this one really nicely. Man, the production on this project is so great. This instrumental in particular is kind of like a chill Electronic beat. Alex Wiley’s vocals on this track sound really smooth. This would be a really good song to smoke weed to. I guess the same thing could be said about the previous track. There’s only one verse on this song. His voice is kinda buried under the loud production, so it’s hard to make out a lot of what he’s saying. Just like with the previous track, this song is more enjoyable sonically than lyrically. Alex Wiley has never really been the kind of rapper that’s looking to amaze you with bars though. His music is more about setting a mood. I enjoyed this track a lot. It’s dope.

Fuck, man. The production on this project is so fucking nice. Alex Wiley’s singing on the hook is pretty nice on this track. There’s only one verse on this song, but it’s actually pretty fuckin’ dope. That’s definitely the best verse on the whole project so far. This is the shortest song on the project if you don’t count the intro, interlude, and outro. It definitely feels short, but it doesn’t feel incomplete. This is another really enjoyable track. I don’t really have any issues with it. It’s dope.

This is the lead single from this project. Just like every other track so far, it’s got a super chill beat with a really nice sung hook. There’s really only one verse on this track, and it’s only like 12 bars. Again, it’s not really anything special lyrically. This song is really enjoyable sonically though. I’ve been avoiding the use of a four letter word that starts with the letter V. If you listen to Alex Wiley you probably know what it is. I hate when people use that word. It makes me cringe for some reason. People use it when discussing artists like Travis Scott or Lil Uzi Vert. In those cases is pretty much means that the primary artist isn’t really doing anything that impressive, but the production’s good. I wouldn’t say that’s the case with Alex Wiley because he definitely adds to the quality of the song. It’s more about what he’s doing vocally than what he’s actually saying though. Anyway, I really like this track. It’s dope.

This track feels pretty unnecessary to be honest. It’s just the strings from the previous instrumental with what sounds like the audio of a subway system in the background. There’s not really any reason to discuss this track.

This is definitely my least favorite track on the project so far. I don’t think it’s bad, but nothing about it really stands out in a good way. There’s only one verse, and it’s kinda cool, but it’s not good enough to make the song worth returning to for me. The hook from Alex Wiley isn’t really that good to me. The production is easily the best aspect of the song in my opinion, but I don’t like it as much as all the other beats on this project so far. Again, I wouldn’t call this “wack.” I just don’t think it’s that good. It’s decent though.

The production on this track is dope af. The hook from Alex Wiley is kinda cool. I like it, but it’s not amazing or anything. Just like with pretty much every other track, there’s only one actual verse on the song. It’s decent. There’s not really much to break down here since the song is so short. I enjoyed it, but it’s far from my favorite track on the project. It’s a cool song though. I fuck with it. It’s dope.

9. All in the Way featuring Calez

The production on this track is fantastic, and I really love the hook from Alex Wiley. The first verse from him was pretty good too. Again, he’s not saying anything that interesting, but his flow is dope. Calez’s verse was fine. He has a much more traditional style than Alex Wiley. I definitely preferred Alex’s verse, but he did a decent job too. I think this is one of the better songs on the project honestly. The hook is really great, and the production’s dope as hell too. I fuck with this track. It’s dope.

The production on this track is really nice. I’m not crazy about the hook though. It’s not particularly bad. It just doesn’t really stand out that much to me. Just like with nearly every other song on the project, there’s only one verse. It’s nothing special. He doesn’t really say anything that interesting. This is an alright track. I like the beat, but that’s pretty much the only positive thing I can say. Nothing else about the song is actually bad though. I think the hook and the verse are fine. They just don’t really stand out to me that much. This is an alright track. I’m pretty indifferent towards it.

Pretty much everything I said about the interlude can be said about this track too. There’s no reason to discuss this. 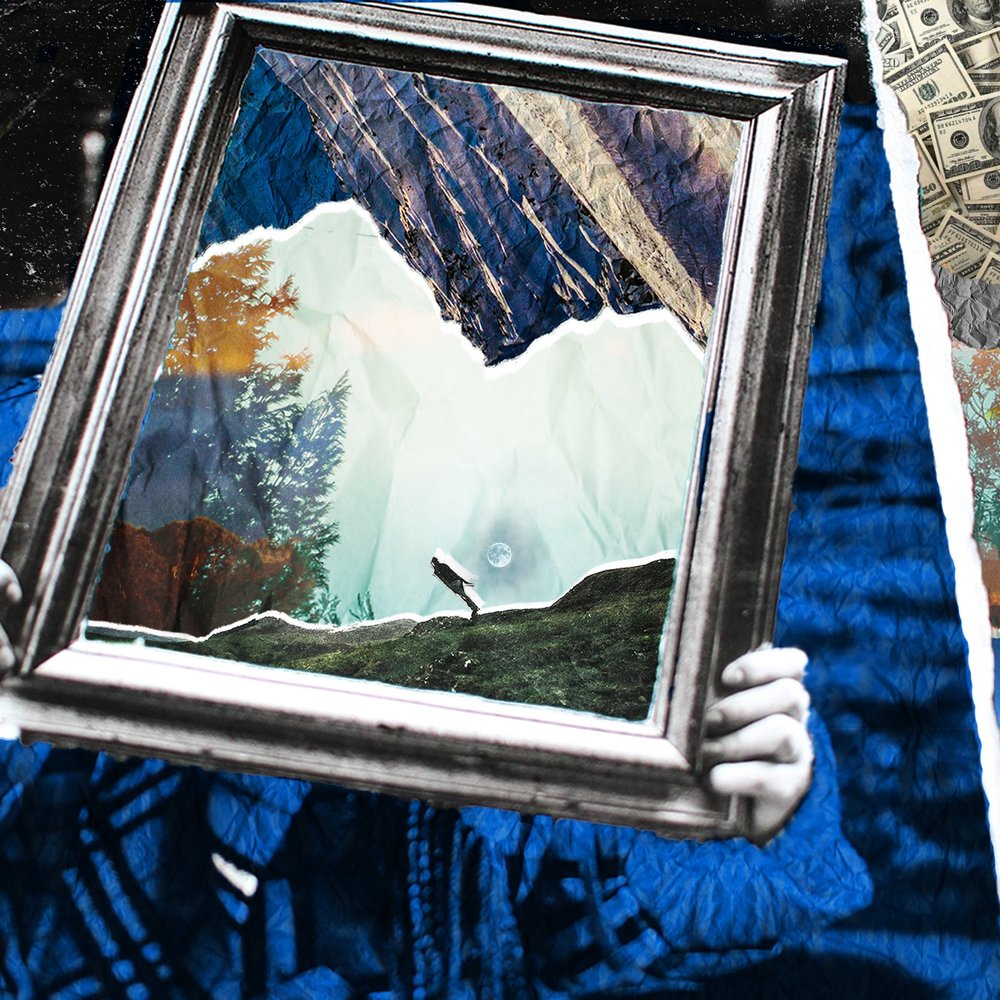 I guess this song should be looked at as a bonus track since it comes after the outro. It was also released as a single early last year. This is my first time hearing it though. The production is phenomenal. It has the same melody as the beat from Get Paid by Joey Bada$$. It’s a bit slower and moodier here though. The hook from Hippie Sabotage is pretty nice. There’s only one verse on this track, and it’s literally 8 bars. I guess that’s to be expected from Alex Wiley. I enjoyed this song. It didn’t blow me away or anything, but I like it. The beat’s great, and the hook’s nice. Alex Wiley’s flow on the short verse was cool too. I fuck with this track. It’s dope.

This is a good EP. The best thing about it is easily the production. It’s not like Alex Wiley didn’t add anything to the beats though. He has a knack for great hooks. I think he has a pretty good flow too. The only issue is that he doesn’t actually rap that much. Almost every song on this project only had one verse, and they’re usually pretty short. I love the chill atmosphere of this EP. It’s got a super laidback, relaxing sound. I definitely prefer this project over Village Party II. In my opinion that project had higher highs, but this one is more consistent. By now it seems pretty clear that Alex Wiley is never gonna make songs with three verses. We’ll be lucky if we get two verses out of him on one song. That’s fine I guess. Again, he’s not a super lyrical MC in the first place, so an additional verse probably wouldn’t add that much to each song honestly. He kinda reminds me of Mac Miller just because of how chill his music is. I think he’s miles ahead of Mac Miller though. His voice is way better, and he has a better flow. I wouldn’t have been surprised to see them work together though. Anyway, I enjoyed this project. None of the songs were particularly bad. This EP is dope to me.