This album was released on March 11th this year. It was originally supposed to drop on the 8th, but it got pushed back due to some “technical difficulties that was outta our control.” My introduction to TreaZon was his interlude on my favorite mixtape of all time, Searching Sylvan by QuESt, who is now known as Sylvan LaCue. He’s actually worked with Sylvan a lot sense then. He even went on tour with him for the Apologies in Advance tour. I unfortunately haven’t really kept up with TreaZon at all since hearing his track on Searching Sylvan, despite being really impressed by his performance. I know he dropped a project in 2016 that I never checked out. I should probably go back and listen to that after this review. Anyway, I’m not really sure who handled the beats on this project. I don’t think TreaZon released the production credits. If anyone has them please send them to me. My Twitter DMs should be open. Anyway, I’m expecting this to be dope.

Okay, I really fuck with this bass heavy production, and TreaZon’s killin’ it. This is exactly what I wanted. He has that same aggressive flow that he had on Searching Sylvan. The hook’s pretty straightforward. He sounds hungry as fuck on this shit. It reminds me a lot of the harder tracks on Searching Sylvan like Automatic & Hunger. I know I haven’t really said much about the song, but that’s mainly because I don’t have any issues with it. TreaZon’s just rapping super aggressively over a hard hitting beat. He slaughtered this shit. The skit at the end was kind of interesting. I guess those firehead motherfuckers on the cover are actually characters on this project. This should be interesting. Anyway, this song was pretty much a perfect way to open up the album. It’s exactly what I wanted. This shit is dope af.

The production on this track is really nice. It sounds like it samples January 28th by J. Cole. I might be wrong about that though. It just has a similar melody to me. Honestly, I really love this beat. I like it even more than that of the previous song. TreaZon’s singing on the hook, which I really wasn’t expecting. It’s not bad though. It’s sufficient. He’s not gonna blow anyone away with his singing voice, but it gets the job done. I really wish I knew who made this beat because it’s so fucking good. TreaZon has such a good delivery and voice for Rap. He sounds aggressive as hell on every verse. This isn’t really a super aggressive beat, but it doesn’t sound like he’s overpowering it at all. He sounds great. The first verse was really good. Man, I’m so glad I decided to listen to more of this dude’s shit because this album is awesome so far. The more I listen to this song the less confident I am about that January 28th comparison I made. It probably doesn’t sample that track. Anyway, this is another phenomenal song. Both of the verses are really good, and I love the production. I might even like this more than the previous track. This shit is dope af.

Fuuuck… I KNOW this sample… I can’t for the life of me remember what song it’s from though. Goddamn. This is gonna be bugging me forever until I figure out what it is. Smh… Anyway, this song is hard as hell. It’s got a really bass heavy beat just like the first track. TreaZon’s fucking spazzing over it too. I can’t really tell if he’s rapping about actually fighting people or killing them with his bars. The hook is sufficient. I’m not in love with it, but it gets the job done. I thought the first verse was dope, but GODDAMN he went way harder in that second verse. His flow was great, and he sounded super aggressive. The hook is definitely the weakest aspect of this song, but it’s not bad. This song is dope af. That second verse was absolutely stellar.

I’m pretty sure this is the lead single for this album. The production is really great. Man, it really boggles my mind how some of the richest rappers with huge budgets have such underwhelming production compared to more obscure artists like this. This beat is smooth as hell. The sung hook on this track isn’t bad. TreaZon has such a great flow. He just sounds so good whenever he’s rapping. The first verse is great. The hook is growing on me. I didn’t mind it the first time I heard it, but I like it a lot more now. Shit. Dude’s flow on the second verse is fantastic. Man, this shit is REALLY fuckin’ good. This was a really great choice for a single. I don’t have any issues with this song at all. I love it. This shit is dope af.

I think I heard a producer tag at the beginning of this track, but I don’t know who it belongs to. The beat’s pretty cool. It’s not amazing or anything, but it’s good. TreaZon’s singing on the hook. It’s okay. It’s definitely not bad. He’s also singing the first verse. This is definitely my least favorite track so far. It’s still good though. I’d just rather hear him rap normally. He raps on the second verse. It’s really good. I fuck with this song. It’s still my least favorite track so far, but nothing about it is bad. I’m not in love with the singing, but I definitely enjoyed it to some extent. The production’s cool, and the second verse where he’s actually rapping is great. This is a dope song. 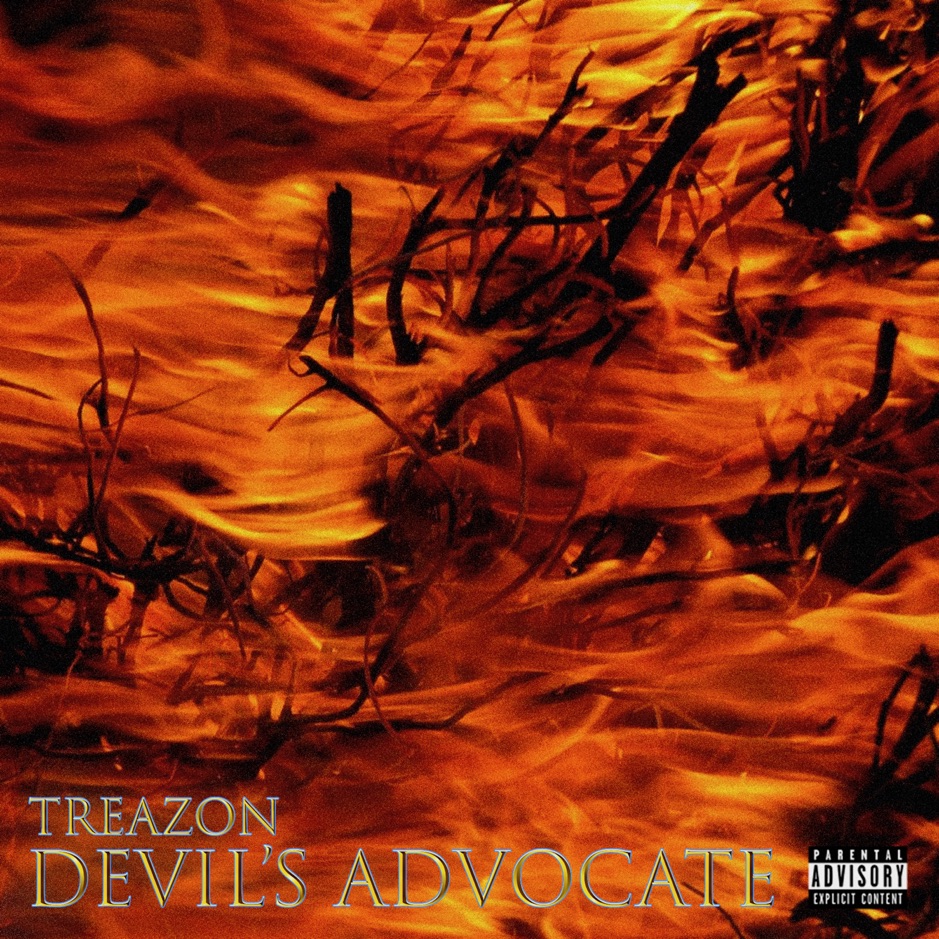 This was the second single from the album, released late last year. The beat’s pretty cool, and the first verse is really good. The hook is okay. I’m not crazy about it. It works though. The second verse was great. The song just ended. Huh. I don’t really have anything to say about this one. It’s just two good verses & a decent hook over a solid beat. I like it more than the previous track, but it’s not as amazing as the other shit on this album so far. It’s still pretty good though. I fuck with this shit. It’s dope. 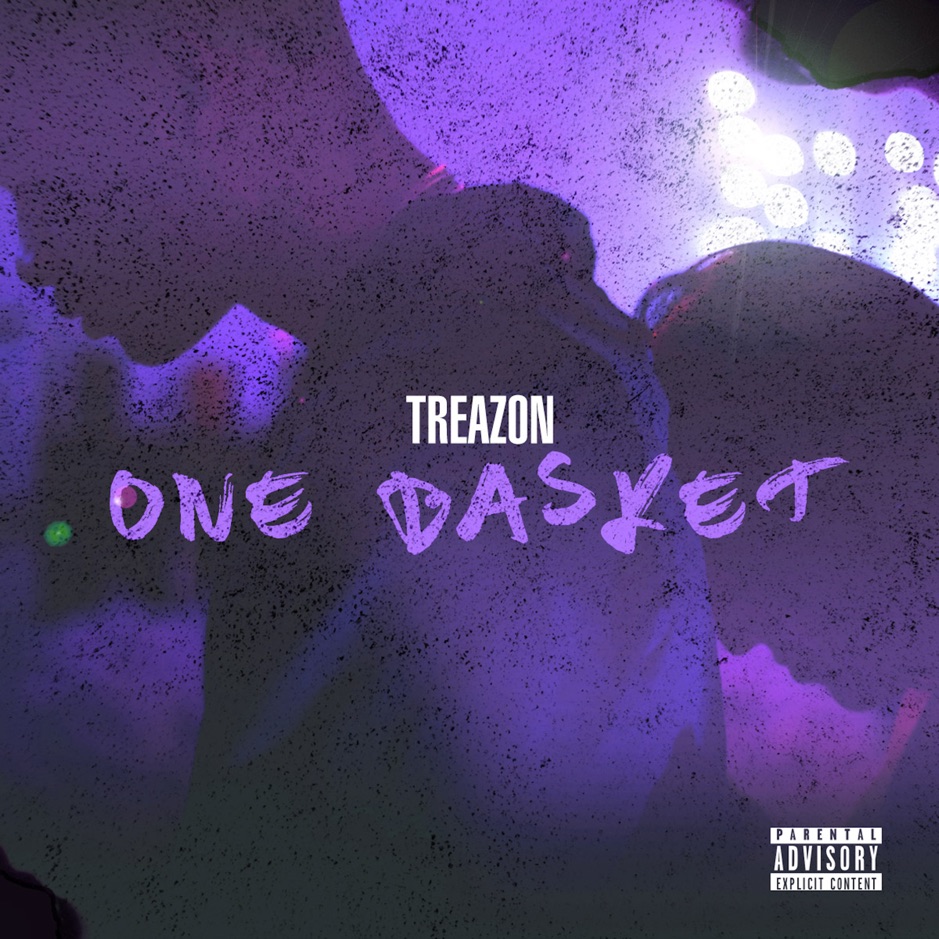 This was the final single released before the album came out. It definitely has the best artwork out of all the singles in my opinion. The production on this track is pretty dope. I could see The Underachievers spitting over this. The sung hook isn’t bad. The first verse is pretty nice. Ah shit. The beat switches up about halfway through the song. I definitely like this beat more than the first one. They’re both really good though. The second verse on this song is dope. I like this song a lot. Nothing about it is super amazing, but at the same time I don’t dislike anything about it. It’s not my least favorite track on the project, but just like with the previous one it doesn’t blow me away. I definitely enjoyed it though. It’s a dope song.

This is the longest song on the album. The production is amazing. The first verse was really great. At first it seemed like the singing on the hook was a little off key, but after listening to it longer I think it’s probably my favorite hook on the album so far. I mean, none of the hooks on this project have been that great to be honest, but I actually like this one a lot. This song has another beat switch about halfway through the track. Man… The production is phenomenal. Oooh shit… TreaZon’s killin’ this shit. That line about fake deep people on social media thinking that they’re Farrakhan was great. He killed this shit. This is definitely another one of the best songs on the album. It’s the only other track aside from the intro that has a skit at the end with the firehead niggas. From what I understand, they’re supposed to be demons confronting him about his anger issues? I may be wrong about that… That’s what it seems like to me though. Anyway, I really love this song. It’s dope af to me.

Ooh shit… This beat samples Hail Mary by 2Pac. Goddamn… This beat is fantastic. This is one of the most personal songs on the album. The first verse was great. The opening line about how he couldn’t feel his own heartbeat was really cool. The hook is fantastic, but it’s mainly because he interpolated the hook from Hail Mary. It’s got the same exact melody, and similar lyrics. The second verse in which he raps about how he considered quitting music was really great. It’s interesting because Sylvan LaCue was also gonna quit rapping before he dropped Searching Sylvan. Anyway, I think this song is wonderful. I’m not really sure what Oh Genius contributed to it though. I don’t think I heard anyone’s voice aside from TreaZon. Maybe he helped with the instrumental or something. I know he’s produced music for TreaZon before. It doesn’t really matter though. This song is dope af.

This is one of two bonus tracks at the end of the album. The beat’s fine. The sung hook’s nothing special, but it works. The first verse was nice. The second verse was good too. Huh. The song just ended. This is a solid song. I kinda see why it was labeled as a bonus track though. Nothing about it really stands out that much. It’s a little bland compared to all the other tracks. I still think it’s good though. The verses are dope. The hook just got old to me after a while, and the beat’s nothing special. I enjoyed the song though. This is dope to me.

11. Gems produced by Stealth Is Metal

Hmm… I’m not crazy about the hook on this song. The production’s pretty nice though. The first verse was good too. Same goes for the second verse. He seems to be rapping about a girl he’s friends with who’s in a shitty relationship with a guy. That’s what it sounds like at least. It sounds like he doesn’t really know how to tell her what he thinks.

Do I protect the way you feel or give you the real?

I think this is a really good song. I definitely like it more than the previous track. It doesn’t blow me away like a lot of the other tracks, but I enjoyed it quite a bit. I fuck with this. It’s a dope song.

This is a really great album. There’s not a single track that I disliked. A lot of them were legitimately amazing to me. I really wish I knew who did the beats because the production is really great. There are only two skits on this whole project, so the concept is very loose. It’s not really that important to the overall listening experience of the album. If you listen to this project, I don’t know how you can deny that TreaZon is a talented rapper. I absolutely adore his aggressive flows and delivery. He sounds great whenever he’s rapping. I’m having a pretty difficult time choosing a favorite track from this album. The two bonus tracks probably could’ve been left off, but they’re not bad at all. I mean, they’re “bonus tracks” for a reason, so I guess it doesn’t hurt that they’re here. I think some of the hooks could’ve been a little better, but other than that I don’t really have any consistent gripes for this project. I think it’s exceptional. It’s a very dope album.