This album was released on April 5th this year. I first became familiar with Nacho Picasso through his work with Sadistik. I enjoyed his features on Salo Sessions, Ultraviolet & Phantom Limbs, so I decided to check out his debut project, Blunt Raps. That shit was not good. I was planning on listening to all his projects, but I was so turned off by that one that I decided not to. I’m hoping he’s improved a lot since then. That project came out in like 2010 I think, and he’s released a lot of shit. This’ll probably be better than that one. It wasn’t even really bad. It was just very mediocre. Honestly, I’ll be annoyed if this ends up being bad. If I don’t like this project even a little bit, I’ll probably never listen to another project from him. I doubt it’ll be that bad though. Anyway, every song is produced by S.A.T., except where noted. Here we go…

Hmm… This sounds like it’s gonna be a Horrorcore album. Oh God… I’m really not feelin’ Nacho’s delivery on this hook when he says “I wAnNa DiE tOoOoOoO.” I like the beat though, and his flow on the actual verse is pretty nice. Lyrically, this song isn’t exactly original in terms of content.

The verse isn’t bad, but his flow and the production are really what make this song enjoyable for me. I didn’t really like the hook, but it’s not bad enough to ruin the song. This opening track is better than anything that was on that first Blunt Raps project. I like this song. It’s pretty good.

He kinda sounded like Rowdy Rebel on a couple lines. I’m not sure if I quoted those lines correctly. “House lick” might be wrong. I couldn’t really make out what he was saying. But yeah, I think those lines give a pretty accurate depiction of what the song is like. This song is cool if you ignore the lyrics. However, I’m not really feelin’ it overall. I wouldn’t call it wack, but I’m never gonna listen to it again. It’s mediocre to me. 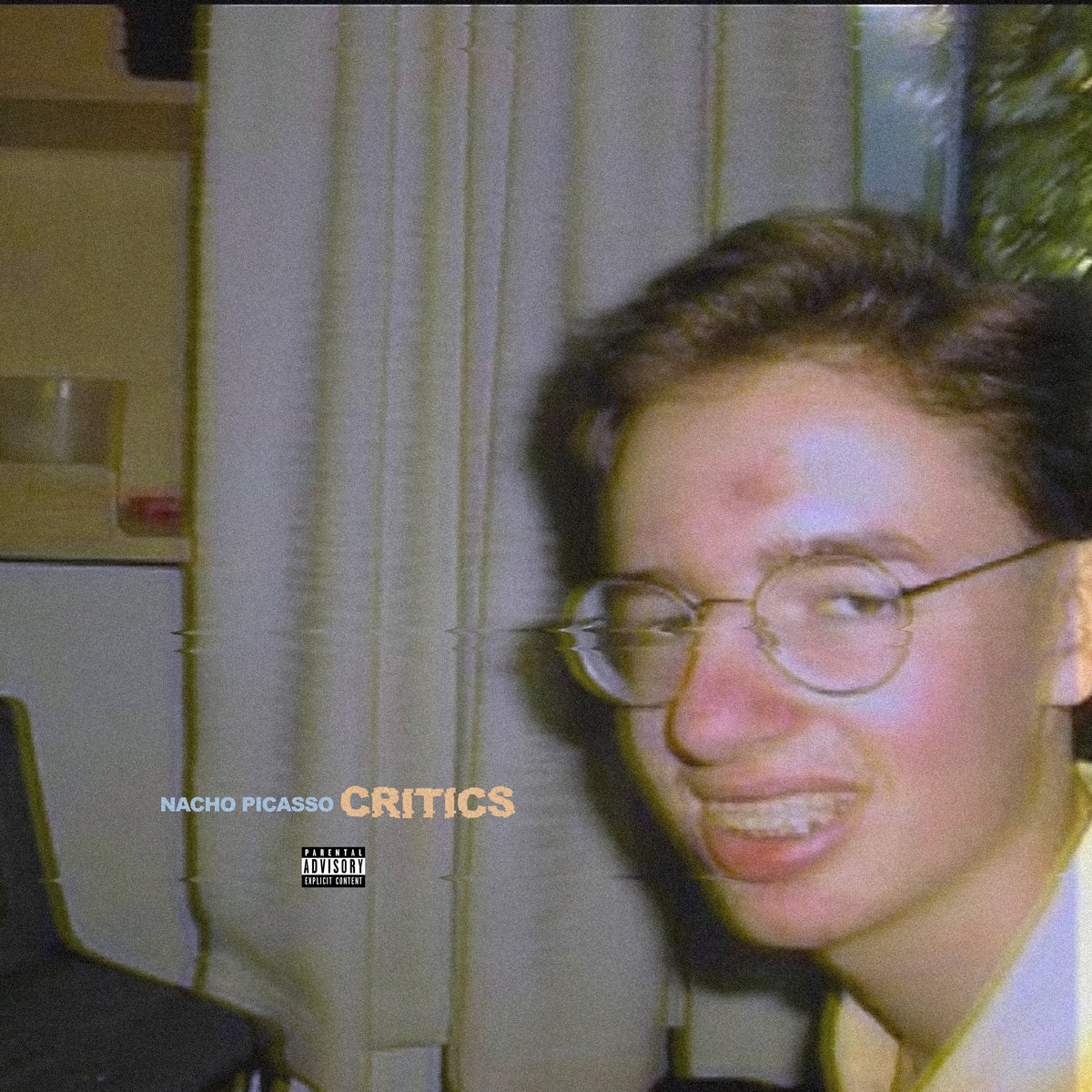 The beat on this track is pretty generic to me. His flow on this first verse is kinda cool. I’m not really feelin’ the hook on this one. It’s tolerable though. It’s not the worst hook on the album so far, but I guess that’s not really saying much. The first verse wasn’t bad. I like his flow on the second verse a lot. I just don’t really care for the lyrics or content. I think the verses on this song are better than that of the previous one, but the hook and beat are worse. I’m also offended by the cover art for this single. I think this shit is mediocre. It’s probably my least favorite track so far, but I still don’t think I’d call it wack.

Ohhhh shit… This beat is hard as fuck. I’m not crazy about this intro. I don’t know if that’s Dylan Knight or Nacho. Whoever it is is whisper-rapping, which is always corny as hell to me. It’s tolerable here though I guess. The first verse from Nacho Picasso is nothing special, but he sounds cool over this beat. S.A.T. is definitely the star of the show here. I love the production on this track. I think that’s Dylan Knight on the hook. It sounds pretty terrible. It’s not bad enough to ruin the song though. It kinda reminds me of Future’s hook on Señorita by Vince Staples. The whispering returns for the outro. This is pretty goddamn corny to be honest. If the production wasn’t so good I wouldn’t like this at all. I wish S.A.T. would release the instrumental. Hmm… You know what? I don’t think I’m gonna be coming back to this. I love the beat, but the hook is wack, and the whispering on the intro and outro are corny as hell. The verses from Nacho did absolutely nothing for me. I think it’s one of the better songs on the album so far, but it’s not good to me. It’s just okay. 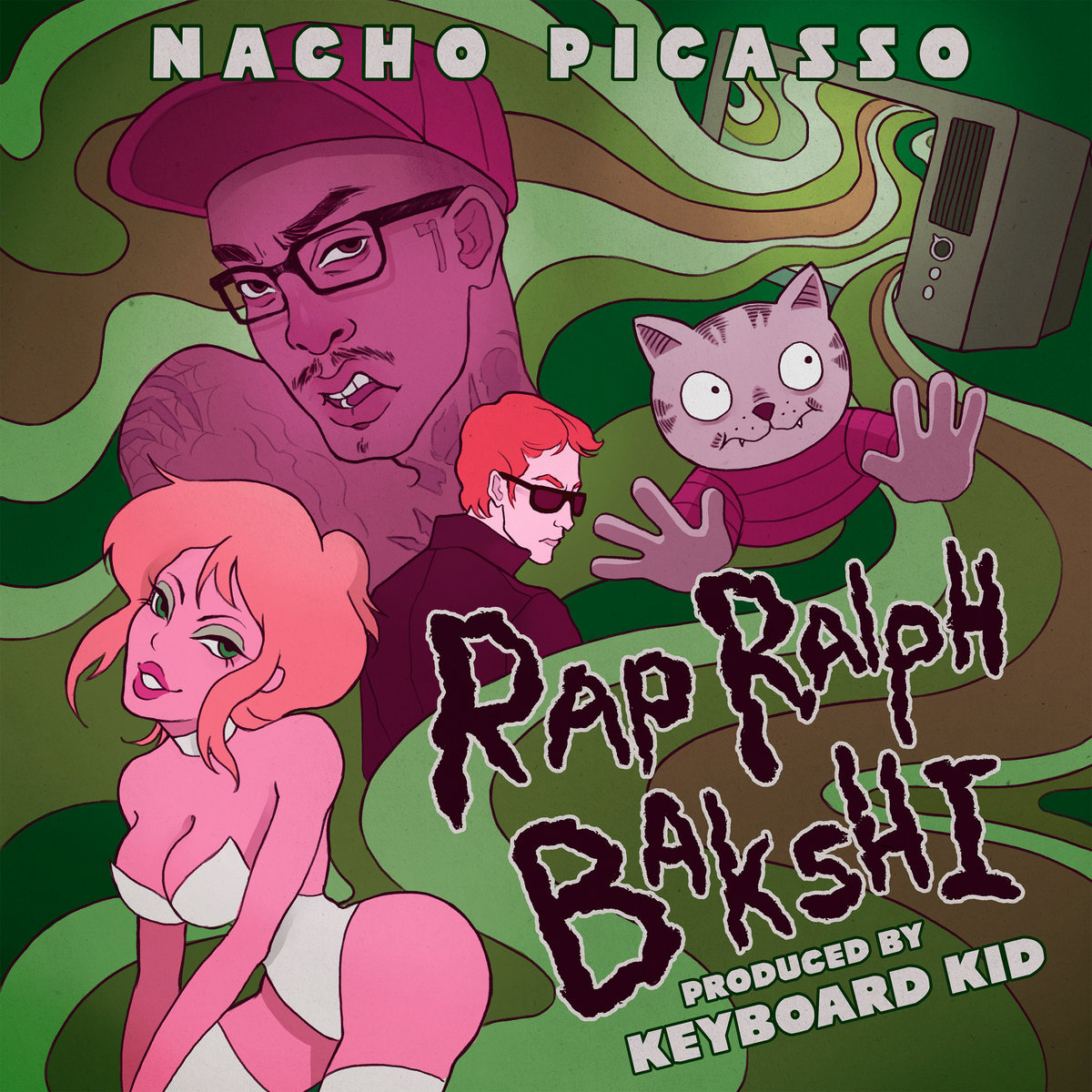 Hmm… Is this the same Keyboard Kid who produced I Hate Myself by Lil B? I guess it is. I don’t have any reason to believe it’s a different person. This beat is pretty cool. The hook is nothing special, but it’s probably the best one on the album so far. I’m not really feelin’ the first verse, especially when he starts rapping with autotune. The bass is way too strong on this song. It drowns out the lyrics. The more I listen to this beat, the less I like it. Ugh… Yeah, this isn’t good. I don’t like a single aspect of this song to be honest. The production was kinda cool at first, but it gets old really quick. This is another mediocre track that I’ll never listen to again. 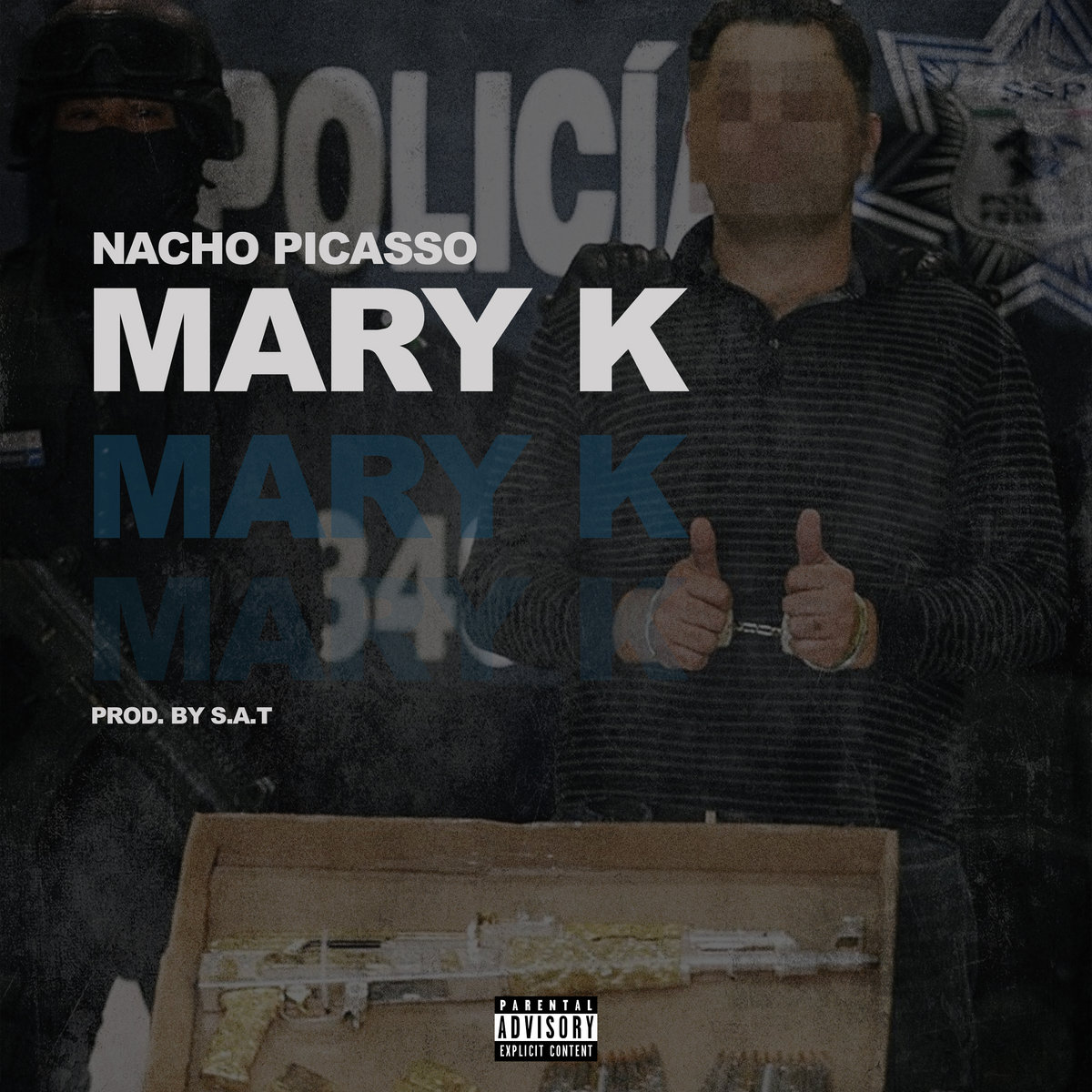 I’m starting to regret checking this album out to be honest. The beat on this track is hard. Nacho’s delivery was kinda weird to me at first, but I don’t mind it. The lyrics are pretty bad. Hmm… You know, Nacho Picasso really isn’t the kinda rapper I expected him to be based on his work with Sadistik. He’s pretty much just another generic Trap artist. At least his flow is kinda cool on this track. The hook is nothing special. This isn’t a good song, but it’s definitely one of the better tracks on the album so far. None of the lines stand out in a good way. The production is the best aspect of the song. It’s okay overall, but I’m never gonna listen to it again. 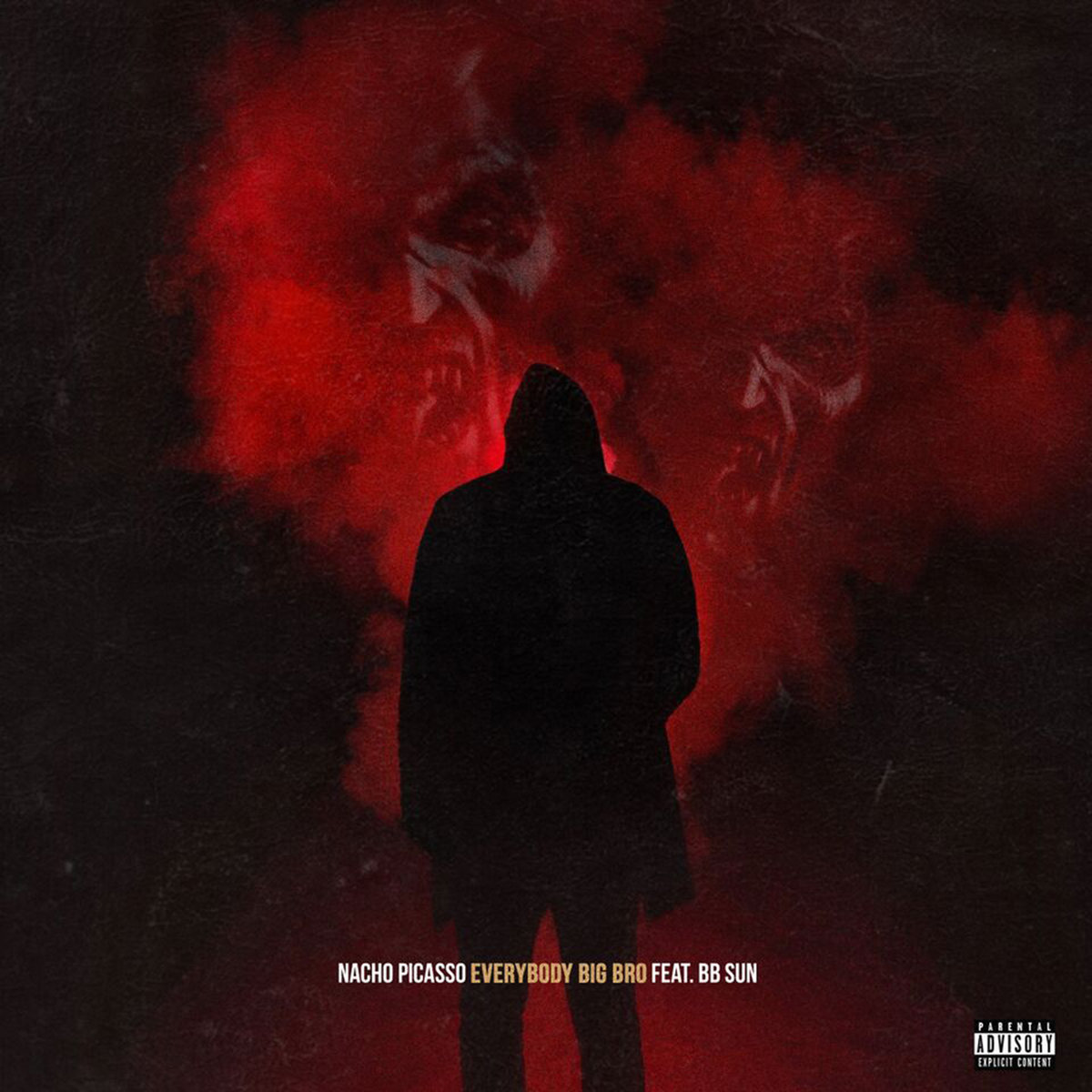 The beat on this track is pretty good. The hook is nothing special on this track. Once again, the lyrics aren’t very good. Nacho’s got a decent flow though. Oh God… This BB Sun dude is terrible. His flow was so bad at the beginning of his verse. It kinda got better as his verse progressed. Well, certain parts sound worse than others. Yeaaah… I’m not feelin’ this one man. Once again, the only aspect of the song that I like even a little bit is the production. The beat itself isn’t even that great though. It’s just slightly above average. This is probably my least favorite track on the whole album so far. It was already pretty underwhelming at first, but that BB Sun guy made it even worse. This shit is wack to me. 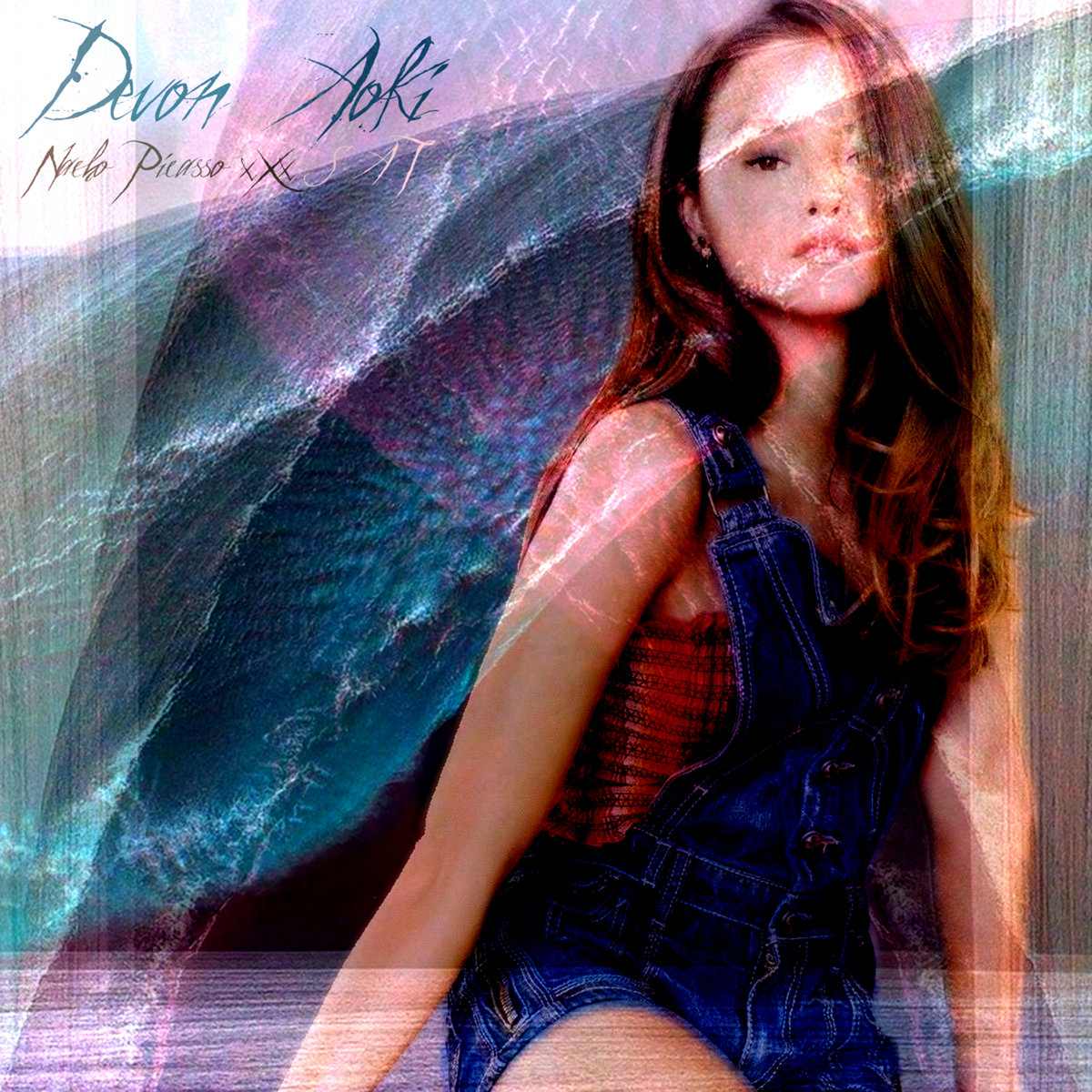 This beat is really dope. This is definitely one of the best beats on the album so far. Unfortunately, Nacho isn’t rapping very well over it. Well, maybe I shouldn’t say that. His flow isn’t bad at all. It’s just the lyrics that I can’t get behind. The generic content doesn’t appeal to me at all. There was a line in there about how he wore grey sweatpants so that his dick-print would be visible. Yeah, I’m not feelin’ this one. Just like with most of the other tracks, the production is the only aspect of the song I enjoyed, and it gets old pretty quickly. This isn’t as bad as the previous track, but I still don’t like it. It’s mediocre to me.

The beat on this track is decent I guess. I’m not feelin’ the hook. Again, the lyrics are very generic. It’s just a lot of posturing with lines about fucking other guys’ girls.

Hold up, simp
You are not a pimp
Just a little wimp
Behind window tints

There’s only one verse on this song, and I’m not feelin’ it. This is definitely one of the worst songs on the album in my opinion. Nothing about it stands out in a positive way. There’s not much to discuss. It’s just not good to me at all. I think this shit is wack.

Wow. The first couplet of this song is terrible.

I wanna save the world like Thanos
Booty chin licker, tell the world to kiss my anos

I guess “anos” is supposed to be anus. That’s… That’s not good. The beat on this track isn’t even very good. It’s just another generic, dark Trap instrumental. There’s a line on this track where he says he has pussy juice dripping from his mouth to his dick. I don’t get the appeal of this song. Nothing about it stands out in a good way. His flow is boring, the lyrics are eye roll inducing, and the production is lackluster. I’m not feelin’ this song. It’s wack to me.

This album is not good. Honestly, I think this is even worse than Blunt Raps. I didn’t like that album at all, but it was at least more consistent than this one. At least, I think it was. It’s been a while since I heard it. This one in particular is just really generic. Lyrically, it’s pretty bad. The content is super uninteresting. The only positive aspect of this project is the production from S.A.T., and even that isn’t super amazing. I liked a lot of the beats, but they’re pretty much just standard Trap instrumentals, albeit slightly darker. Nacho’s flow was underwhelming for the most part with a few exceptions here and there. I like his voice, but the shit he chooses to rap about just doesn’t stand out at all. I’m not a fan of this album. I think I’m gonna steer clear from his future work unless I hear a single that really impresses me. This shit is very mediocre to me.