Note: This review was written in April of 2018.

This album was released on November 12th in the year of our lord 1991 by Interscope Records. This was Pac’s debut solo album, and my introduction to his music. It’s conscious Hip Hop at it’s finest. The music isn’t as polished as some of Pac’s later work, but the lyrical subject matter is real as fuck. I’ve always been more of a Biggie fan than 2Pac, and it’s always gonna be that way. You’ll probably know why by the end of this marathon…

The album starts off with the words “hard like an erection.” That’s the kinda rapper Pac was. He was hard as fuck. He was all about thugnificence; in other words, he redefined the term “thug,” highlighting the conditions that drive young black males to resort to petty, and sometimes major crimes. 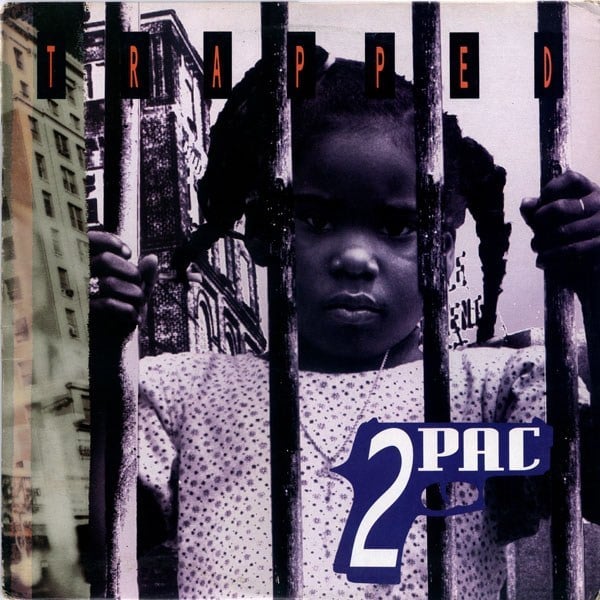 They can’t keep the black man down.

It’s more of what N.W.A. did with Fuck tha Police. Pac was on his Malcolm X shit with this album. Soulja Story has one of the best beats on the album. The hook is dope. The album’s got a strong theme of police brutality. The feature from Pogo on I Don’t Give a Fuck was pretty nice. Pee-Wee did his thing on the production as well. The song ends with a series of fuck you’s to different police departments and the FBI. Pretty hardcore stuff. It’s followed by my favorite track on the album, Violent.

Don’t look confused; the truth is so plain to see
‘Cause I’m the nigga that you sell-outs are ashamed to be

The scratches on the hook are dope af, and Raw Fusion killed it on the production. Pac did a great job painting the picture of a young black man getting sucked into a life of crime due to the police’s prejudice. Words of Wisdom introduces the n.i.g.g.a. acronym. To Tupac, it stood for “never ignorant, getting goals accomplished.” It’s pretty much the perfect way to take back the word. It’s also a little corny to be honest, but it’s not too bad. The song itself didn’t really do much for me personally. It’s a decent track, but it kinda lacks replay value. I really fuck with Something Wicked. I love the tribal sounding percussion, and Pac’s flow was actually pretty nice too. It’s really hard for me not to join in on Pac’s “SOMETHING. WICKED. THIS WAY COMES” chants. It’s a dope track. Crooked Ass Nigga is another average track. I really liked the feature from Stretch, but Pac’s verses were kinda boring to me, and I wasn’t really feelin’ the production.

The beat on If My Homie Calls is actually pretty nice. It’s a good song about friendship. The music video was pretty boring though.

I actually don’t like Brenda’s Got a Baby. I dislike the dramatic vocals from Dave Hollister, and the production was a bit weak to me. The story Pac told was pretty dark, but it’s not something I care to hear more than once. It’s certainly not a bad song though. It just lacks replay value for me personally. Tha Lunatic is pretty average. 2Pac killed the verses, but as a song the track lacks replay value. Stretch just contributed some spoken breaks between each verse. The beat on Rebel of the Underground is a bit too repetitive for me. I kinda like the female background vocals that come in occasionally though. The hook was nothing special, but the verses are well written. The outro, Part Time Mutha, is one of the best songs on the album. The beat is dope, and the vocals from Poppi sound really fuckin’ good. I loved Angelique’s verse too. Her higher voice provides a really nice contrast to that of Pac. It’s dope af.

This album is pretty good. The production is outdated, so some of the songs are kinda hard to get into. It’s a well made project though. I really like the theme he had of the black uprising. Younger listeners probably wouldn’t like this shit sonically. It’s dusty as hell honestly. I enjoyed it though. In fact, I like this one more than most of his other projects. It’s a good album.