Tardy Mixtape Review | The Underachievers – The Lords of Flatbush 3

This mixtape was released on June 21st this year. Honestly, I can’t say I was going into this project with very high expectations. I didn’t like either of the first two projects in The Underachievers’ “Flatbush” series, and I wasn’t expecting this one to be any better. On top of that, just last year in November they released their worst studio album to date. So yeah, I have pretty mixed feelings on their discography. I like a couple of their albums, and I also enjoyed their debut mixtape. I’ve never loved a single project of theirs, but obviously I have liked some of them. My favorite album from them so far is Renaissance, which only came out two years ago, so I guess it’s possible that they could bounce back with their next studio album. This project in particular was slightly better than I was expecting it to be, but that’s really not saying much because it still wasn’t good overall. I just didn’t expect to enjoy even a single track. I ended up liking TWO whole songs here though. The first one I enjoyed was Deebo, which was released as a single alongside the opening song, Stone Cold.

I actually thought the production from YDNA, who produced the entire project, was pretty good on Deebo. I’m not a fan of his producer tag, but that’s obviously a minor nitpick. I thought the song was kinda hard though. I liked the second verse from Issa Gold, but the first verse from AK was really nice too. I don’t remember what the exact line was, but he said something about raising a fucknigga out of his own flesh. That shit was hard as fuck. I never really considered these guys to be super hard, and the more Gangsta Rap leaning bars on this project are really unconvincing for the most part, but this was a rare exception. So yeah, I thought Deebo was pretty good. The only other song I liked was Rowdy. Once again, I thought the production was pretty cool, and I thought the first verse from AKTHESAVIOR was great. He actually had a lot of really hard lines in this track. I think he’s a lot more convincing than Issa Gold is in terms of the Gangsta Rap bars.

Guns that we holdin’, we call it division because it be splitting your body

Issa Gold’s verse didn’t really stand out as much to me, but he did his thing. His flow was cool. So yeah, those are the two songs I liked. The thing is, I don’t actually think there are any bad songs on this tape. It’s all just super “meh.” It’s just a collection of inoffensive, hard-hitting Trap music that nobody will remember an hour after listening. There isn’t a single song on here that I would call “great,” or that I would say I really love. There aren’t any flat out wack songs either though. The first song actually had kind of a cool beat, and I wasn’t impressed by the performances from either MC. The third song, No Detectives, is probably the worst song on the project to be honest. It’s mainly because of YDNA’s production. That ugly ass beat sounded like the musical equivalent to Frankenstein’s monster, and not in a good way. I thought the first verse from Issa Gold sucked. Again, I wasn’t convinced by his attempts at Gangsta Rap bars, and his flow was super weak to me. AK’s flow was great, but not good enough to make the song worth returning to. It’s a mediocre track overall. Packs was another really mediocre song. 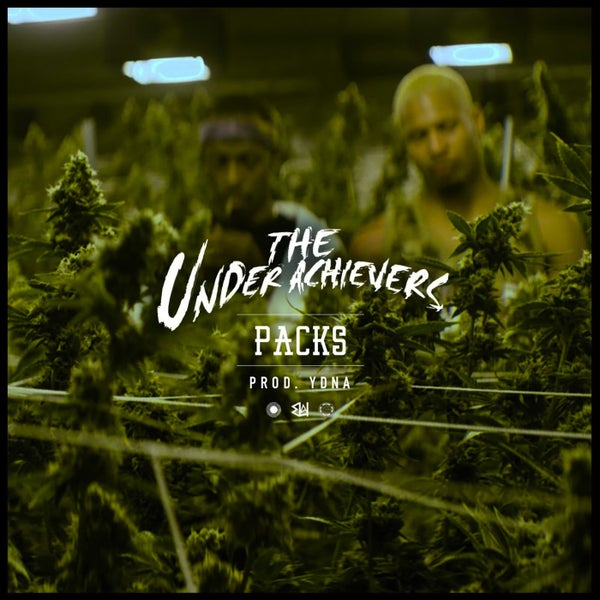 The Trap production was painfully generic. I actually kinda liked the first verse from Issa, mainly due to his delivery. Unfortunately, AKTHESAVIOR’s verse did absolutely nothing for me, and the beat was way too repetitive. This track is followed by yet another weak song, Wasteman. It has another mind bogglingly generic Trap beat. Again, Issa Gold is the one who stood out more here. His flow was surprisingly far more impressive to me than that of AKTHESAVIOR. Tokyo Drift was a slight improvement in my opinion. I thought the beat was kinda cool at first, but it’s super repetitive, so it got very old by the time the song was over. Issa Gold’s performance was actually pretty underwhelming on this one, but AK’s verse was tight.

Last Call had another lackluster beat, but I think it’s another one of the better songs on the project. I liked the way AK & Issa were going back and forth with their verses. You know what’s frustrating? I liked the rapping on Last Call, but didn’t like the production at all. It was the exact opposite for the following track though. I wish I could just take the rapping from Last Call and put it over the beat from Randy Moss. That track has one of the weirdest beats on the project, but I mean “weird” in a cool way. The actual rapping was very underwhelming though. It’s an okay song overall, but I won’t be returning to it. ¯\_(ツ)_/¯

This project is pretty much exactly what I thought it’d be. I’ve never been a fan of these Flatbush projects that The Underachievers have been releasing since 2013, so I knew I wasn’t gonna like this shit. I thankfully got two good songs out of it though, which I guess was more than I was expecting. With that said, I think this is genuinely the worst project I’ve heard from them so far. It’s pretty obvious that they’ve run out of ideas, and that they’ve plateau’d creatively. It’s a shame because when they dropped Indigoism I was excited about this cool new group. To me, they’re pretty much just Logic, except tolerable. These Flatbush projects are like Logic’s Bobby Tarantino mixtapes. They’re saying absolutely nothing substantive, and the production just consists of generic Trap instrumentals with heavy bass. It’s just a really dull listen. This is nowhere near as bad as Logic’s recent work though. It’s just mid. I didn’t like this one, but if you’re a super hardcore fan who has loved all the Flatbush projects in the past, you’ll probably enjoy it. I just think it’s mediocre personally.