This EP was released on June 7th this year. Before listening to this project, I went back and listened to almost every project Joell Ortiz has ever released that I hadn’t heard before. I skipped the collaborative projects like Gorilla Glue, mainly because I think Fred the Godson sucks. Overall, my favorite project is definitely that Farewell Summer EP that he dropped in 2010, but as far as actual albums go, I still think Human is his best work so far. I obviously haven’t checked out that Monday album that he dropped at the end of August yet, but I’ll get to it eventually. Anyway, this project isn’t good. This is actually probably the worst project I’ve ever heard from Joell. I guess that’s not really saying much though because I like every other project I’ve heard. I don’t even think this one is bad. I enjoyed most of the songs. I’ll talk about everything I liked before getting to the one song I didn’t. The project starts off with Keep’n On, which had a pretty average beat to be honest.

The one thing that makes the song worth coming back to is the actual rapping from Joell. His rapping wasn’t amazing or anything, but it’s what his fans know and love from him, so they’ll be satisfied. Well, I know I was personally. The hook, if you can even call it that, was super simplistic. It added absolutely nothing to the song. It’s pretty much just a break between the two verses. I enjoyed the song overall, but nothing about it really stands out that much. If you’ve never been a fan of Joell Ortiz in the past, this song will do nothing to change that. That could be said about this whole project to be honest. The best song is definitely the title track in my opinion. I thought the beat was actually fire, and Joell killed it. I just wish the song was longer. It’s criminally short. It should not have been less than three minutes. I like it a lot, but I probably would’ve loved it if it was longer. Everything I said about the title track applies to the following song, Brooklyn What. Once again, I think the production is great. I wasn’t quite as impressed by Joell’s rapping on this one, but it was still good. The song is even shorter than the one it follows though, which was kind of disappointing. I still think it’s a dope track though. The final track, Can’t Stop, Won’t Stop was pretty good too. The production was super simplistic, but I liked it. It’s pretty much just a really hard hitting pattern of percussion with a looped bassline in the background. It sounds like it borrows the same exact bassline that was in Joey Bada$$’s Escape 120, but I could be wrong about that. I don’t know. Anyway, even though I liked the production personally, I feel like it’s one of those beats that most people would call trash. I feel like I appreciate good percussion more than a lot of other Hip Hop fans do, and that’s really the main appeal of the beat here. Damn, that sounded really pretentious, didn’t it? Sorry about that… Anyway, I like the song, but it’s not as good as the preceding couple of tracks in my opinion. Joell’s rapping was cool, but nothing to write home about. The final third of the song is mildly screwed, which was kind of a cool touch. It’s a good song. I liked it. That brings me to the second track on the project, Shake Dat Je’llo… 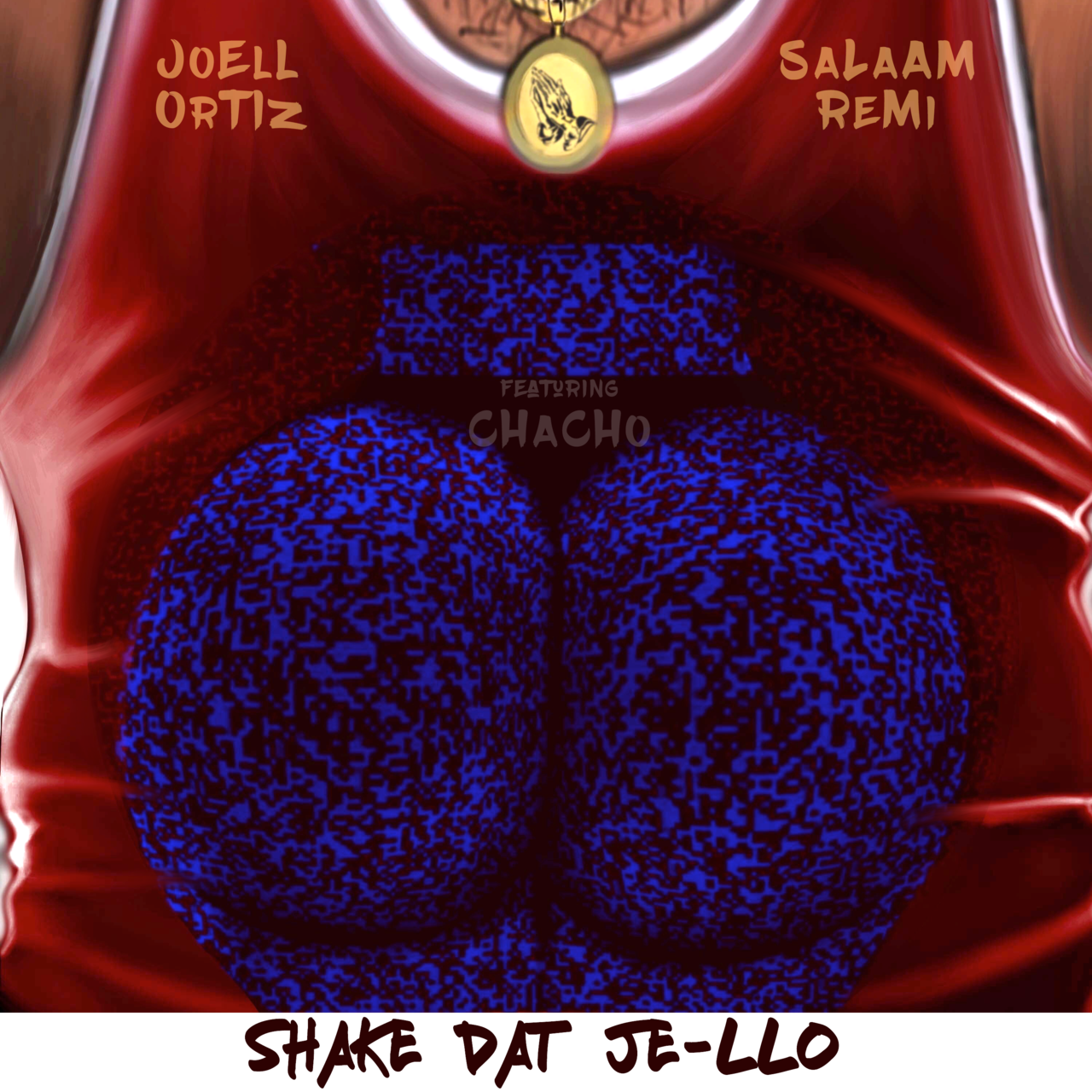 Bro… This is legitimately the worst song I’ve ever heard from Joell. What the fuck is this shit? This song is fucking unbearable. It really ruined the entire EP for me. What the fuck was this motherfucker thinking? I guess I should actually explain why I hate this song so much if it somehow isn’t obvious… Mind you, I knew this track was gonna be some bullshit as soon as I read the title, but I wasn’t expecting this. First of all, the song starts off with a terrible Michael Jackson sample, and the actual beat from Salaam Remi that follows is absolute trash. That’s not even the worst aspect of the song though. No, the worst thing about this track is Joell himself.

I was absolutely bewildered listening to this shit. You know what the craziest thing is though? He performed the entire song with an exaggerated Puerto Rican accent. It literally sounds like a fucking parody. As you probably saw from the single art, I guess Joell is rapping in character as “Chacho.” So Chacho is just some random ass latino nigga that likes fat asses? What? Jesus fucking Christ man, I swear to God if Chacho pops up on that Monday album… No. No, this is legitimately one of the worst songs I’ve heard all year. This is worse than Jarreau of Rap. At least Nas’ flow was actually kinda impressive on that once you get passed the initial shock of the trash beat and cringy delivery. There are zero redeeming qualities for this song. It’s fucking dogshit.

Overall, I think this EP is just okay. Honestly, I probably would’ve liked it if it wasn’t for that second track. That song really ruins it for me. It’s a shame because it could’ve been a good project. That song is fucking unlistenable. I still can’t believe he actually recorded that and released it. That song was a mistake. The other songs are cool though. None of them really blew me away, but there’s some solid production and cool rapping from Joell. If you’re a hardcore fan, I guess you can check it out. Just make sure you skip track 2. It’s not even worth it to give that song a fair chance. Fuck that song.