Tardy Mixtape Review | Conway the Machine – Look What I Became

This project was released on September 13th in 2019. Much like with Westside Gunn’s Flygod Is An Awesome God project, I wasn’t sure whether this was an album, extended play, or mixtape at first. I was under the impression that it was an album, but then I saw that it was less than half an hour long, so I thought it was an EP. Then I asked the biggest Griselda fan I know, and he told me that it’s a mixtape, so that’s the label I’m going with. I’ve seen it referred to as all of the above from conflicting sources, so I guess it doesn’t really matter. It’s all the same shit at this point. Anyway, this was actually one of my most anticipated projects of 2019 because Conway is easily my favorite member of the Griselda crew. I loved both of the projects that he dropped earlier in the year, and I was hungry for more music from him. Unfortunately, I started getting a little nervous when some people said that it was mid, and one of the weakest projects he’s ever done. I still think I’m gonna love this shit though. I really hope I don’t end up being disappointed.

This shit is dope. I thankfully ended up really enjoying this tape. I don’t think it’s bad at all. It’s definitely not Conway’s best work, but I still think it’s great personally. It starts off with No Women No Kids, which has an amazing beat from The Alchemist.

The Alchemist is a fucking monster, man. I love this beat so much. The song is pretty much just one verse, and I think Conway’s flow and delivery are a little bland, but this shit is great lyrically. The Wu-Tang references were great, and I loved the line about Desiigner.

They say I’m too passionate as a writer
But I don’t give a fuck, that’s what happen when you fire
You can’t tell me all these rappers not inspired
Before Reject 2, niggas was rappin’ like Desiigner

The song feels a little al dente; I feel like he could’ve done more to flesh it out and make it sound more complete, but I definitely like it a lot. It’s a dope track. It’s followed by my favorite song on the album, Hawks. First of all, that beat from K-Sluggah is fucking awesome, and Conway’s flow on this joint is much smoother and more impressive than it was on the opening song. I was going crazy the first time I heard this shit man. It’s just overloaded with amazing lines.

I see you niggas tryna take the formula and make it cornier, I’m onto you
Don’t make me call shorty up, he pick his .40 up
Shootin’ your corner up, send you for a ride with the coroner

Everything I touch, this shit is classic
Call the plug, get the package, then get in traffic
Already sold half it before I ripped the plastic
Neck lookin’ like I just went triple platinum
We with the action, your favorite rapper, I will smack him
Then have his head spinning backwards, then spin a Backwoods 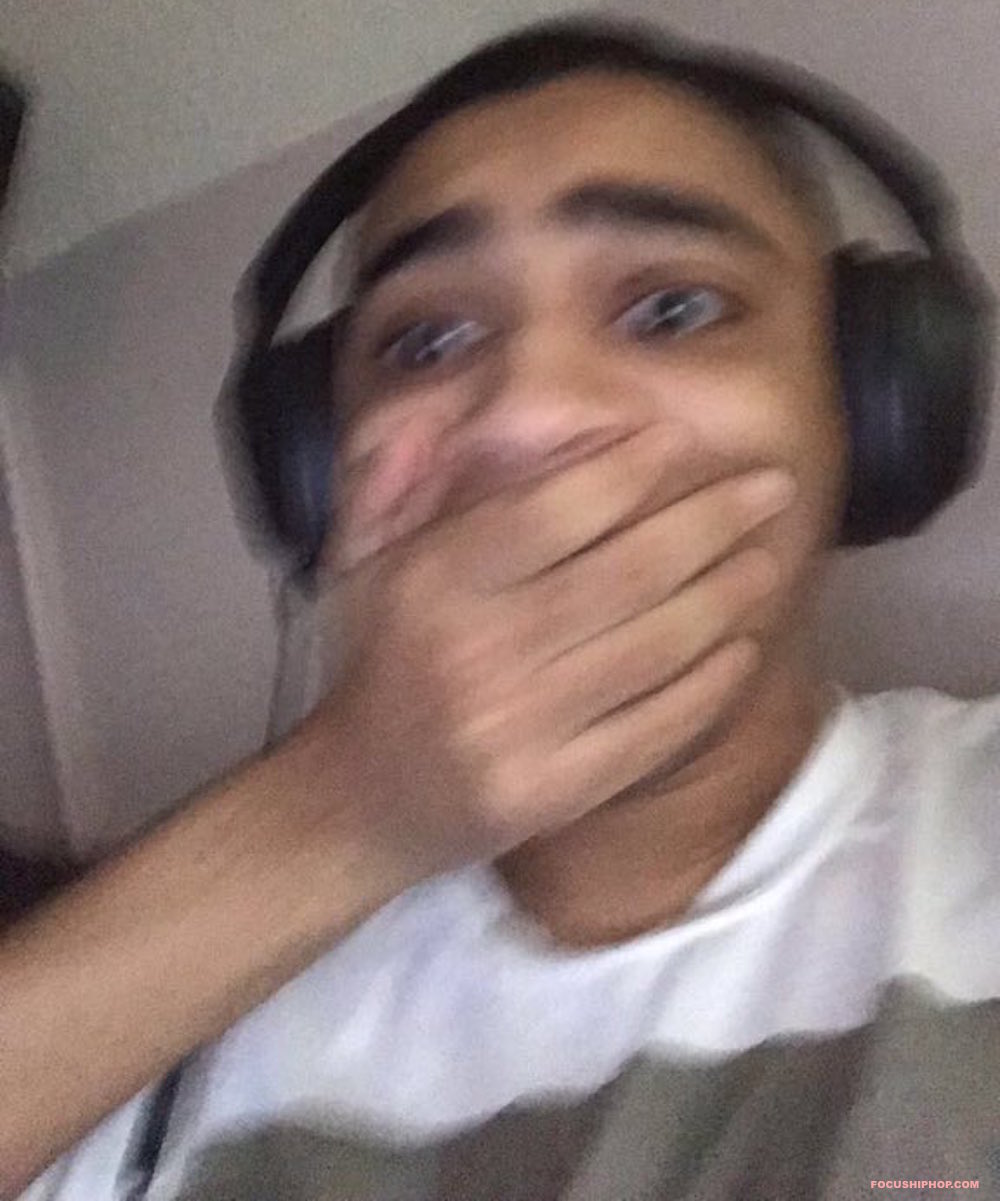 Militant mind, I’m the modern day Malcolm
I’m the nigga that they doubted
I created my own lane on these niggas, now my lane crowded
And I ain’t even drop a album
But the flow polished like the nigga on his eighth album 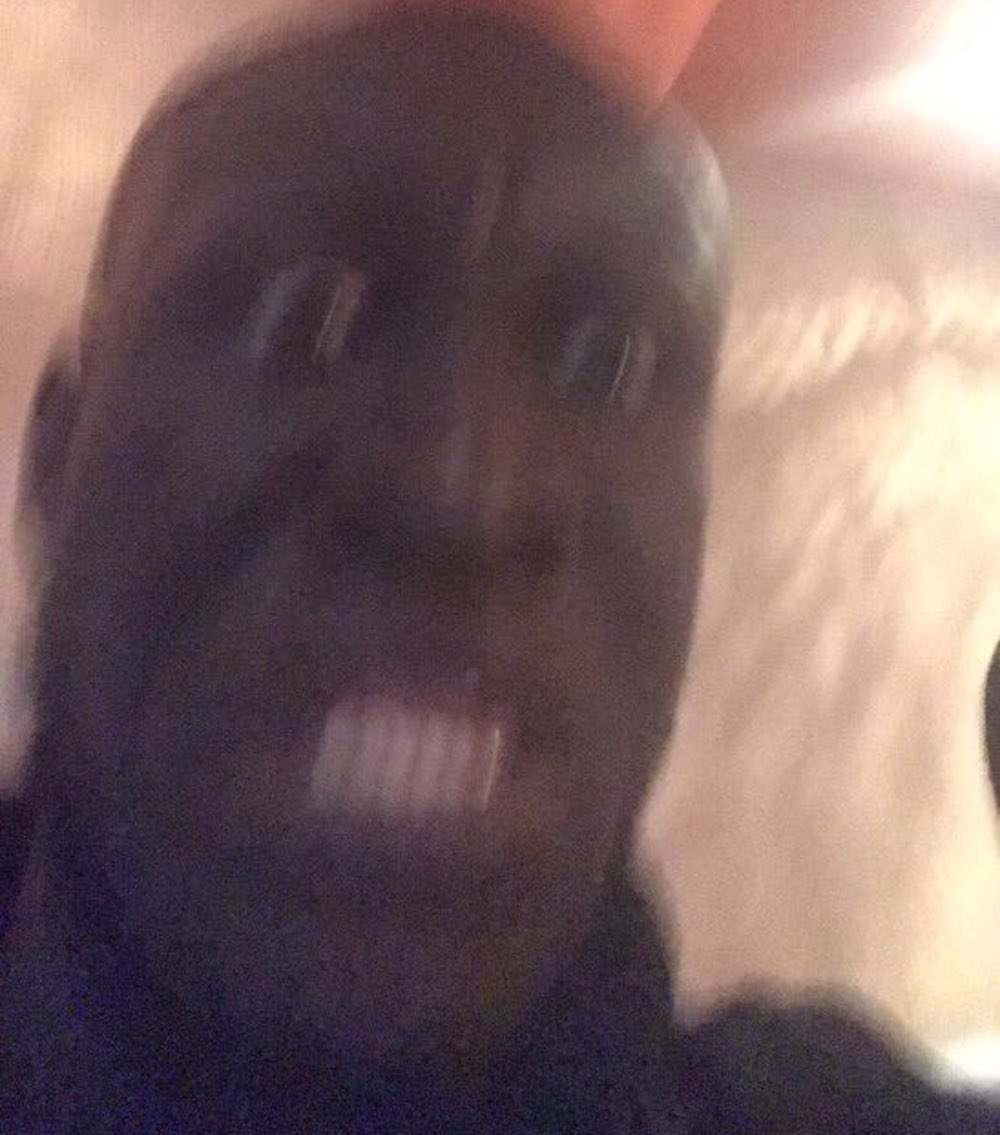 THIS SHIT IS FUCKING FIRE. I LIVE FOR THIS SHIT, MUTHAFUCKA. HE BODIED THIS SHIT. There are so many great lines on this song. I have zero gripes. It’s just one verse, but his performance is so good that I’m more than satisfied. The song is amazing. The next actual song is called Tito’s Back, which is performed by every member of Griselda.

The beat from Daringer sounds like a damn horror movie. This shit is cold as hell, man. The way Benny & Conway are trading bars on this shit is fucking awesome. They killed this shit.

Push your shit back, got a big MAC, I’ma be honest
I go hard in the paint, big facts, I’ma be Giannis
Let my chips stack, gettin’ big racks, I’m seein’ commas
We on islands, I bring a bitch back, might be Rihanna

I love how they borrowed the same rhyme schemes from each other. It sounds like they really sat in the same room and wrote this shit together.

I’m really with that, my clique packed full of piranhas
My shit clap, you’ll get flipped back into the August
Left with money and dope like this pack was consignment
I tripled up my flip from pimp slappin’ the product

The hook from Benny is pretty nice too. Instead of actually rapping, Westside Gunn pretty much just said a bunch of random bullshit with his obnoxious ass ad-libs in the background. Honestly, the song would’ve been so much better without him. It’s still really dope though. The next track is called Black Spoons, and the production from DJ Muggs is cool, but far from his best work. Even though I like this song, I think this is kind of a low point on the project. With that said, I’d love a Conway & Muggs project. Conway’s flow is super slow-paced throughout the majority of this song, but he eventually switches it up towards the end of his verse.

You know what we on, pistol whip that nigga, broke his cheekbone
Shot him on Dote & Bailey, they found his body on Keystone
Gunpowder residue all on my VLONE
Write pain like a shot in your right knee bone

I think his performance is cool, but the song as a whole is a little dull since it’s so slow. It’s a good song, but it’s relatively underwhelming compared to most of the other material on the project. It’s followed by the only track on the tape that I don’t really care for, Vino D. It’s disappointing because it was one of the most enticing songs in the track listing due to all the features and the production from JR Swiftz. I was surprised to hear the sung hook from El Camino. I didn’t know he could sing. I mean, the vocals aren’t amazing or anything, but they’re better than I would have expected. With that said, the repetitive lyrics are irritating, and the melody isn’t very good. I liked the beat at first, and it is admittedly a nice change of pace since it’s so much more uptempo than that of the preceding track, but it’s just very repetitive, so it gets old quickly. I think the first verse from Conway is pretty good.

Stash the yayo in a coffee can
Fingertips numb from baggin’ all these grams
Send a nigga to his wake, it only cost a band
Then I get MIA like a Dolphins fan
Steal a crumb from me, then I cut off his hand
Hope your momma got your funeral and coffin planned

I’ve never been a fan of Jim Jones, and his verse on this track did absolutely nothing to change my perception of him. I wasn’t impressed at all, but it was okay I guess. Dave East actually killed that last verse though.

Hand ain’t got no feelin’ it
Trappin’ out that building, wasn’t chillin’ in it
I’m fuckin’ actresses, but these ratchet bitches, they still can get it
Detroit with a pistol like a piston, I’m Chauncey Billups with it

I liked the first and last verses, but the hook is wack to me, and the beat is too repetitive. Aside from Conway & Dave East, I’m not really feelin’ the song. It’s decent though. I just won’t be returning to it. The next song is called Half of It, and it’s dope as hell. The instrumental from Rick Hyde is basically a Trap beat, and it’s really goddamn good. I’ve heard of Rick Hyde in the past, but I think this is my first time actually listening to a beat from him. Conway sounds great over it too. The hook is dope, and he fucking killed the verse. The content about being loyal to his friends is actually pretty goddamn wholesome.

I showed a lot of niggas love, but that same love never get reciprocated
Even when I put niggas in position, helpin’ niggas get situated
Change your whole livin’ situation, but that’s just what real niggas do
If you my bro, you know I’ll take the shirt off my back, and I’ll give it to you

I love this shit. It’s my second favorite track on the project. There’s not a single aspect of it that I don’t love. This is dope af. The final track on the tape is called You Made It, and the production from Statik Selektah is fucking incredible. When the song first started, I wasn’t sure exactly what he was rapping about. At first I thought he was rapping from the perspective of someone else speaking to Conway because of the preceding interlude.

I don’t know how you do it
All that shit you go through, you just get through it
Don’t post your business on the ‘gram so nobody never knew it
But when shit was lookin’ bad and your situation was bleak
All you did was persevere ’cause it ain’t nothin’ ’bout you weak

Then by the end of the first verse I thought the song was dedicated to his mother. However, by the time the track ended it turned out to be a pretty heartwarming love song.

Knew you was special the moment that I met you
But you had issues in your life startin’ to stress you and I wouldn’t let you
Yeah, I love the way you persevere
Now when I see you, you smilin’ from ear to ear
If you ever need me, I’m here

This is the second time that I’ve been surprised by how genuinely romantic a love song is from a Griselda artist. There was a good one on Flygod Is An Awesome God as well. The vocals from Amber Simone on the hook are very good, and kind of over the top to be honest, but not in a bad way; she was just going really fucking hard. The song is great. I think it’s dope af. 😀

This project is great. Again, it’s definitely not Conway’s best work, and I feel like some of the songs didn’t have as much effort put into them as others, but overall I really enjoyed this, and it just solidifies Conway as my favorite member of Griselda. I know everyone loves Benny, and I like him a lot too, but it’s honestly not even close for me. Conway is a fucking beast. I just love how scary and violent his bars are, and I think he’s more versatile in terms of his content. Some of these songs are very simplistic in terms of the structure, and I don’t love all of the features, but I’m very satisfied with this tape. I think it’s dope, and I can’t wait for the next solo release from Conway. I’m also looking forward to finally checking out that Griselda album that dropped in November. This shit is dope.