This extended play was released on February 21st this year. Deniro Farrar is an MC from my home state of North Carolina whose name I’d seen floating around the internet for the better part of the previous decade, but I didn’t actually start paying attention until I heard one of the singles from this project. I actually didn’t even know he was from NC until late last year. As of February 27th, I’ve only heard one song by him, but I really liked it, so I think I’ll definitely enjoy at least a few songs from this EP. I really have no expectations though since I’m not very familiar with him as an artist yet.

Trent the HOOLiGAN is an artist who I’m not super familiar with, but he did have a really good feature on a phenomenal single by Kembe X called Killscope. I think his verse here is pretty good too. The lyrics aren’t super impressive or anything, but his flow is nice as hell. I’m pretty sure he’s from Atlanta, and his extreme Southern drawl kinda reminds me of T.I.’s accent. I think the beat is kinda generic, but it’s not too bad. The way it switches up in the middle of Deniro’s verse is actually really cool. The hook is nothing special, but Deniro’s verse was pretty solid. Nothing about this song really blows me away, but I definitely enjoyed it. It’s a pretty fun song; I like it mainly for their flows. I think it’s pretty good.

This song flips the same flute sample as Future’s Mask Off, and it still sounds great. As a matter of fact, I’d say this beat is arguably superior to that of Mask Off to be honest. The writing on the hook is actually pretty nice too.

Poorly planned for, chaotically conceived
Born black into this world, made it hard for me to breathe
Worshipping false gods had me down on my knees
‘Til I found liberation, now a nigga finally free

Clearly the writing here is far more scrupulous than that of Mask Off. I think the first verse is pretty cool lyrically, but his flow and super reserved delivery really left something to be desired. Deniro has a really nice, unique voice, so I kind wish he’d be a bit more aggressive and energetic with it. The second verse is better than the first one in my opinion.

Food stamps and WIC vouchers, beans in the can
Lights off, rent late, but you don’t understand
That’s what got me clutching on this package in my hand
If you ain’t bringing paper home, my nigga, then you ain’t a man

I think this track is better than the preceding one, but the super abrupt ending is a bit jarring. The song’s still good though; I fuck with this.

I think it’s kinda cool how he tried to take influence from old negro spirituals for the hook of this song. My issue is that I just don’t like the vocals. In fact, even if I thought the singing was good I probably still wouldn’t like it because the melody just isn’t that enjoyable to me. On the bright side, I actually think the production is pretty great, and the first verse is dope as hell. This sounds like something that would’ve appeared on T.I.’s Us or Else project. As the title foreshadows, the entire song is about the broken criminal justice system in America, as well as the prison industrial complex. I definitely appreciate the content, but as a song this just isn’t very entertaining for me. The hook is really the main aspect of the song that prevents me from enjoying it. At first I thought it was kinda funny that the singer sounds like a white guy, but it’s probably not a white person honestly. The verses are good, and I think the production is nice, but overall this isn’t something I’ll be listening to again. It’s a decent track though. 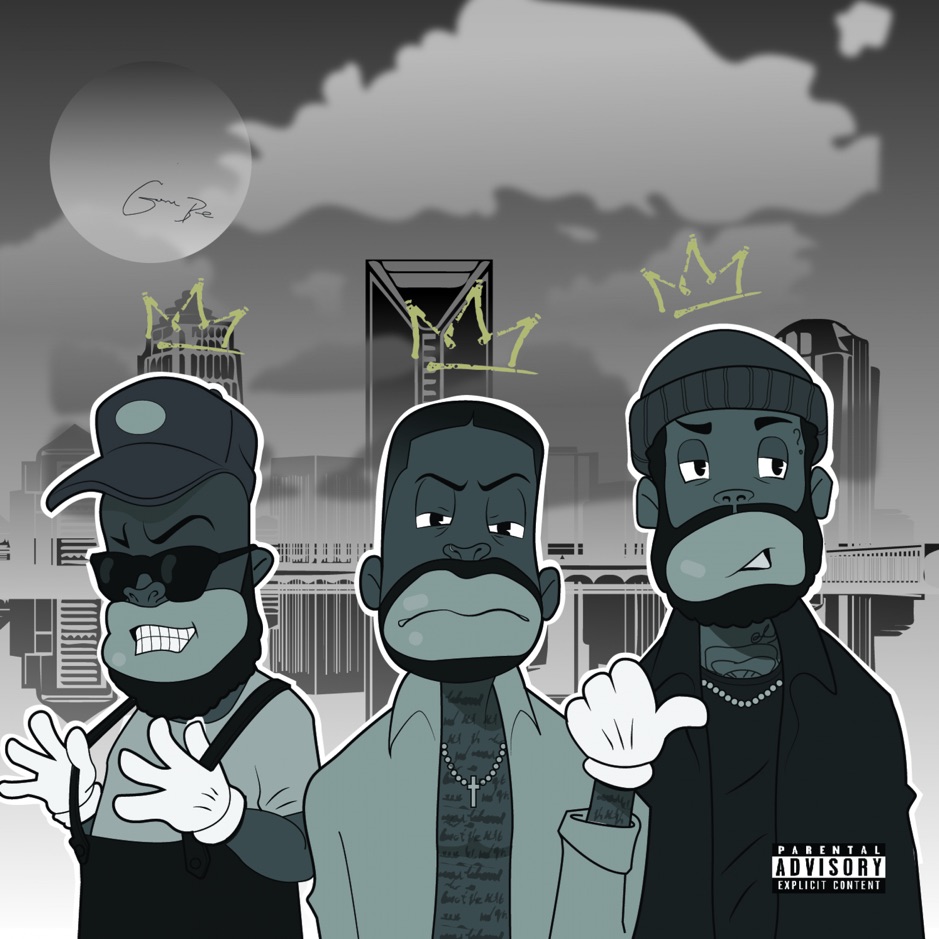 This is the one single I’d already heard before listening to the full project. I wrote about it back when it initially dropped, and my feelings about it haven’t changed at all, so I’m just gonna copy and paste what I originally said.

Four years straight I was signed to a major
That ain’t do shit for me, the lessons I learned later
Made me even greater; hustle harder, and I’m grateful
Won’t nobody give you shit, and streams come with the favors

I really love the production on this track. It kinda sounds like something that Drake would rap over though. The first verse here is pretty good. His flow isn’t amazing or anything, but he clearly puts at least some effort into his actual writing.

The hook is nothing special, but it serves its purpose well enough. The second verse is nice. It has some genuinely romantic lines in reference to his BM. I think the song ends kind of abruptly, but overall it’s one of the better tracks on the EP in my opinion. It’s dope.

This song really stood out from the track listing for obvious reasons. I was shocked to see a feature from Trinidad James, but I was even more surprised to see a beat from DJ Battlecat. I never thought I’d hear a verse from Trinidad James over a Battlecat beat. The production didn’t disappoint at all; the beat is really dope. Deniro’s flow is really nice on this track too. It started off kinda slow, but I was quite satisfied by the time it was over. The hook is okay. Trinidad James’ verse is kinda trash lyrically, but it at least sounds decent. Most of it was just him rhyming the word “moment” with itself. It was fine though. Something about the song feels kinda corny, but I can’t quite figure out why. It might actually be the beat to be honest. I like the instrumental, but it does sound a little hokey. This shit is still good though; I fuck with the song.

By the time I was listening to this track, I realized that this entire album had a strong theme of blackness and hustling. Pretty much every track is about how the economic system in the U.S. handicapped black communities and benefits elite whites, which is pretty cool. I mean, the content is cool. Obviously the actual thing he’s rapping about isn’t good in real life. The first verse on this track is dope as hell.

This beat is really fucking cool too. The second verse is also fantastic.

They don’t hate you ’cause you black, it’s ’cause you black and you made it
I’m an anomaly from poverty, the envy contagious
No tint on my whip got me feeling courageous
Riding with my pistol daily ’cause I’m fearing for safety

I really love the rebellious attitude he has on this song. I think this is one of the best tracks on the project honestly. It’s really simplistic in terms of structure; it’s just two verses separated by a sample of someone giving a speech. However, the production and actual rapping is good enough to make this super entertaining to me. This is dope as hell.

I think the production on this track is pretty cool, and the first verse isn’t really bad at all, but nothing about it is particularly impressive to me. The content doesn’t interest me very much, and his flow is very dull in my opinion. The hook is boring. Nothing about this song is terrible, but the only aspect of it that I kinda like even a little bit is the production. Nothing else about it stands out in any way. The personal content would probably be more interesting if I had more of an investment in Deniro’s life or personality, but this is just really insipid to me. I think the song’s mediocre personally.

9. Everything produced by Marc Spano

I really love the beat on this track, and I think it has arguably the best hook on the whole EP too. The first verse is really nice as well; I like his flow a lot. I feel like Deniro has a lot of the same principles as Nipsey Hussle. It seems like he places a lot of importance in helping those with whom he grew up succeed, which is admirable. The second verse is actually really goddamn great too; his flow is even better here than it is on the first verse in my opinion. Honestly, I think this is easily the best song on the album. This shit is dope as hell to me.

This is a good EP. It’s basically my introduction to Deniro Farrar, so I can’t say whether or not this is an improvement or a decline in quality. I’m hoping that his next release is a bit more polished in terms of the actual songwriting. I’d also like him to become more expressive vocally. He has a really unique voice, but he doesn’t really manipulate it very much; most of his performances are very monotone. It almost sounds like DaBaby mixed with Trae tha Truth. I feel like both of them have more expressive deliveries though. Anyway, the content is much appreciated. It’s the kinda shit you would respond to with a black fist emoji if you read the lyrics in a text. Deniro comes off like a really ethical, trustworthy, and loyal dude, so that’s cool. The production is pretty conventional, but I think it’s solid for the most part. I think he’s a good writer too, so I’d say the one thing I’d like to see improve the most would be his flow and delivery, but overall I enjoyed this EP. I don’t think any of the songs are bad at all. It’s dope.