This album was released on March 13th this year. Last year, Clear Soul Forces released my favorite album from the month of February with what I believed to be their best work up to that point, Still. I’m cautiously optimistic that this latest project will be even better. Obviously this is an exciting moment for CSF fans, but it is bittersweet because this is officially their last album. I guess they’re all gonna be branching out even further into their own solo careers after this. Hopefully they’ll still collaborate every now and then with a song here and there, but this is the last album. Again, it’s bittersweet, but it’s a good indication that they probably put everything they had into this album. I’m sure they wanted to go out with a bang, so this isn’t gonna be a rushed, half-assed dud. I think I’m gonna really love this shit. It’s entirely produced by Ilajide. Speaking of Ilajide, he’s been dropping singles for his upcoming solo album, Code 200, and all of them have been fire. I’m looking forward to getting more updates about that project in the future.

Spoiler: this is the best album I’ve heard all year. Anyway, I really love how jazzy the production on this track is. The bassline reminds me of A Tribe Called Quest. Ilajide & Noveliss kick things off by going back and forth on the first verse, and the chemistry is just as amazing as its ever been. Honestly, out of every Hip Hop group I’ve ever listened to, I genuinely think CSF have the best chemistry. They sound like they share a brain. Ilajide’s flow here is crazy. I feel like I usually praise Noveliss the most, but lately Ilajide’s been really standing out to me even more. The hook is exactly what I expected it to be, but that’s not an issue. It’s dope. Emile Vincent & L.A.Z. trade bars on the second verse, and it’s glorious. I really liked L.A.Z.’s line about folding a rapper like origami. Overall, I think him and Ilajide got the edge on this one. The song is dope as hell overall though; I love the jazzy production, and they all killed it.

This beat sounds a bit more Electronic influenced than the preceding instrumental; it has more synths. The first couple verses from Noveliss & Ilajide were really nice. They both had Dragon Ball references. I don’t know if that was planned or if it was just a coincidence, but I appreciated it either way. I really like the hook on this track—the little record scratches from Illadope were a really nice touch. The Busta Rhymes sample was fire too. Emile Vincent killed that third verse; his flow was fantastic. L.A.Z. really stood out a lot too. I think they had the best performances personally, but if I had to choose just one I’d go with Emile. I just really liked the way he was flowing on this one. This is another awesome track. It’s dope as hell.

This track has one of the most interesting beats on the album in my opinion. The title kinda foreshadowed the sound Ilajide went for with this one. This is gonna sound ignorant as hell, but it sounds Chinese lol. I like the production more than either of the preceding instrumentals though; it’s a really great beat. They all spazzed on this shit too. Their flows were super aggressive. L.A.Z. set this one off really nicely.

Sparkin’ it up, grab your spliffs
Let’s get it foiled again
It’s poisonous pens
Throw quills from out the opium den

Ilajide came right behind him and slaughtered it. The hook from L.A.Z. is nice too. Once again, I was really impressed by Emile’s flow here. He sounded great. Noveliss killed that last verse too. There’s really nothing I don’t love about this track honestly. It has one of the best beats on the album, and they all rapped their asses off. I think Ilajide had my favorite verse overall, but they all ripped it to shreds. This shit is dope af.

I really love this song, but I will say that on my first listen it was my least favorite track. I don’t know if that’s the case any more though. It really lives up to its title. The production is groovier than the roof of your mouth; I love the piano keys that eventually come in. Just like with every other track, every MC in the group went in on this track, and their chemistry is unmatched. The melodic hook from Ilajide is actually really nice. Honestly, I can’t give a specific reason as to why this was my least favorite track at first. There’s not a single song on the album that I don’t love, so if somebody put a gun to my head and told me to delete one of them, it probably would’ve been this. I still think it’s fire though. As of the time of me writing this review, I still haven’t figured out what my least favorite track is because I love the whole album so much. The way they effortlessly trade bars with each other is legitimately mesmerizing. So, I still have to figure out which track is my least favorite. This shit is fire though. They bodied it. The way they were going back and forth on the last verse was amazing. This shit is dope as hell.

This is another one of my favorite songs on the album. Again, I love every single track, but this shit really stood out. I really love how hard hitting and almost messy the percussion sounds. The way they’re just spazzing together all over this track is nuts too. Noveliss had one of my favorite lines.

Ilajide fucking murdered this shit too.

Blaze up a sack, a nigga be hittin’ the 6-1-9 on the track
Jump off a rope, I’m foldin’ my legs to make your neck & back snap
They givin’ me dap, I’m fuckin’ yo bitch, you layin’ stiff on the mat

L.A.Z. came in right behind and a tore it apart too. They all fucking snapped on this shit. It’s dope af.

While trying to think of the best word to describe the instrumental of this song, the only one that came to mind was “fun.” It’s just a really lighthearted beat. The flute that eventually comes in sounds really goddamn great. I really appreciate the Busta Rhymes references on this album and in this song in particular. I didn’t ever think about it until I heard this album, but I feel like A Tribe Called Quest and Busta Rhymes were a big influence on CSF. I think a feature from him would fit in perfectly alongside these dudes. They all killed this track by the way. I know I didn’t really talk about the actual rapping here, but I feel like I’m basically saying the same thing about every single track at this point. They snapped. The song is dope as hell.

This track stands out a lot due to the Radio Galaxy feature. Their smooth vocals on the hook result in a sonically unique track relative to the rest of the project. The line from Ilajide about emailing Kendrick Lamar a remix of his own album and calling it DAMN. spam was tight. I really can’t say who I think had the best performance here because they’re pretty much equal in my opinion. Every time I listen to it my preferred performance changes. As I’m writing this review, I’m leaning towards Noveliss’ verse, but the first time I heard it I was mostly impressed by Emile Vincent’s verse. Again, they all killed this shit. Shoutout to Radio Galaxy too; they sounded great. This shit is dope as hell.

This is my favorite song on the album. They really lived up to the title of the track. They fucking annihilated this song. They were fucking GOING, man. It feels like they’re all just in a cypher together in the booth. I mean, most of their songs feel like that, but this is on another level. I really appreciated that “DO A BARREL ROLL” ad-lib during the first verse from Noveliss by the way. That was dope. I think this song has my favorite hook on the album too. There’s a little bonus, hidden song at the very end of the track. A new beat comes in after a few seconds of silence, and Emile & Ilajide fucking rip it to shreds. It’s the longest track on the album, but it doesn’t overstay its welcome at all. They tore this joint apart, and I fucking love it. It’s dope af.

This is a sequel to a song that appeared on Noveliss’ 2018 solo album called Suspect Spitterzzz. The previous track transitions into this one really well, and I think this song has one of the better beats on the project. It sounds really detailed and layered. Just like with every single other song, every MC involved spit their asses off. I feel like with every listen, my favorite verse will change depending on my mood. As I’m writing this review right now, it’s between L.A.Z. and Noveliss on this one. Ilajide slaughtered that very first verse too though. Overall, the song is dope as hell, and I think I actually like it more than the original track. Noveliss gets bonus points for referencing my favorite fighting game of all time. That shit was fire. 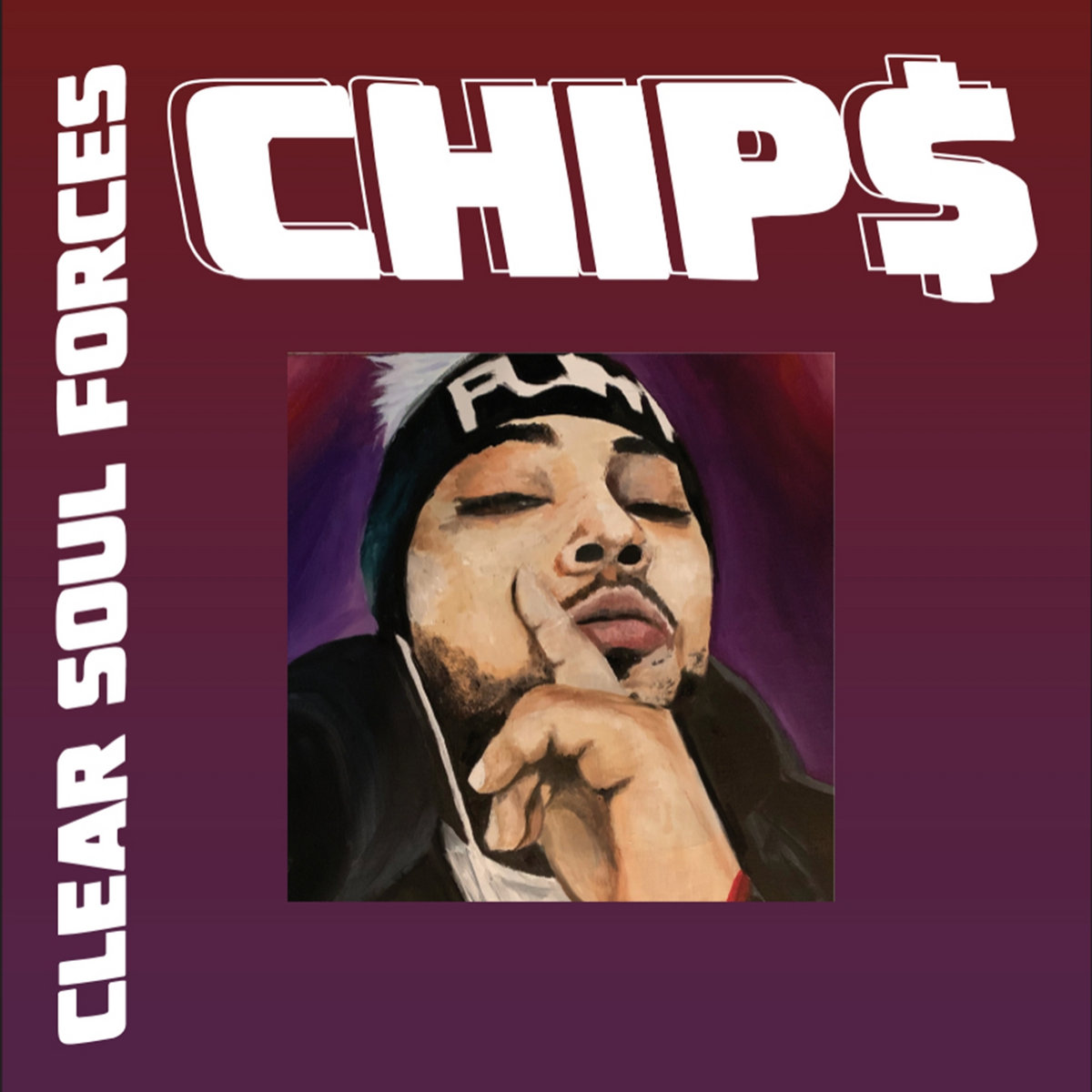 I wrote about this single the week it dropped, and I praised it, but I think I like it even more in the context of the full project. When I saw that it was the closing track, I was a bit apprehensive, but it actually works really well as an outro. The melodic hook is catchy as hell, and I love the production. This shit is fire.

As I said before, I think this album is amazing, and it’s easily the best album Clear Soul Forces have ever made. Again, it’s bittersweet since this is the last one, but I honestly don’t know where they could’ve gone from here. I legitimately don’t know how they could have surpassed this one. I was honestly skeptical that they’d be able to outdo themselves again since I loved Still so much, but this is even more consistent. It’s the perfect length too. This is the perfect example of an album that’s all killer and no filler. There’s not a single track here that I don’t think is fantastic. Shoutout to Ilajide for making these beats too. People tend to focus in on the rapping since the way they trade bars and go at it is so awe inspiring, but I feel like they don’t recognize him as a producer enough. Maybe as a solo artist he’ll get more credit on that front. I’m just glad they went out this way. It would’ve been tragic if they dropped some Idlewild level shit (even though I like that album). By the way, don’t take my “least favorite song” selection too seriously because I love every single track here. My gut just tells me that that’s the song I’d drop if someone put a gun to my head and told me to shorten the album. This whole thing is phenomenal though. I have no consistent gripes with it. It’s dope af, and my favorite album of 2020 so far.