This extended play was released on April 24th this year. The first Director’s Cut EP is the best project I’ve heard all year, so I’m really looking forward to hearing this. Ransom is an elite MC, and Nicholas Craven is an incredibly talented producer. I’m personally not expecting this to be on the same level as the first EP, but I’ll be absolutely shocked if I don’t end up loving it. This project is a little longer than the first one, so there’s more room for error, and there are also some features here. I’m pretty sure Ransom & Nick Craven are planning on releasing a third entry in this series, but I’m not sure when. I’m looking forward to it though. I hope they never stop working together.

This shit is fire. The first beat isn’t amazing or anything, but it’s definitely pretty good, and Ransom slaughtered it.

The quotable’s what I propose to you
I’m still explodable
Locked in the coldest room battlin’ some Corona flu
Ready for war, so I can show it’s true
A general’s ‘posed to be hard to spot ’cause he works as hard as his soldiers do
They say that I’m uncontrollable, I once shot a nigga then showed up late for a photo shoot
That’s what I’m ‘posed to do
I paint violent pictures, my camera lenses is broke in two, Ran is meant for this vocal booth

I had more shit written about this song, but my computer fucked up so I lost everything I said unfortunately. Basically, the instrumental switches up a little after the halfway point of the song, and it’s fucking glorious. The second beat here is one of my favorites on the entire project. This is what I imagine Drake would rap over if he got a beat from 9th Wonder. Ransom murdered this shit too. I love the song. This shit is dope af.

I was a bit skeptical when I saw that Eto was featured on two different songs on this project. I don’t think he’s a bad rapper at all, but it’s rare that he really impresses me. This song is fire though. The production is top notch, and both of the MCs here did a great job. Ransom killed the opening verse.

Back to my street ways, homicides and police raids
‘Cause we paid, but life without worries is what we each crave
I told my son he was baggin’ a quarter key shaved
Don’t be a drag and go find out how much all that D weighed
Ironically, I’m in chains, but talk like a free slave
Receive praise, I’m deeper than bunkers buried beneath graves
Yeah, bet I knock a chunk off this geek’s waves
With these K’s, I take a cap off and make sure the beef’s aged

Eto came in right behind Ran and spit one of the better verses I’ve heard from him. I definitely think Ransom had the better performance, but it’s mainly because his flow and delivery sounded a lot smoother to me. Eto still did a nice job though. The way the song ends is pretty dope. It’s an audio clip of what sounds like a Spoken Word performance. I’m not sure who it is, but he did a nice job. The song is dope as hell.

I think this may have been my favorite song from the project on my first listen, but I can’t remember. The production here is amazing; I really love this beat. Ransom fucking slaughtered the opening verse too.

All aboard on this crooked and twisted journey, I’m cookin’ early
Food for thought, a lot is at stake, now they lookin’ worthy
I shook the jury with a hook and flurry
I ran 30 in his chest with the falcon, got all these rookies girly
My look is surly, full beard with the grays in it
You stay timid, Mount Rushmore of rap and my face in it
A straight clinic, I’m surgical with the shit, Jake
A sick ape, I pound on my chest ’til all of my ribs break

That reference to 50 Cent’s Power show was really fucking dope too.

Kill me? Nah, that’s tricky, ho; too risky bro
Thinkin’ you got power for life until that .50 show
My mama said I’m a hell raiser
A pure shooter like Dame Lillard, a true trailblazer

This is the first song in the entire Director’s Cut series that actually has a hook. It’s handled by Eto, and I think he did a great job. The final verse from Ransom is fantastic.

Let’s try to get to this plot quicker
You not sicker, I’ll cross you niggas like swastikas
You not killers, you petty dealers and shoplifters
Hardest thing to be in this world is somethin’ you not, nigga
Gotta be brutally honest just to get through to ya
I dance with the reaper and did a mambo with Lucifer
Has to be more to this life than models and hookah, bruh
You lack balls, dog; I don’t think that motto is new to ya

This is another amazing song with top notch production and elite level rhyming. It’s dope af.

This song has another fantastic instrumental. I mentioned a sampled Spoken Word performance at the end of Inglorious Bastards, and this track features more audio from that artist. It actually sounds more like a battle rapper than a Spoken Word poet. Anyway, this track has another super straightforward structure. Ransom’s pretty much just rapping the whole time with a quick break in the middle in order to play more of the aforementioned audio clip. I honestly don’t really think that adds much to the song; I was just eager to hear more of Ransom’s actual rapping. I don’t really mind it though. This is my least favorite track on the project, but I still love it. I really could’ve done without the “Chinese eyes” line. He at least was more clever about it than artists like Curren$y or Wiz Khalifa, but it was still kind of eye-roll inducing.

In the gutter where you can find me
Who else gon’ give you the realest verses besides me?
Coronas got my eyes low, lower than Chinese
Supply these niggas masked up over them 5Gs

His performance as a whole is still pretty awe-inspiring though. He killed this shit.

Steel against steel, I’m just sharpenin’ up the sword
That’s regardless of your awards, I’ma harvest all the applauds
I die for you to live, put this martyr up on the cross
Went to Harvard and took a course, I’m an artist you should endorse

Like I said before, the production here is great. The song is dope as hell.

Slow down, I see us a victim, let’s get it crackin’ on him
Hop out, empty a drum and stop all the traffic on him
They won’t even need a casket for him
Better him than you, body’ll melt like you threw some acid on him
Yeah, I’m a cold nigga
Get a hold of ya spirit and watch ya soul shiver
When you chefin’ a drug it cook on the stove quicker
Kill your community, soon to be in that gold Vigor

Most of the bars are delivered from the perspective of the grim reaper himself. I don’t know if I should spoil the story… You can skip to my thoughts on the next track if you don’t want it spoiled; all you really need to know is that this is my favorite track. Basically, it turns out that the grim reaper was using Ransom as a pawn. He was just getting Ransom to kill a bunch of people in order to take their delicious souls, and then when he was done using Ransom he took his soul too. It sounds pretty nerdy on paper, but the song itself is fucking awesome. I love this shit. It’s dope af.

6. There Will Be Blood featuring Che` Noir

This was possibly the most intriguing song on the project. I’m a huge fan of Che` Noir, but I was a bit nervous because I actually think Ransom kinda slaughtered her on her own project that she released back in February. This one was a bit more balanced though. Ransom definitely still had the superior performance, but Che` wasn’t a pushover here. Anyway, this track has one of the most interesting beats on the project. I really love the sample, and the way the beat kinda switches up from the intro and hook to the actual verses really caught me off guard. It’s really awesome though. Honestly, I think I might actually prefer this beat over the preceding instrumental. I guess it depends what mood I’m in. I feel like my answer will change every time I listen to this project. Anyway, Ran fucking decimated that opening verse.

I grew up poor, but didn’t dream poor
I always seen more while peekin’ through bullet holes in my screen door
Always haunted me when they scream more
I’ve seen extreme gore, been in more wars than most the marine corp.
Fuck you postin’ a meme for?
We winnin’, check out my team’s score
Who ever thought I’d make the age of forty?
After Pain & Glory, I was still hidin’ work and guns in a jean drawer 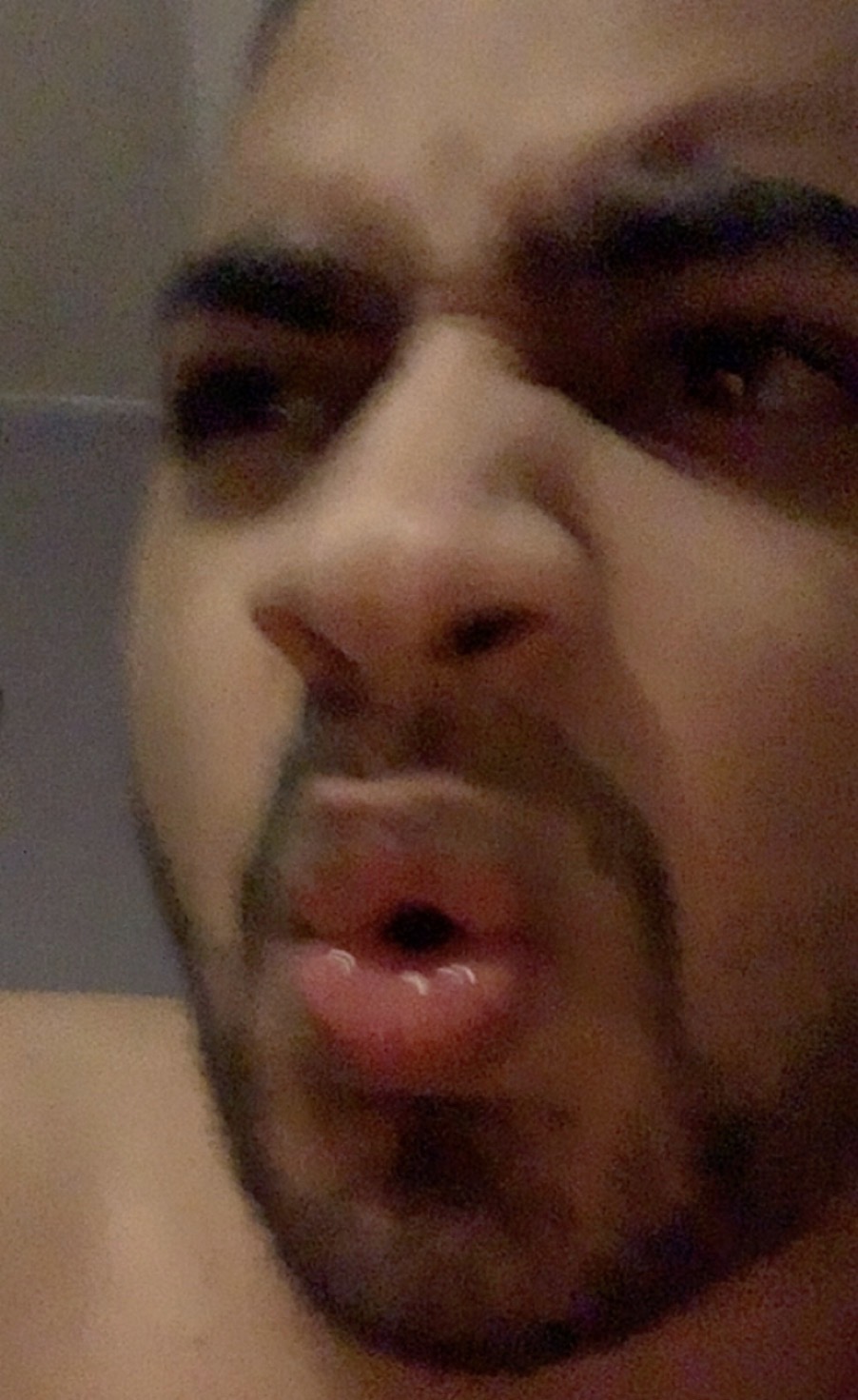 His hook here is pretty nice, and I loved Che` Noir’s verse. I think Ransom definitely stands out more because his flow and delivery are way more aggressive and commanding, but Che` Noir’s verse is very well-written.

Pistol like oil sheen, trigger finger, aim, spray ya head
Concrete where he laid and bled
Shoot his ass again in case he playin’ dead
All my shooters got Jamaican dreads

Again, she doesn’t sound nearly as ruthless as Ransom, but she still did a nice job here. Overall, this is yet another superb track. I live for this shit. It’s dope af.

This is yet another amazing extended play. In the preamble I said that I was expecting this to be worse than the first Director’s Cut project. I guess this one is marginally worse, but it’s really… I mean, it kinda isn’t. They’re basically equal in terms of quality. I think the first one is more consistent since it didn’t have any features and Ransom was just slaughtering everything. There was no fat to trim there. The same can pretty much be said about this one. If Scene One was 97% muscle and 3% body fat, this one is 96% muscle and 4% body fat. I’m beyond satisfied. Ransom has the two best projects I’ve heard all year. Nicholas Craven’s production here is absolutely spectacular. Both of these guys are operating in peak condition. Do not sleep on this shit. It’s dope af.