This mixtape was released on October 2nd in 2014. It was released alongside the Kauai EP, which I will NOT be reviewing since it isn’t a Hip Hop project. It’s fantastic tho. If you’re into Pop-ish R&B you should check it out. I loved it. Anyway, the concept behind this mixtape is that Donald Glover is dreaming that he is the most popular rapper out of Atlanta. Every song on here is him pretending to be an ignorant Trap artist who raps about nothing of importance. It’s not meant to be taken too seriously. It’s kinda like Royalty I guess. I listened to it when it released in 2014, but it’s been a while since I heard it. I’m pretty sure I liked it. I obviously wasn’t in love with it, but I remember thinking it was better than Royalty. Most of these tracks are remixes of popular Southern Rap hits. This project is unfortunately hosted by DJ Drama.

So the first part of this track is just Donald talking about his dream and explaining what life was like for him when he was running Atlanta. “Chick-Fil-A would be open on Sundays.” “Strippers would get Mother’s day off, and I’d have my own Gangsta Grillz mixtape.” Okay, Southern Hospitality is starting now. It’s obviously a remix of Ludacris’ classic song of the same name. I love this beat. It starts with an intro from Steve Smith. “Hey, this is Steve Smith from American Dad, and this is Royalty. STONE MOUNTAIN!” It’s kinda stupid… I fucking love that tho. DJ Drama’s yelling all over this shit. He’s annoying the fuck out of me. He keeps restarting the song. Why the fuck do DJs do that? It’s so annoying. It makes the shit almost unlistenable. DJ DRAMA SHUT THE FUCK UP. Good lord. I know the whole Gangsta Grillz thing is supposed to be special, but I fucking hate it. It’s so fucking annoying. Gambino’s verse doesn’t even really start until the two minute mark. The Dream intro ends at the 44 second mark. It’s dope once he actually starts going in tho. His flow is dope af. He sounds great over this beat. The lyrics kinda just go in one ear and out the other. He sounds good on this beat tho. It was an entertaining song. I fuck with Southern Hospitality. Partna Dem is starting now. This is a remix of Rich Kidz’s single, My Partna Dem. This beat is dope. Again, the lyrics are stupid as fuck, but Gambino sounds great on this beat. His flow is awesome. I love his flow when he says “Hater so mad; he ain’t even know why / Probably all the autonomy / Fuck all your feelings; I’m proud of me / Head was so good; it’s psychology.” I fuck with this song too. This is a dope track. The tags from DJ Drama are annoying as fuck, and the lyrics are dumb, but it was entertaining to listen to. This is dope. 4/5

Alright, I’m pretty sure this is a completely original beat. It’s dope. The intro from DJ Drama is stupid. He sounds like such an asshole. In a funny way tho. The hook is really dope. The first verse is underwhelming lyrically, but I liked his melodic delivery. The second verse was alright. I think I like this track more than the previous one, but I’m still not blown away. I kinda feel like he could’ve went a little harder. His flow was a little underwhelming. I liked the beat tho, and the hook is pretty dope. I fuck with this track. This is dope. 4/5 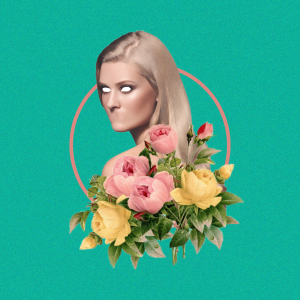 This is a remix of Kari Faux’s single, No Small Talk. Donald left Kari’s original hook and first verse here, so that’s why it says she’s featured. The beat isn’t bad. The first verse honestly didn’t really do anything for me. His flow was nothing special, and he obviously wasn’t sayin’ nothin’. The hook from Kari Faux is kinda cool, but it just lasts way too long. It gets old real quick. Kari’s verse was nothing special. Her flow was kinda nice tho. The third verse wasn’t that good. Donald’s flow was better on this verse than it was on the first one tho. The bridge from Kari Faux is awful. I’m not fuckin’ with this song. This is really bad to me. I really didn’t like anything about this song. The hook was cool at first, but it’s way too repetitive. It got really annoying after a while. This is wack af. 1/5

This is a remix of K. Camp’s song, Money Baby. The beat is cool. The hook is really catchy. I fuck with this hook. The way the beat is mixed during the first half of the second verse is really annoying. Donald’s flow is cool tho. The lyrics are dumb. “Animals, she don’t eat ’em / Hungry for it, I feed her, uh, I feed her / You already know what I feed her / I don’t mess with them fuck boys, she said ‘I don’t either.‘” I’m not feelin’ the first verse. The second verse did nothing for me. Yeah… Nah… I’m not feelin’ this shit. The beat wasn’t bad, and the hook was kinda cool, but the way the beat was edited was annoying as hell, and the verses were wack. I can’t get into this one. It’s wack to me. 2/5

Alright, this first song is a remix of Move That Dope by Future. This beat is really dope. His verse was nice. Again, it didn’t really do anything for me lyrically, but the flow was cool. It’s not a bad song. It’s not the kinda thing I’d ever listen to voluntarily tho. Nextel Chirp is starting now. This song is originally by some guy named Maceo. The beat is dope. The hook isn’t bad. I really like his flow on this verse. This is dope. The way it transitions into Let Your Hair Blow is kinda rough tho… Let Your Hair Blow is definitely my favorite song in this track tho. The beat from Zaytoven is amazing, and the hook from Young Scooter is dope. I’m not sure if this is an original beat or if it’s a remix. I really liked Gambino’s verse. His delivery was dope af. The lyrics kinda reminded me of Drake tho… I don’t know. He just came off as a conceited douchebag, just like Drake. “I don’t swear to God, I just swear to me.” Even his flow kinda reminded me of Drake. It’s still dope tho. Let Your Hair Blow is dope af to me. Overall, I’d say this track is dope. Move That Dope was alright, Nextel Chirp was dope, and Let Your Hair Blow was dope af. 4/5

Alright, I remember thinking this song was fucking God awful. It’s originally by Steve G. Lover, Donald’s little brother. This is the remix. Royalty is comprised of Childish Gambino, Steve G. Lover, Swank & F.A.M. It’s starting now. This beat is dope af. Gambino’s verse was wack. I’m not feelin’ the hook from Steve. His verse wasn’t very good either. Swank’s goin’ in now. His flow is terrible. Jesus. This is awful. This is struggle rap. This sounds like some shit somebody at my school would make. Swank’s verse was awful. F.A.M.’s verse was even worse. Jesus fuck. The beat was dope af, but they completely ruined it. This shit just got worse and worse. This is wack af to me. 1/5

This is just a skit. It’s a fake commercial for a club event that features Childish Gambino. I thought it was fucking hilarious the first time I heard it. It’s really over the top, but I’ve heard real commercials on the radio that sound exactly like this. The way they ended it was fucking genius too. “And everyone, please, have a blessed Martin Luther King Day.“

Track 8: U Don’t Have To Call (Prod. The Neptunes & Ludwig Göransson)

I actually don’t remember a single thing about this song. Apparently it’s a remix of U Don’t Have To Call by Usher. I don’t think I’ve ever heard that song. Maybe I just can’t remember. This track is starting now. It opens up with a random conversation about strip clubs in Atlanta. It transitions pretty smoothly into Donald’s a cappella vocals. His singing doesn’t sound bad, but I wouldn’t ever wanna listen to him singing without music in the background. Oh shit… Okay, once the beat comes on it sounds REALLY fuckin’ good. This beat is dope af. Okay, now he’s kinda doing a Spoken Word verse. I just listened to the whole song. I really wish he just rapped over this beat. The production is fantastic. That’s pretty much the only thing I liked about it tho. I didn’t think his singing was bad, and the Spoken Word thing was fine I guess. I wouldn’t ever listen to this again tho. I wanna hear him actually rapping or singing. I don’t wanna hear Spoken Word from him. This is fine tho. I don’t think it’s bad. Just not for me. 3/5

This was the first track released from this project. I remember loving it when it first came out. The beat is dope af. This is pretty much the only track that feels like a complete song. The beat isn’t too simplistic, and Gambino sounds like he was actually trying. The subject matter is still pretty shallow, but he did a good job with it. I don’t know why, but his flow kinda reminds me of Lupe when he says “I’m doin’ somethin’; stay wit’ it / I sport the Oakland A fitted / ‘Cause it’s moneyball, and I’m throwin’ funny / But all the kids’ll go get it.” The way the beat switches up after the first verse is really nice. This beat is fantastic. The second verse is great too. This is easily the best song on the tape. I definitely fuck with this track. It’s dope af. 5/5

This track is a remix of All Y’all by Timbaland & Magoo. I’m not familiar with the original, and I have no interest in hearing it. This song is starting now. This beat is dope. This is another one of the better tracks on the mixtape. I love the simplistic structure. It’s just one long ass verse. He uses a shit load of different flows, and it’s really fuckin’ dope. I’m not crazy about the sung outro, but it was fine I guess. I fuck with this song. 4/5

This is obviously a remix of Lil Wayne’s classic single, Go DJ. This beat is dope af. Gambino’s flow is awesome on this track. Again, the shit he’s saying is really fucking stupid. He sounded good tho. I fuck with this track. It’s dope. 4/5

Okay, that wasn’t good. It wasn’t that bad tho. I’m glad I listened to it. I got some dope music out of it. This really isn’t the kinda shit I want from Gambino, but that Kauai EP kinda made up for it. I think this project is a little more consistent than Royalty, but not by much. This tape is just okay to me. I definitely think it’s worth checking out if you’re a big fan of Childish Gambino and you have nothing better to listen to. Kauai needs to be heard by all of Childish Gambino’s fans. STN MTN doesn’t. It’s like Royalty 2. It’s Gambino doing generic Southern Hip Hop. It’s alright tho. I mean he did a decent job I guess.