This album was released on February 22nd this year. I’m expecting this to be one of the best albums of the month. I’ve only ever heard the previous two albums from Clear Soul Forces, but both of them were great. To me, Clear Soul Forces is basically what Horseshoe G.A.N.G. should be. They’re four super technical MCs who have flawless chemistry. I think they’re pretty much all equal. If I had to choose a favorite member I’d probably go with Noveliss, but they’re all really great. I haven’t listened to any of their solo projects, so I’ll have to check those out eventually. I don’t really know all of them by their voices because they sound pretty similar for the most part, so I probably won’t be able to talk about who exactly had my favorite lines or verses unfortunately. Anyway, I’m pretty sure almost every beat is handled by Ilajide. I would’ve liked to see some placements from Illingsworth because he’s one of my favorite producers right now, but Ilajide’s a really good producer too, so this should be good.

Pretty much as soon as the beat comes in on this track they start killing this shit. Again, I couldn’t tell you which member in particular is rapping. I’m loving this shit though. The beat isn’t anything special, but it serves as an adequate backdrop for each MC to rap their ass off. I loved that Punisher reference in the second verse.

These guys usually have a lot of nerdy references, which I love. The lines about white supremacy were awesome too. I love the scratches from DJ Odilon. Hmm… I actually think I figured out the order in which they rapped on this track. I might be wrong about this, but I think Ilajide went first, and then Noveliss, followed by E-Fav, and L.A.Z. last. Every verse on this track was great, but Noveliss had my favorite verse personally. There’s nothing about this track that I don’t like. I think this was a great way to start the album. It’s dope af.

I love the ODB sample in this track. I think that’s Noveliss on the first verse. He’s fuckin’ killin’ this shit. I love the references to The Legend of Zelda & Fatal Fury. I think that was Ilajide on the second verse. His verse was great too. I think the production on this track is better than that of the previous track. It’s still not amazing or anything, but it gets the job done. The same thing can be said about the hook. Every verse on this track is top notch. Honestly, I’ll be shocked if there’s a single average verse on this entire project. They all killed this shit. Ilajide had my favorite verse though. I liked his flow the most. Anyway, this track is just as good as the previous one in my opinion. It’s dope af.

This beat is a lot smoother than the first two beats. I’m not crazy about the hook on this song. It’s not that bad though. The first verse from Ilajide was alright. I guess I’m shocked lol. The content just isn’t that interesting to me. There were a lot of sexual lines. His flow was great though. The second verse from Noveliss was fire. Once again, there were a shit ton of nerdy references including Daredevil & Ra’s al Ghul. The way L.A.Z. & E-Fav were trading verses at the end of the song was really nice. This is definitely my least favorite track so far, but it’s still really good. I fuck with this track. It’s dope.

The original version of this track was performed over an instrumental from Nujabes. I really loved the original version of this song, but I think this version from Nameless is even better honestly. The beat is amazing. This is definitely my favorite beat on the album so far. There’s not a single wack verse on this track either. The hook from Noveliss is pretty straightforward. Honestly, this song isn’t that different from any other Clear Soul Forces song. It’s still really great though. I love pretty much everything about it. It’s dope af.

Damn. This beat is fucking awesome. Okay, THIS is my favorite beat so far. The first two verses from Noveliss & Ilajide were great. That line in the second verse about sharting was risky, but I think he pulled it off. I liked it. As you may have guessed, this song borrows the iconic hook from Can I Kick It? by A Tribe Called Quest. All four of the verses on this track were really great. L.A.Z. probably had my favorite verse though. I even liked that skit at the end of the song. “You treatin’ us like we some NIGGAS!” That shit was funny. I kinda wish they actually had some fighting sound effects at the end instead of just making the noises with their mouths, but that’s just me nitpicking. This shit is dope af. It’s actually probably my favorite song on the album so far. I love it.

The beat on this track is pretty great. I think that’s L.A.Z. on the first verse. Ilajide fuckin’ snapped on that second verse. His flow was crazy. I think that was Ilajide. Take what I’m saying with a grain of salt because I’m not that familiar with their voices. E-Fav had a great verse too, but GODDAMN. Noveliss murdered the fuck outta that final verse. The lines he had about Prince along with the Mortal Kombat reference, man… The shit was just crazy. The hook on this track is nothing special, but it serves its purpose. This is another fantastic track. I don’t have any issues with it. This shit is dope af. 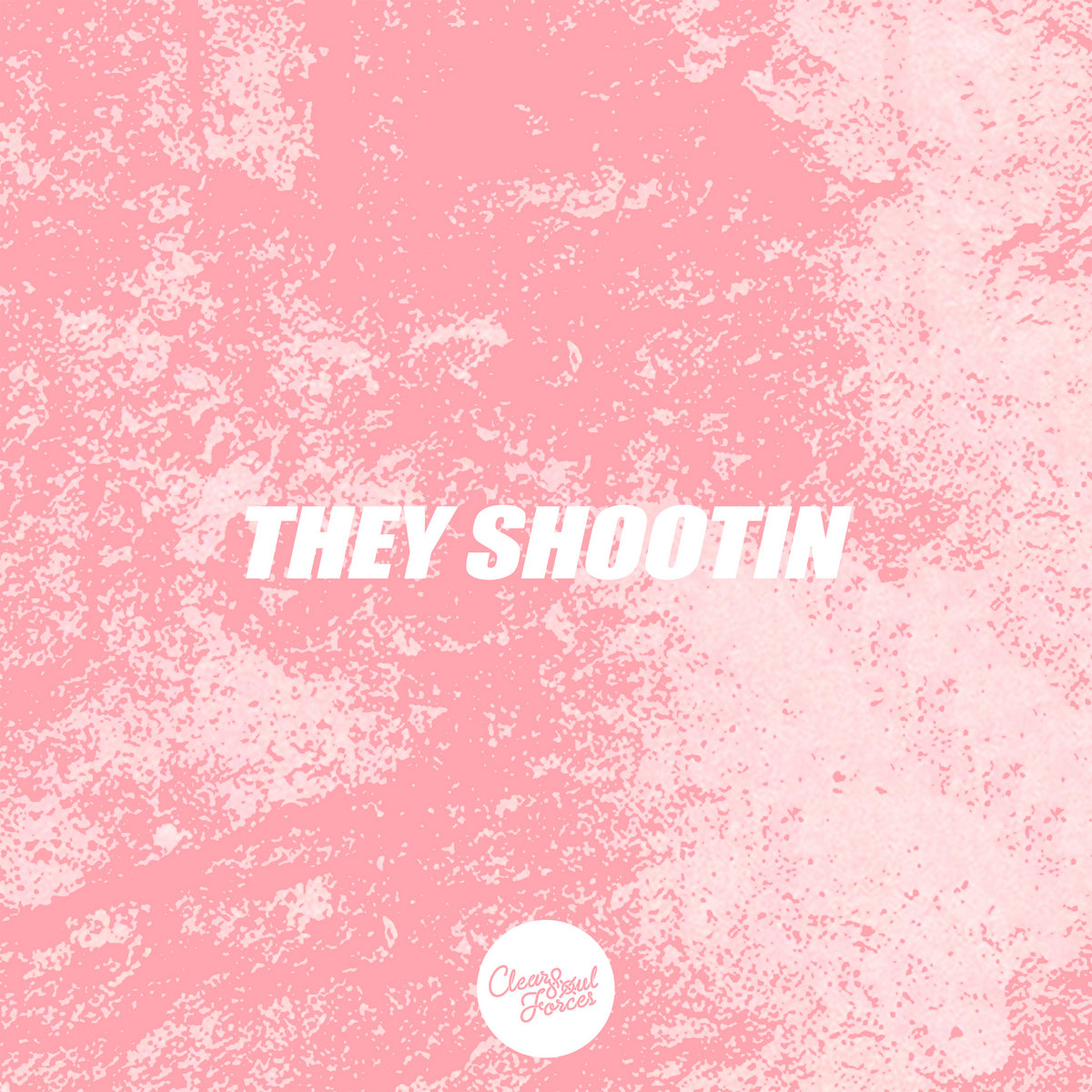 The beat on this track is pretty smooth. I love the way they all trade verses on this song one after another. They all come together to form one full verse instead of doing one individual verse after another. Does… Does that make sense? What I mean is, they’ll each do like four bars to get a full 16 out. It’s just really fun to listen to. Honestly, I think this is my favorite track on the whole project so far. I love their chemistry on this track. Their flows were all on point. I loved that Final Fantasy 7 reference from Noveliss too. This shit is amazing. It’s dope af. The video game inspired music video was cool too.

Hmm… This sample sounds super familiar. The beat’s dope though. Ilajide killed that first verse. The second verse from E-Fav was nice too. I like how each member of their group has their own spin on the hook. The final two verses from Noveliss & L.A.Z. were great. This is another fantastic song. I don’t really have much to say about it since it’s not that different from the rest of the material on this project. It’s still fire though. I love this track. It’s dope af.

Goddamn. This song is fucking awesome. L.A.Z. fucking slaughtered this shit. It’s a solo track from him, and he’s rapping over a really cool beat with minimal percussion.

The whole verse is structured like that. Almost every bar has the word “still” in it. The song is just one verse; there’s no hook or bridge or anything like that. There’s audio of a conversation about Kevin Durant at the end of the track, but I don’t give a shit about that. Anyway, this song is fucking awesome. I love it. It’s dope af.

Damn. E-Fav fucking slaughtered that first verse. This beat is fucking hard as hell too. This should probably be the next single. It’s the bounciest song on the album. The hook is pretty simplistic, but it works. The second verse from Ilajide was cool. Noveliss did his thing too. This pretty much a Trap instrumental. I actually don’t like this track as much as a lot of the other tracks, but it’s not because of the beat. The hook just got old really quickly to me. It was cool of them to actually do something different for once. This track doesn’t sound like the typical Clear Soul Forces song. I think they pulled it off pretty well. This is dope to me.

The first thing I noticed about this song before I even listened to it is the fact that it’s seven and a half minutes long. It’s called Don’t Stop, so I was expecting it to just be an incessant onslaught of bars, but then I realized that that’s pretty much what every song has been so far. This track wasn’t an exception though. The hook is pretty simplistic, but it works. The first four verses from Noveliss, E-Fav, L.A.Z., and Ilajide are all really good, and then the beat switches up about halfway through the track. It’s not really a smooth transition from one beat into another. The first beat literally just ends, and then there are a few seconds of silence before the next one comes in. It sounds like two different songs in one track. I like the second beat more than the first one honestly. Neither of them are really amazing, but they’re both pretty good. Honestly, as a whole this song didn’t really blow me away like I wanted it to. I still think it’s a really good track though. Nothing about it is particularly bad. I think it’s dope.

This album is really great. It’s borderline amazing honestly. It’s easily the best album I’ve heard this month. The production was pretty solid throughout this project. None of the beats are wack, but the majority of them didn’t really blow me away. The main selling point of this record is the lyrical warfare between the four MCs. There aren’t a lot of groups with chemistry as good as these guys. The whole album is a barrage of relentless flows with references to nerdy forms of entertainment like video games and superheroes. If you typically enjoy the kind of Hip Hop that’s just Trap beats with autotuned singing over it, this isn’t really made for you. This is pretty traditional stuff. I don’t think there are a lot of groups that sound like these guys though. Like I mentioned earlier, the closest thing I can think of is Horseshoe G.A.N.G., but these guys are way better in my opinion. One issue that I can maybe see people having with this project is the lack of variation in subject matter. You pretty much always know what you’re gonna get with these guys. It would’ve been cool for them to maybe throw in some concept tracks. I love this shit though. There’s not a single track that I don’t fuck with.