This EP was released on July 2nd this year. I’ve always thought that Dizzy Wright was a technically skilled MC, but his actual music can be kinda hit or miss with me. I enjoyed his previous album, The Growing Process, but it was very inconsistent. Dizzy Wright can get pretty boring to me sometimes. I think he’s a dope MC, but I hesitate to call myself a fan. I skipped his Wisdom & Good Vibes EP that came out earlier this year because I assumed that it was just about smoking weed. His content isn’t always for me. I may still go back and check that EP out eventually tho. I don’t know if I’m gonna like this project personally, but I really doubt that it’ll end up being wack.

Wow, it is REALLY fucking hot in my room right now. This fan isn’t doin’ shit for me. Anyway, this beat is dope. The hook is very underwhelming. I’m not feelin’ his generic flow on the first verse. This sounds… This is really generic. The subject matter is incredibly uninteresting. He’s just rapping about an Instagram model whom he fucks with. I’ve always thought of Dizzy Wright as Wiz Khalifa if Wiz Khalifa could rap, but he’s not even really rapping well on this track. It doesn’t even sound like he was trying on this song. Damn. Okay, that second verse was way better. That Birdman line was hilarious. “Like Birdman, I’m talkin’ to all tree of y’all.” Okay, “hilarious” was a bit of an exaggeration, but I liked that line. It was kinda funny. I still don’t really fuck with song tho. I’m not feelin’ this shit. This is wack to me. 2/5

This beat is dope. The hook is nothing special, but it’s much better than that of the previous track. The first verse was cool I guess. I’ve never thought of Dizzy Wright as a lyricist, but his flow has always been pretty good. The second verse was fine. This song isn’t doin’ much for me. The beat was dope, and his flow was slightly above average, but aside from that nothing really stands out. I don’t think it’s a bad song tho. It’s definitely better than the previous song. 3/5

Track 3: Got The Time (Prod. LarryMakingAllTheHits)

This beat is alright. The hook’s fine I guess. It doesn’t really stand out that much. The first verse was cool. Again, the content does pretty much nothing for me, but his flow was nice. His flow on the second verse was dope. This is another song that I don’t really think is bad, but… Nah. The only thing that really stands out is his flow, and it wasn’t really even that great. It’s a decent song, but I don’t think I’d ever have the desire to listen to it again. 3/5

UUuuuh. This isn’t a good song. The production is boring, and I was getting some slightly misogynistic vibes from the first verse. The hook is kinda catchy. Everything else about this song is incredibly basic. The two guest features were very underwhelming. The music video is absurd. This song is just way too generic. I’m not feelin’ this shit. This is wack. 2/5

Okay, this beat is smooth af. I actually fuck with this beat. It’s dope as hell. Same goes for Dizzy’s flow on this bitch. This is actually a good song so far. I’m really enjoying this one. The hook is cool. Damn… This production is dope af. Alex Lustig did a great job with this song. The content still isn’t super interesting, but I enjoyed the first verse. “Election day is coming / Hope y’all vote for Bernie.” Yes. Dizzy… Yes. I definitely fuck with this song. I don’t have any problems with this one. This is dope af. 5/5

I hope all of Alex Lustig’s beats are as good as the previous one. Yes. This beat is dope. I don’t think it’s as good as the last one, but I still like it. The first verse was alright. The hook’s cool. Meh… I think this is definitely one of the better songs on the project, but I still doubt I’d ever wanna listen to it again. It’s a little boring. It’s not that bad tho. It’s alright. 3/5

This beat is cool I guess. The main loop is really dope, but everything else about it is pretty basic. I’m not really feelin’ the hook. It’s alright I guess. I just listened to the whole song. Nah. Every verse was average as fuck. I wasn’t feelin’ that Sk8 guy either. This is just a very lackluster track all around. I’m not feelin’ this. This is wack to me. 2/5

This beat’s alright. This song has another underwhelming hook. This song is pretty weak lyrically. His flow on the second verse was dope tho. I don’t know. Nothing about this shit stands out. I mean, his flow was good, but that’s not enough to make this song worth listening to more than once. It’s just more generic Dizzy Wright music. I’m not feelin’ it. It’s not even that bad tho. It’s just not very good. 3/5

I don’t like this EP. It just felt really generic and uninspired. That’s… Honestly, that’s really all I have to say. It’s a boring project. Most of the shit sounds the same. The content, production, features… Everything was just generic. His flow wasn’t even that great on most of these songs. It definitely wasn’t bad, but it never blew me away. I don’t think this is that bad of an EP tho. It’s just not good. His fans will probably enjoy this. It just sounds like he tried to go for that trendy, mainstream sound. He didn’t do it well tho. Actually, I can’t even say that he didn’t do it well. He sounds fine doing this. I just don’t really fuck with it personally. It’s really boring to me. I don’t regret listening to it tho. I did get one dope track out of it. I don’t feel like I wasted my time thankfully since it’s only 8 tracks. Anyway, this project didn’t really do it for me, but I think his fans will enjoy it. I still think Dizzy Wright is an above average MC. I just don’t think he showcased his talents very well on this project. It’s mediocre.

Favorite Song: I Can’t Make This Up 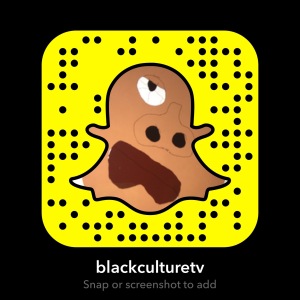