This extended play was released on May 17th this year. DUCKWRTH is someone whose name I’ve been seeing here and there for the past few years, but I haven’t ever actually checked out his music. His name obviously stood out because it made me think of Kendrick. It’s kind of unfortunate that people probably always bring up Kendrick whenever they see his name. I won’t be surprised if he changes his stage name in the future. Or maybe he won’t. Idk. Anyway, since I’ve never actually listened to a single song or even a feature from him before, I have absolutely no idea how I’m gonna feel about it. I have zero expectations. If I end up liking it enough, I might check out his previous work.

Okay, I just watched that short film for this project. I think I’m gonna really like this project a lot. The whole short film was pretty much just a collection of music videos for different songs on this EP. It was only for specific portions of each song though. Anyway, the production on this track is really good. It sounds expensive. It’s very polished. DUCKWRTH’s singing on the intro sounds pretty good. The lyrics aren’t too specific. It’s a short intro, so he doesn’t get too in depth with the subject matter. He just references idolizing someone. In the first part of the song it seems like he’s worshipping them, and then in the second half he’s kinda saying they’re a false idol. It’s a pretty cool track. It’s not amazing or anything, but I enjoyed it quite a bit. It’s dope. 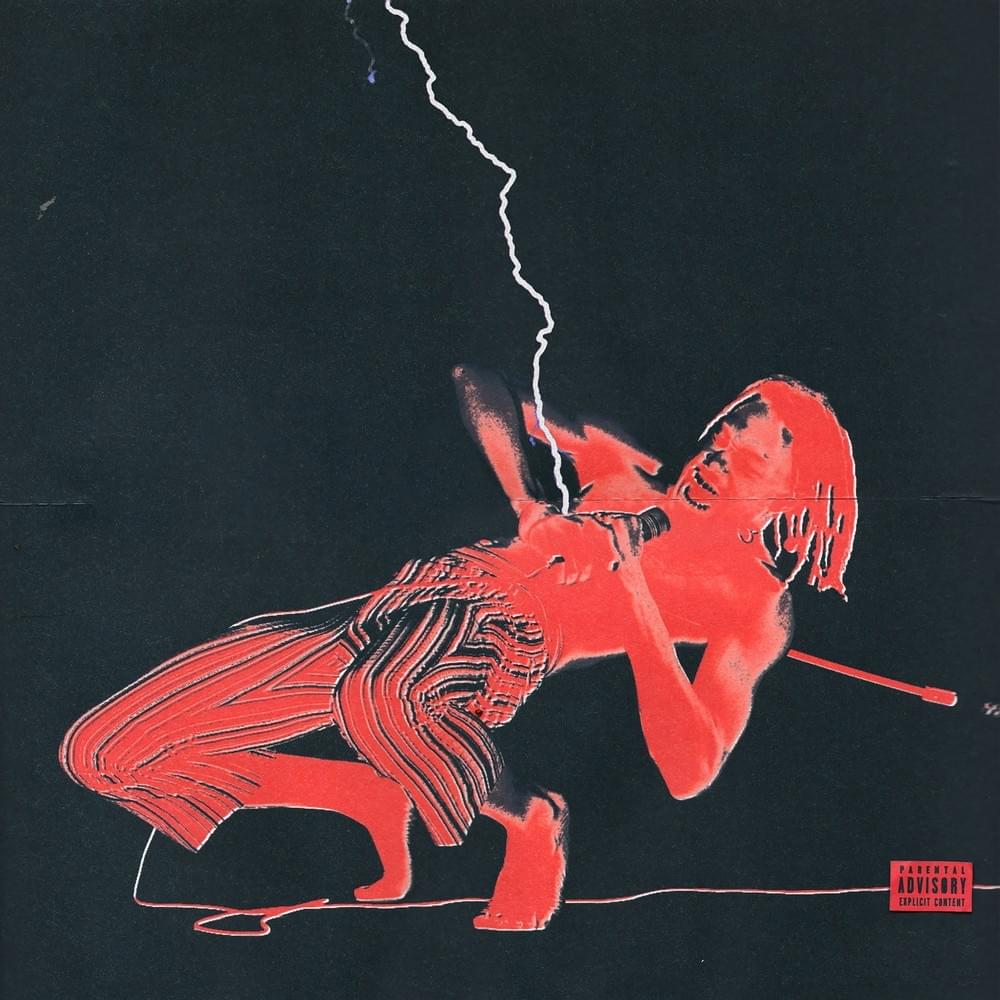 The beat on this track is pretty great. The percussion doesn’t hit as hard as I was hoping it would. It’s still really dope though. The hook is super simplistic, but it gets the job done. The first verse was nice. The lyrics aren’t amazing or anything, but he had some cool lines in there.

DUCKWRTH’s voice has a pretty good range. Sometimes he almost sounds kinda like JPEGMAFIA when he’s rapping. The second verse was dope. His flow was nice. The song goes in an interesting direction after the second verse. That’s when the song gets way more interesting to be honest. He starts singing and it basically turns into an Alternative R&B song. It’s not a jarring switch up though. It works. This is another great song. Again, it doesn’t really blow me away, but I still enjoyed it a lot. It’s dope. The music video was pretty cool too.

The production on this track is pretty solid, and I really like how DUCKWRTH is rapping on this first verse. The way he starts each quatrain off by saying “my N-I-double G-A” is pretty cool, and his flow and delivery sound good too. Lyrically, this is kinda like those racist ass WE WUZ KANGZ memes in the form of a song, but with none of the irony. In other words, it’s like a hotep anthem. I don’t mind it too much though.

My N-I-double G-A
Bein’ that we use it as a term of endearment
Bless my niggas daily, hope that everybody hear it
Lookin’ down on you at the top of the pyramid

The hook is super simplistic, just like that of the previous track. I feel like that’s probably gonna end up being my biggest gripe with the project. The hooks have been kinda lazy so far. The bridge on this track was nice. He’s somehow better with bridges than he is with hooks. Anyway, this is another good song, but it’s probably my least favorite track so far. The main aspect that stands out is the way the verses are structured. The production wasn’t anything special, and the hook was underwhelming. I enjoyed the song overall though. It’s pretty good.

The beat on this track is pretty good. I like how a lot of the beats on this project have had kind of a Rock tinge to them. I’ve deadass been trying to listen to this song for the past two hours, but I keep getting distracted. The lyrics in the first verse from DUCKWRTH were nothing special, but his melodic delivery sounded pretty nice. This song easily has the best hook on the whole project so far. All the features kinda harmonized with a lot of vocal effects. It sounds great. Especially the vocals from Kiana. She did a fantastic job. Okay, yeah. This is definitely the best song so far. DUCKWRTH’s kinda falsetto delivery on the first half of the second verse is awesome. Again, the lyrics aren’t super impressive, but they’re not really bad, and this song is stellar sonically. This shit is dope af.

5. LOVE IS LIKE A MOSHPIT featuring Medasin & Rico Nasty produced by Medasin & AUGUST 08

The hook on this track is super simplistic, but it works well with this beat. I like it. I love this beat, and DUCKWRTH’s voice sounds great on the melodic first verse. I love his flow too. Honestly, this is really fantastic. This might be my favorite track so far. It sounds pretty dramatic, but not to a fault. It’s really dope. I actually enjoyed Rico Nasty’s feature too. I think it’s because she sang instead of rapping. Maybe if she sang more I’d like her music. I’m glad she didn’t rap on this track. I have no issues with this song at all. This shit is dope af. 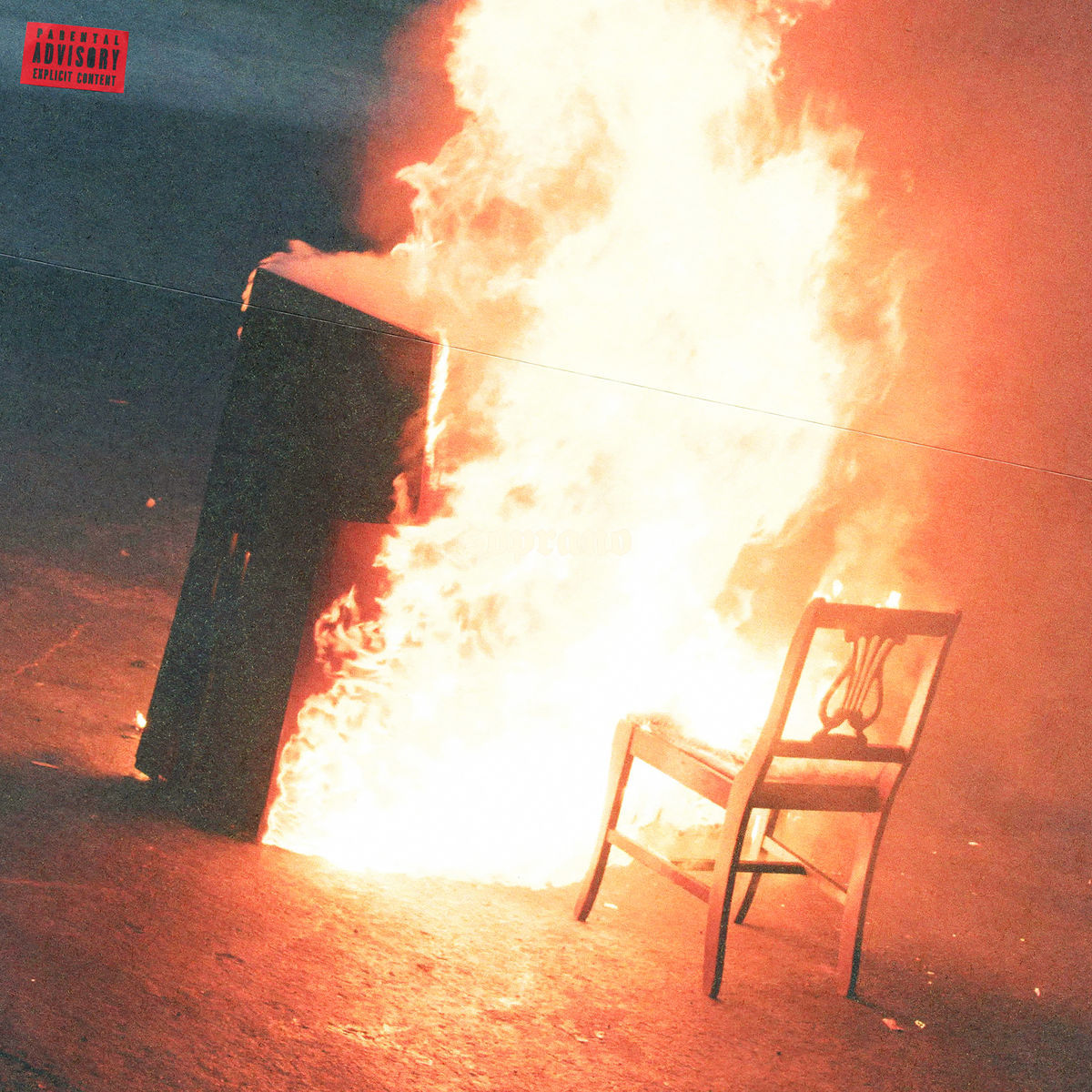 DUCKWRTH’s singing on the intro of this song sounds pretty good, and the lyrics are actually pretty cool too.

Lucifer sings in soprano
Fallen angels listenin’ to Zeppelin
Yo’ mama told you not to listen to secular music
The Devil’s in the trap
Automatic weapons singin’ like tubas
Black Sabbath on vinyl, AC/DC in the summer
Killa Cam in the Winter; this is what you always wanted

The lyrics haven’t really been impressing me that much on this EP that much up to this point, so I was pleasantly surprised when I heard this one. The song has a drastic switch up once the beat drops. It pretty much turns into a Trap song. It kinda sounds like something Denzel Curry would rap over. It’s really great. The first verse is pretty nice. The hook is a little underwhelming, but it’s fine. The second verse was really dope. I feel like this song is kinda supposed to be like a satire of Trap music.

808 sauce, I’ma throw it like spice
Based to the God with that Wonton Soup
Migos just added the wonton rice
Now you can’t get enough, eat ’em all up

Maybe “satire” isn’t the right word. I think it’s supposed to be a commentary on current trends in Hip Hop though, especially after seeing the way the music video ends. It’s a really great video by the way. Check it out if you haven’t. Overall, I fuck with the song. I kinda wish the hook was better, but it’s certainly not bad enough to ruin the track. This is dope.

This song definitely stood out from the tracklist because of the features. I’m more familiar with Mr. Carmack in terms of his production than with his actual vocalized performances, so I didn’t really know what to expect from him. I was excited about the Allan Kingdom feature though. That dude is weird as fuck, and I love it. This song probably has the most Rock influence out of all the songs so far. I really love it. DUCKWRTH’s singing on the first verse sounds awesome, and I love the hook too. Damn. I’m actually probably gonna have a difficult time choosing a favorite track from this project. This shit is awesome. The first two verses from him are great. I’m not really sure why Mr. Carmack was credited as a featured artist because he didn’t actually provide a vocal contribution to the song. It’s cool if DUCKWRTH just wanted to give him some more shine as a producer though. Anyway, the final verse from Allan Kingdom was pretty good. It wasn’t amazing or anything, but I liked it. This song is awesome though. I enjoyed all the verses, and I love the hook. The production is stellar too. This shit is dope af.

The sung intro from NoMBe on this song wasn’t really impressing me that much, but once the first verse starts the production gets a lot more fast paced, and it sounds really awesome. Damn. This is crazy. I love the Rock influenced instrumental, and DUCKWRTH’s aggressive delivery sounds fantastic to me. He’s literally growling and barking in the background at certain points in the first verse. This is wild. The hook is really great too. Honestly, this is one of the best fusions of Rock & Hip Hop I’ve heard in a long time. It’s not Nu Metal. It’s just him rapping over a fast paced guitar riff. I usually hate electric guitars, but the way it’s incorporated in this song is superb. This is so fucking good. Goddamn. I don’t have a single gripe with this song. I thought it started off kinda slow with that intro from NoMBe, but as soon as the beat drops things get way more interesting. This is awesome. It’s dope af.

This EP is really great. Honestly, I can’t say that I have any specific gripes with the project as a whole. The hooks were kinda weak on some songs, but other songs had really great hooks. I guess the lack of consistency when it comes to the quality of those hooks is maybe the biggest issue I have with the project. Also, at no point was I really blown away by any of his lyrics. He’s not a bad rapper, but I don’t think he’s the kind of artist you come to for super quotable lines. The main appeal here is his melodic delivery and production choices. He’s a good singer. I like his voice a lot. He’s got a solid flow too. None of his bars are super wack either. He’s not really bad at all. I wasn’t blown away enough to go back and check out his older releases, but I’ll definitely keep an eye on him and check out his future work. This shit is dope.