This extended play was released on April 19th this year. You may remember $wank from his features on that second Jamla Is the Squad album from last year. That’s how I was introduced to him. One of the songs that he was featured on was called Goodfellas. When I wrote about that track, I said that Niko Brim killed his verse. I was wrong though. The lines I quoted were actually from $wank. Since I wasn’t familiar with either of them, I didn’t know who was who. It’s very impressive that $wank managed to stand out to me so much when he was rapping alongside MCs like Rapsody and GQ. I’ve never heard a solo $wank song in my life. I didn’t even know this projected existed until last night. I’m just giving it a shot because he’s affiliated with Jamla, and I liked his work on their latest compilation. Hopefully he’s legitimately good at making his own music. Anyway, I might be wrong about this, but I think most of the songs are produced by Juran Ratchford. I know he did at least one track, but I’m not exactly sure which ones he did. I know he didn’t do the last two. I’m assuming he did everything else, but again, that isn’t confirmed. Take it with a grain of salt.

It sounds like there was a producer tag at the beginning of this track, but I don’t know who it belongs to. It sounded like it said “Niko.” At first I thought it might be Niko Brim, but I don’t think he’s actually a producer. I’m just gonna assume this one’s produced by Juran Ratchford. Anyway, I know I’ve heard this exact same sample before, but I can’t remember what song it was in. At first I thought it was the sample that Madlib, Mil and Omen flipped on Thuggin’, Brains Flew By & Motion Picture respectively, but it’s different. Then I searched my library for beats by Harry Fraud, but I don’t think he’s used that sample. I also thought J. Cole might’ve flipped it, but I don’t think he has. Jesus, this is gonna bug me forever until I find where I heard it first. Goddamnit. Smh… I literally just spent like an hour searching for it. Fuck it. I’ll probably hear it at some point in the near future. When that happens I’ll update this. Or, if you happen to know, put it in the comments or mention me on Twitter. Oh wait. Shit. HAHAHA. I FOUND IT. FUCK YES. Man, I should’ve fucking known. It’s a fucking 9th Wonder beat. It’s a beat called Tao Tao Love. It appeared on 9th Wonder’s first Zion project. It’s not the same exact beat. The beat on this track is much slower than 9th’s version. Anyway, the beat is dope, and I really like $wank’s sung hook. It sounds like something J. Cole would do. I like $wank’s voice more than J. Cole’s voice though. This hook is really good. Oh man. I can already tell I’m gonna love this project. I really like his voice. He sounds really good over this beat. His flow isn’t super flashy or anything. He sounds good though. The autobiographical lyrics are cool.

According to my peers I was a loser, and they all were winning
Pay attention ’cause this story has a shocking ending
The life I rap about I really lived; I’m not pretending
Sometimes I shed a tear or two when I start reminiscing

This dude’s a really good rapper. The “shocking ending” that he mentioned isn’t actually that shocking at all, but I still really like the story. He basically said that the people who doubted him switched up on him and started encouraging him. It seems like a pretty typical story for a rapper. I really like this though. Honestly, this is a lot better than I was expecting it to be. I don’t really have any major issues with this track. I think it’s dope af. 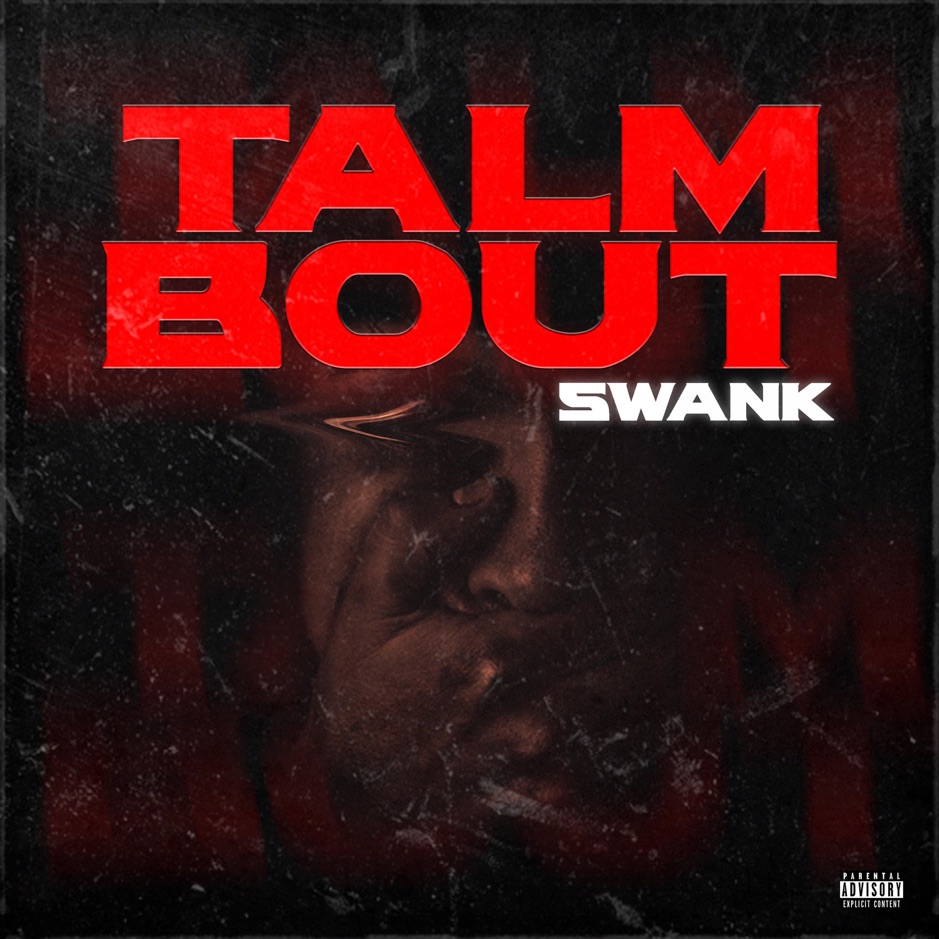 This song has a more aggressive, Trap instrumental. The hook is nothing special, but it’s not bad. $wank’s flow on this verse is pretty dope. The beat seems a little undercooked. This kinda reminds me of that TreaZon album that came out in March. It’s similar in that it has a dope rapper spitting aggressively over an accessible Trap beat. I love the verses on this song. $wank killed it. I just wish the production was more layered and less repetitive. The hook lasts a little too long too. The verses felt kinda short too. He probably should’ve just put both of them together as one verse. He killed this shit though.

All I see is murder
Fuck all you wack rap niggas never heard of you
Money in your hand, but I do it for the free
Man, you in a hearse at the church with a priest
Man, my verse is elite

This dude is really talented. People need to be paying more attention to him because he can rap his ass off. Overall, I think the track is very flawed. The production is lackluster, and the hook gets old pretty quickly. The actual verses on this track are fire though. I think it’s a good song.

This beat is dope, and I love the sung hook from $wank. He’s really good with these melodic hooks. This one’s really catchy. Oh man… His flow on this first verse is nice as hell. Jesus. This is so fucking good. Fuck, man. I’m so glad I found out about this project. This song is awesome. That first verse was great, and this hook is fantastic. This is definitely my favorite track so far. The way he’s flowing on the second verse seems completely different from the first one, but it’s the same in terms of quality. This dude is impressing the hell out of me. Yeah, this shit is fire. I have zero gripes with this track. Well… I guess it did end a little abruptly. That’s a major nitpick though. I think this track is awesome. It’s dope af.

This beat is pretty nice. It’s got what sounds like an old school R&B sample under some Trap based percussion. As you could’ve guessed from the title of the song, he’s rapping directly to his girlfriend. I guess she’s his girlfriend. I’ve listened to the whole song already, and it’s not for me. It’s not a bad song at all, but it’s just not the kinda thing I would listen to personally. It sounds like a Drake song, except it isn’t complete trash lyrically. It’s good for what it is. I just don’t like what it is. Nothing about it interests me. This kinda thing doesn’t appeal to me at all. Again, it’s not a bad song. It’s just not my cup of tea.

Oh shit. This beat is awesome. The sung hook on this track is cool. I don’t like it nearly as much as the hooks on Hold Up or Rise, but it’s solid. This beat is fire. Once again, the title of the track makes the content of this song predictable. There’s only one verse, and it feels really short. It was a cool verse though. I mean, nothing about it really stood out that much. It certainly wasn’t bad at all though. This song feels a little undercooked. The only aspect of it that really stands out to me is the production. The hook isn’t bad, and the verse is solid. It’s just really short. In fact, this is the shortest song on the album. It’s just under two minutes and twenty seconds. It feels kind of unfinished. It definitely could’ve used more actual rapping. I enjoyed the song overall, but it’s not a standout track. It’s pretty good though. I do like it.

6. On My Side produced by sndtrak.

The beat on this track is weird as hell, but I love it. The way it’s mixed is so fucking bizarre. I don’t really know how to explain it. Every few seconds there’ll be a stab that’s mixed way louder than the rest of the beat. It actually leads to a really cool and unique instrumental. I think it might be annoying to some listeners, but I personally think it’s awesome. I’m impressed by this sndtrak. person. Shoutout to them. This is very cool. The way the vocal sample cuts in and out for split seconds at a time is really uh… nifty. I don’t say “nifty.” I don’t know why that’s the word that popped into my head. I think it’s because I already used the word “cool” a couple times, and I was trying to avoid being redundant. Uhhh, anyway, the sung hook from $wank sounds pretty good on this track. This is a love song. Wow. He actually sounds a lot like Lupe Fiasco on this song. I mean, when he’s rapping, his voice makes him sound just like Lupe. There’s only one verse on this song. It’s pretty solid. I think calling this track a “love song” was a bit inaccurate. It’s more like a “shooting my shot” song, akin to Little Brother’s Whatever You Say. The content isn’t that interesting to me, but this song is too cool for me to not like. The production is awesome, and the hook is dope. The beat is definitely my favorite aspect of the song. I think a second verse could’ve made this a little better, but I still think it’s really good as it is. It’s dope.

The beat on this song is really dope. The first verse is good too. This is a really good way to end the project. This actually sounds a lot like a Drake song. His voice is similar to Drake’s voice. Thankfully, his actual rapping isn’t the same quality as that of Drake. I think this song is awesome to be honest. It just sounds like something I’d hear if Drake was actually a good rapper. The sung hook sounds exactly like him. It’s really good though. The second verse is definitely a step up from the first one. They’re both good. This is one of the best songs on the album. I don’t actually have any gripes with this song. I think it’s fantastic. The production is great, the hook is stellar, and the rapping is good too. This shit is dope af.

This EP is kinda great. It’s a little rough around the edges, but the foundation is there. I think $wank is not only a dope MC, but a talented songwriter. He’s got a knack for catchy sung hooks. It seemed like his rapping was more aggressive on the first half of the project, but it wasn’t bad on the second half. I don’t think there’s a single bad song on this project to be honest. Almost all of the beats are good. There was one song I didn’t really care for, but it didn’t bother me at all. It was fine. I see why 9th Wonder cosigned this guy. He’s a great rapper. I’m looking forward to hearing more from him in the future. I’d like to see him do more work with 9th Wonder. I’ve also gotta keep my eye on the producers involved in this project too, especially sndtrak. I think $wank said that this project is somewhat of a compilation of random tracks he recorded between now and 2017, hence the title. I can definitely see that. As I said, it’s a bit rough around the edges. Some of the songs sound like they could’ve used some more work. It’s impressive that I still enjoyed it so much. Anyway, I’m really glad I listened to this project. It’s dope. Check it out.